“When America doesn’t lead–and this administration is not leading–then it fuels and it gives hope to Islamic fundamentalists,” Former Navy Commander Rep. Zinke told Breitbart News.

“Yes, it is appropriate to say Islamic fundamentalist, Islamic radicals because that’s what they are,” he continued, adding that by denying to characterize Islamic terrorists for what they are, Obama is further fueling the jihadist movement. 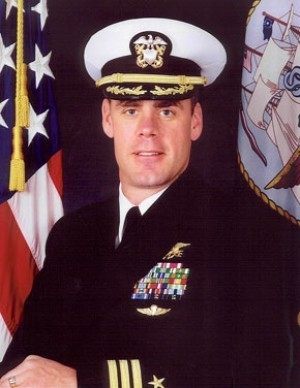 The Montana congressman accused Obama of leading from behind, saying that America needs to assume command and help France, the oldest U.S. ally.

“We need to assist our oldest ally. We share a long and important relationship with France and my heart goes out to the French people over their loss,” said the first Navy SEAL veteran in Congress. “Together the West and our allies in NATO need to help the French because France is not capable of addressing this alone.”

“We’re in full retreat everywhere across the Globe. Our allies no longer trust us. Our enemies no longer fear us, and when America doesn’t show leadership then the consequences I think are clear and of course it emboldens our enemies,” he added.

The congressman condemned the Obama administration for negotiating with terrorists. President Obama orchestrated and executed the exchange of five Taliban commanders for Sgt. Bowe Bergdahl, who was being held captive. Bergdahl has been accused of desertion.

“The strategy of this administration is that, somehow, they can negotiate with an enemy that is based on an ideology that decapitates children and crucifies villages. The core of their ideology is to destroy the West and America,” noted Zinke. “You cannot negotiate with such terrorists because they are not reformable and, when you show weakness to them, that presents opportunity.”

Congressman Zinke told Breitbart News that airstrikes alone are insufficient to deal with the Islamic State (IS, ISIS, or ISIL) in Iraq and Syria. A U.S.-led coalition has been launching airstrikes against ISIS since September.

“We need to recognize that we cannot conduct an air war alone. ISIS will continue to expand and influence under the misguided policy of this administration,” said Zinke. “We have to put Islamic radicals and terrorist organizations on the run and you don’t do that by air operations alone.”

Rep. Zinke accused Obama of not taking concrete action in response to the terrorist attack in France.

“Actions speak louder than words, and the time for rhetoric has passed,” he said.

“I just spoke to my counterterrorism advisor. We have been in close touch with the French government throughout this tragedy,” said Obama. “The moment that the outrageous attack took place, we directed all of our law enforcement and counterintelligence operations to provide whatever support that our ally needs in confronting this challenge.”

“We’re hopeful that the immediate threat is now resolved, thanks to the courage and professionalism of the French personnel on the ground,” he continues. “But the French government continues to face the threat of terrorism and has to remain vigilant.  The situation is fluid.”

Rep. Zinke said that under Obama’s leadership, the United States is prone to a terrorist like the one that occurred in France, adding that America must remain vigilante.

“The US Congress should demand to know what’s this administration’s plan,” exclaimed Zinke. “How are you going to secure our southern border? What is your plan for defeating ISIS? Because clearly air operations alone are ineffective. What’s your timeline? What’s your plan? The American people are tough, but they deserve to know the truth.”

The two jihadist brothers believed to be responsible for the attack on the Paris offices of Charlie Hebdo on Wednesday have reportedly been killed.

“In a separate hostage standoff at a kosher deli in Paris, new reports are suggesting the gunman has also been killed,” reports Breitbart News.