US joins Iran and Iraq in fighting ISIS in Tikrit 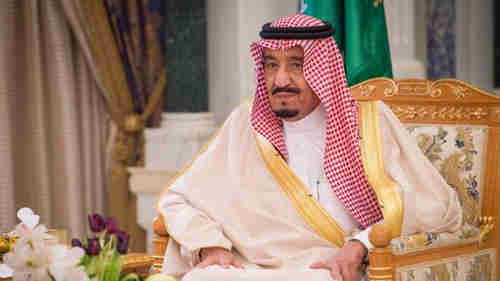 As we reported a couple of days ago, the attempt by Iraq’s army, supported by Iran’s Al Qods Brigades and its legendary commander Qassam Soleimani, to recapture Tikrit from the Islamic State (IS, ISIS, ISIL, Daesh) had reached a standstill even though it was supposed to be have been quick and easy, requiring only a few days.

Both Iraq and Iran had wanted to win this battle without any help from the US-led coalition, in order to gain a public relations victory. So when Iraqi army General Abdulwahab al-Saadi last week called for American help with airstrikes and intelligence, Hadi Al-Amiri, the head of the Badr Brigade of Iraq’s Shia militias, slammed the request, calling al-Saadi a “weakling.”

Well, apparently the humiliation for Iran and Iraq has been too much to bear, and they have requested American coalition air strikes. In addition, the US military will be providing intelligence and surveillance support for the Iraqis and the Iranians.

Long-time readers are aware that ten years ago I wrote, based on a Generational Dynamics analysis, that Iran would become America’s ally as the generation of survivors of Iran’s 1979 Great Islamic Revolution died off, and that the Sunni nations would be allied with Pakistan and China against America, India, Russia and Iran. Ten years ago, the prediction that Iran would be our ally seemed insane, so it has been fascinating and astonishing, in the last two years, to see that prediction come closer to reality every week. The Generational Dynamics methodology, which applies MIT’s System Dynamics to flows of people through generations, has produced one correct analysis and prediction after another, with no failures. There is no web site, analyst, politician or journalist in the world with a better predictive success than the Generational Dynamics web site, as can be seen with the stunning outcome of the Iran predictions, made ten years ago. CNN

On Wednesday, Iran-backed Shia Houthi militias in Yemen who last year had taken control of the capital city Sanaa continued to move south, took control of the airport in Aden, and were advancing to the interior of the city. Abdu Rabu Mansour Hadi, who last month fled from Sanaa to Aden and set up a competing government, is not getting enough support from the Sunni tribes in the south to defend against the Houthi invasion.

Some reports indicate that Hadi fled Yemen by boat on Wednesday, and so is no longer in Yemen. However, his spokesman denies this report, and indicates that he is in hiding somewhere in Aden.

Saudi Arabia has been massing forces on its southern border with Yemen, and on Wednesday evening Saudi King Salman bin Abdulaziz ordered a sweeping military operation against the Iran-backed Houthis. A Saudi official announced that a 10-country coalition was conducting air strikes on Houthi targets in Yemen. According to Adel al-Jubeir, the Saudi ambassador to the US, the airstrikes target move than one city and more than one region. “We are determined to protect the legitimate government of Yemen. Having Yemen fail cannot be an option for us or for our coalition partners.”

A senior Arab diplomat said that that all members of the Gulf Cooperation Council (GCC) except Oman will support military intervention in Yemen. However, the GCC consists of only six countries, and so some non-GCC countries will be involved.

Late on Wednesday evening, the White House announced that it will support the military operation in Yemen with air support, satellite imagery, and other intelligence.

It now appears that a Yemen civil war is well underway. In Iraq, the US will be fighting alongside Iran, but it appears that in Yemen, US support will be opposed to Iran. Al Arabiya and CNN

Obama administration continues to hail Yemen as a model

A bizarre side story to the disintegration of Yemen is that the Obama administration continued on Wednesday to insist that Yemen is a model of counterterrorism campaign in its fight against ISIS and Al-Qaeda in the Arabian Peninsula (AQAP).

Last year in September, prior to Yemen’s meltdown, president Obama said, “This strategy of taking out terrorists who threaten us, while supporting partners on the front lines, is one that we have successfully pursued in Yemen and Somalia for years.”

But in the last few days, the U.S. embassy in Sanaa has been shut down, and several hundred US special forces were evacuated from Al Anad air base in southern Yemen, not far from Aden. The special forces in particular were an essential part of the counterterrorism strategy, which now appears to have collapsed.

However, according to Obama spokesman Josh Earnest on Wednesday:

We have not seen that kind of progress in terms of strengthening the central government, I think you could make a pretty strong case that we’ve seen the opposite of that, but we do continue to enjoy the benefits of a sustained counterterrorism security relationship with the security infrastructure that remains. There are elements of the Yemeni government that we continue to be in touch with that continue to further our efforts to apply pressures to extremists that seek to operate in that country.