Pakistan gives ‘Save the Children’ a partial reprieve 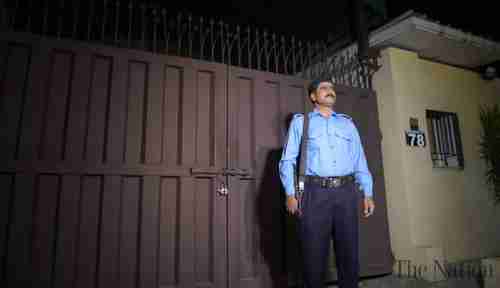 Pakistan is now permitting Save the Children to reopen its headquarters office in the nation’s capital Islamabad, as well as 13 of 73 offices across the country. Save the Children will be forbidden from operating in the Federally Administrated Tribal Areas (FATA), Balochistan, Gilgit-Baltistan and other sensitive areas.

Pakistan’s government has shut down the aid organization Save the Children, locked and seized their office building in Islamabad, and gave them 15 days to leave the country.

On June 11, Pakistan unexpectedly shut down Save the Children, sealing all its offices, giving them 15 days to leave the country. The interior minister announced that it was clamping down on non-government organizations (NGOs) that provide aid:

No explanation was given for closing Save the Children, and government officials were accused in the media of paranoia and xenophobia. Pakistan began to back off almost immediately, and now has allowed some of the offices to reopen.

Pakistan’s campaign against NGOs is believed to have been triggered by the American administration bragging in 2011 that a vaccination program in Pakistan was used as a cover to locate and capture Osama bin Laden. Save the Children says they had nothing to do with that but, since 2011, every foreign aid program has come under suspicion. Pakistan Today and Nation (Pakistan) and BBC

Turkey denies responsibility for ISIS massacre on Kurds in Kobani

The Islamic State (IS or ISIS or ISIL or Daesh) on Thursday killed dozens of Kurds, mostly civilians, in a brutal attack on Kobani. The ISIS militants disguised themselves in YPG uniforms, so they were undetected, until they opened fire. The attack is apparently in revenge for recent gains by Kurdish YPG militias.

As we reported just two days ago, Kurdish YPG militias have inflicted some major military defeats on ISIS in the latter’s stronghold province Raqqa in northern Syria. The YPG victories were attained in combination with forces from the US-backed Free Syrian Army (FSA), and supported by hundreds of airstrikes from the US coalition.

In Turkey, the pro-Kurdish People’s Democratic Party (HDP) accused the government of president Recep Tayyip Erdogan of playing a part in the ISIS victory. It is not known where the ISIS militants came from before entering Kobani, and some HDP officials are suggesting that they crossed over from Turkey with the help of the Turkish government.

An outraged Erdogan accused the HDP of being a “tool of the Bashar al-Assad regime and some international lobbies which are enemies of Turkey,” and said:

We see that the circles close to the separatist organization [Kurdistan Workers’ Party (PKK)], I mean prominent figures from the political party [HDP], are carrying out a slander and black propaganda campaign in the wake of this nefarious attack. They are trying to provoke our nation with these completely baseless claims… I am saying this openly once again, nobody can dare to show Turkey on the same line with terrorism.

The HDP described the ISIS attack on Kobani as a massacre and blamed it on Turkish state support for the militants, a claim which was strongly denied by the Turkish government. Daily Mail (London) and Today’s Zaman (Istanbul)

The high stakes Game of Chicken being played out in Brussels took new steps forward on Thursday as a Eurogroup meeting of eurozone finance ministers ended without any decision. Another Eurogroup meeting will be held over the weekend.

Greek citizens have withdrawn billions of euros from the Greek banking system in recent weeks. To keep the banking system from collapsing, the European Central Bank (ECB) has been providing money to the banks in the form of its Emergency Liquidity Assistance (ELA).

Plans are being made to end the ELA on Monday if there is no deal over the weekend. In that case, capital controls would be imposed on Greek banks, meaning that Greeks would be severely limited in the amount of money they would be allowed to withdraw.

If that is a European threat directed at Greece, then the Greeks have their own threats directed at Europe. First, the Greeks can threaten to go to Moscow for a bailout, which would give Russia sweet revenge for the European sanctions imposed on Russia. And second, Greece could send all the African and Syrian migrants in Greece across the borders into other European countries.

Actually, the negotiations are continuing to follow the Game of Chicken scenario. The logic of the Game of Chicken, where two cars race towards each other at top speed to see who veers first to avoid a collision, is that neither car veers until the last nanosecond, if at all. So if we’re really following that scenario, then we shouldn’t expect a deal until Tuesday, which is supposed to be the final, final, final deadline. Kathimerini and Irish Examiner