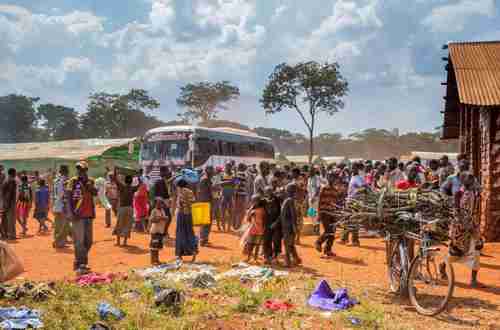 Burundi’s Hutu president Pierre Nkurunziza, who took office in 2005, apparently won re-election on Tuesday in an election that the international community considered to be non-credible.

Burundi is in a generational Awakening era, one generation past the end of a bloody, genocidal civil war, the 1994 war between Hutus and Tutsis in Rwanda and Burundi. Now, all the old hatreds that gave rise to the war are being inflamed again, particularly in the younger generations. This is raising fears that the civil war will be revived in all its fury, something that cannot happen in a generational Awakening era because the survivors will not permit it.

Nkurunziza is a Hutu who apparently is doing his best to stoke those old hatreds with Tutsis. He ran for a third term, in violation of the constitution, and he has responded to Tutsi protests with brutality and violence. More than 140,000 people, almost all Tutsis, have fled to neighboring countries, and are living in squalid refugee camps.

It may be that Nkurunziza is planning to copy the technique of Zimbabwe’s Robert Mugabe. Mugabe is best known for his 1984 genocidal pacification campaign known as “Operation Gukurahundi” (The rain that washes away the chaff before the spring rain). During that campaign, accomplished with the help of Mugabe’s 5th Brigade, trained by North Korea, tens of thousands of people, mostly from the Ndebele tribe, were tortured and slaughtered.

Greece got through last week’s crisis by means of a parliamentary vote on Wednesday that approved increased taxes and pension changes, reforms that prime minister Alexis Tsipras supported only because European officials were “holding a knife at my neck.” And Greece was rewarded with a bridge loan that kept Greece from defaulting two days ago, and also allowed Greece’s banks to reopen on the same day.

That was last week’s crisis. Time to move on to this week’s crisis. The European creditors are demanding a second vote by parliament on a mix of tax hikes, market reforms and spending cuts demanded by the lenders. The plan is that this package will pass Greece’s parliament today (Wednesday), and then on Friday negotiations can begin with the lenders on an 86 billion euro bailout package. The negotiations are supposed to be completed by August 20.

Many people in Tsipras’s far left Syriza party are furious about the direction the country is taking. Since about 40 of the Syriza MPs abandoned Tsipras in last Wednesday’s vote, Tsipras has had to reorganize by firing some Syriza ministers and appointing a minister from the ANEL Independent party, thought by some on the left to be xenophobic, and another minister from the right of center New Democratic party.

On Tuesday evening, Tsipras lashed out at his critics in the Syriza party by taking a hard line:

Up until today I’ve seen reactions, I’ve read heroic statements but I haven’t heard any alternative proposal. Syriza as a party must reflect society, must welcome the worries and expectations of tens of thousands of ordinary people who have pinned their hopes on it. […]

If some believe that an alternative leftist plan is Schäuble’s plan, or grabbing the stock of European Central Bank note, or giving IOUs to pensioners, let them explain to the Greek people.

The references are to a plan by Germany’s finance minister Wolfgang Schäuble for Greece to leave the euro currency (“Grexit”), and other plans to transit to a drachma or IOU-based economy. Instead, Tsipras said that he supports “a compromise, but one which keeps us alive so we can keep on fighting.” Kathimerini and BBC and Reuters

Where will Greece’s 86 billion euro bailout come from?

But OK, even if all goes well in today’s vote, and even if the negotiations that begin on Friday, where is the money coming from for the 86 billion euro bailout?

The International Monetary Fund (IMF) contributed about a third of the funding of the two previous bailouts in 2010 and 2012, but threw Europe under the bus last week by saying that the IMF would not participate in the third bailout unless the Europeans agree to write off part of Greece’s debt — something that German Chancellor Angela Merkel, among others, has said will not happen.

And so, given that contradiction, there will have to be some imaginative fudging to find a way to provide the money for the next bailout.

I wrote a couple of times in the past that it was my personal belief (not a Generational Dynamics prediction) that, one way or another, Greece would remain in the eurozone. That was before the repeated convulsive crises of the last few weeks that brought Greece several times right to the edge of the Grexit cliff.

But now it is even less likely that Greece will leave the eurozone. After going through the past few horrendous weeks of pain, it is almost unthinkable to throw it all away. For that reason, there is little doubt that a way will be found to provide that next bailout. It is really not that hard. Just find somebody willing to pay for it. Kathimerini and Politico Europe