Russian propaganda site Russia Today (RT) is offering its readers a brand new site to navigate the Western media, detailing the biases and shortcomings of American media outlets from the eyes of the Kremlin.

“The world of mainstream media can be difficult to navigate, with countless outlets and various agendas offered on a 24-hour basis” wrote the editors. “With that in mind, RT has created a roadmap of the major players across the globe.” 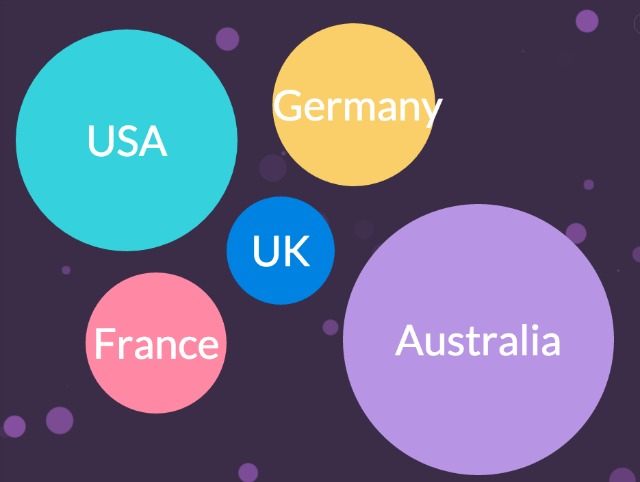 The propaganda site breaks down each popular outlet, naming the CEOs and key people.

Fox News is the only conservative outlet named in the guide under the U.S. It is also the only outlet RT devoted many paragraphs to in order to highlight political bias. RT also noted liberal bias at CBS, but only gave them a blurb.

“Many Fox hosts admit that the station is biased towards the Republican Party,” they wrote. “The network denies it. During the Iraq War, Fox was accused of ‘underplaying’ bad news stories about US involvement in the conflict.”

“Meanwhile, he had nothing but disdain for billionaire Donald Trump, the Republican candidate who is not part of the GOP establishment,” wrote the authors. “Despite Murdoch’s resentment, however, his Fox Business Network continues to give Trump air time.”

Last week, Russian President Vladimir Putin praised Trump as a “bright personality” and “talented” person. Trump eagerly accepted the compliments, stating that he has “always felt fine about Putin.” He condemned the fact that Putin’s regime kills journalists and dissidents, but claimed Putin is “running his country, and at least he’s a leader.”

“RT hopes this roadmap will inspire viewers to ‘Question More’ when it comes to MSM by providing them with a valuable tool that will enable them to make up their own minds regarding the current media landscape,” concluded the editors.

RT also chose to single out one of America’s only Turkish-American political pundits, Cenk Uygur, as a notable former MSNBC personality:

Cenk Uygur was hired by MSNBC amid the growing popularity of ’The Young Turks’ YouTube channel, which has garnered over 1.6 billion views. He was originally given a prime-time slot, but then NBC attempted to shift him around the schedule. Uygur resisted and was fired. He claimed that MSNBC President Phil Griffin told him that “people in Washington” did not like Uygur’s tone. MSNBC denied that, replying “We did have numerous conversations with Cenk about his style, not substance.”

Uygur stated on his final program that he was leaving and turned down a generous salary because MSNBC tried to “cage” him. Management told him to “tone down,” he argued, because “people in Washington are concerned about” the tone of his show. His final program did not indicate he was fired but, rather, told to conform or leave.

RT is a subset of Russia Today, which in turn is a brand of TV-Novosti, an autonomous non-profit organization, and funded by the Russian federal budget. Former Information Minister Mikhail Lesin and Russian President Vladimir Putin’s spokesman Alksei Gromov developed the station in 2005.

In March 2014, RT anchor Liz Wahl resigned on air because she disagreed with Putin’s invasion of Ukraine.

“And that is why personally, I cannot be part of a network funded by the Russian government that whitewashes the actions of Putin,” she said on air. “I’m proud to be an American and believe in disseminating the truth, and that is why, after this newscast, I’m resigning.”

“When this story broke I ran back into the newsroom and saw how we were covering it already and I just knew I had to go,” she told Buzzfeed. “It was the total disregard to the facts. We threw up eyewitness accounts from someone on the ground openly accusing the Ukrainian government [of involvement in the disaster], and a correspondent in the studio pulled up a plane crash before that the Ukrainian government had been involved in and said it was ‘worth mentioning.’”

@Polly_Boiko @ukTanos Lies hun. We do work for Putin. We are asked on a daily basis if not to totally ignore then to obscure the truth

She said the network assigned important stories to inexperienced journalists because they would not stray away from the message.

“The second you start to question or report honestly then you’re a problem,” she said.