Vice President Joe Biden told CBS New the U.S. did not apologize to Iran after the country released ten Navy sailors it had abducted on Tuesday night.

“When you have a problem with the boat, (do) you apologize the boat had a problem? No,” he explained. “And there was no looking for any apology. This was just standard nautical practice.”

The vice president explained that the “the Iranians picked up both boats — as we have picked up Iranian boats that needed to be rescued.” Iranian officials then “realized they were there in distress and said they would release them, and released them — like ordinary nations would do.”

He added that situations like the capture of the two U.S. Navy boats were exactly “why it’s important to have channels open” with the Middle East power. That sentiment was echoed by his Iranian counterpart, Javad Zarif, who tweeted Wednesday a message about the importance of diplomacy and “respect.” 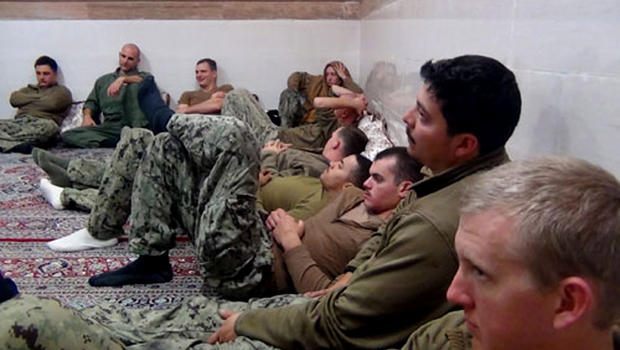 Secretary of State John Kerry issued a thank you to the Iranian regime for releasing the U.S. soldiers.

“I want to express my gratitude to Iranian authorities for their cooperation ‎in swiftly resolving this matter,” he said.

“That this issue was resolved peacefully and efficiently is a testament to the critical role diplomacy plays in keeping our country safe, secure, and strong.”

CNN is reporting that Kerry spoke to Iranian Foreign Minister Mohammad Javad Zarif at least five times Tuesday, and that Kerry said of the situation that it could be “a good story for both of us.”

The Iranian Revolutionary Guards Corps (IRGC) captured two Navy vessels in the Persian Gulf on Tuesday, only hours before President Barack Obama’s State of the Union address. They detained the ships and the ten American sailors.

The Iranian website IRIB News has published photo and video of the capture of the ship, in which American soldiers can be seen forced on their knees by IRGC aggressors. 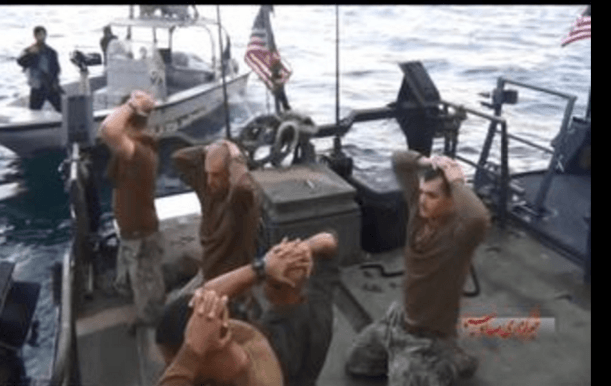 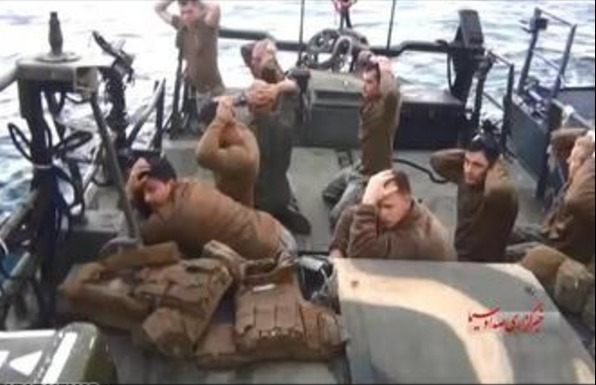 US sailors at the moment of their detention by the Iranian Navy. pic.twitter.com/MW0BNaR1zu 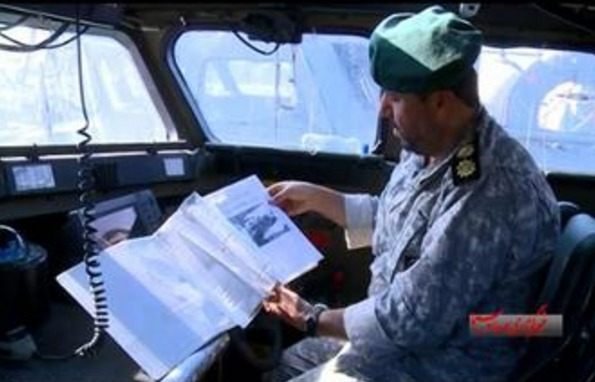 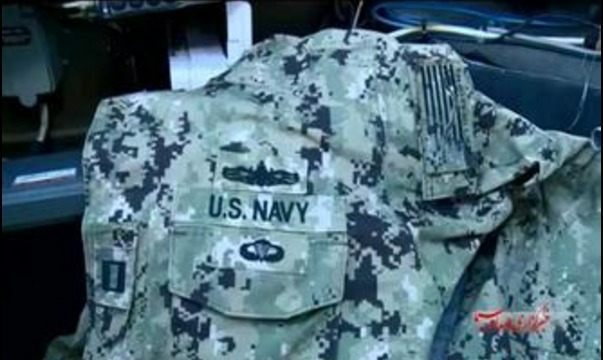 The regime released the soldiers early Wednesday morning after they determined the soldiers did not mean to wade into Iranian waters, though the Iranians have not yet issued any proof the American ships were in, or even near, Iranian territory. Admiral Ali Fadavi, the IRGC Navy Commander, claimed they received an apology from the U.S. while berating the U.S. for acting in an “unprofessional” manner and claiming the presence of the U.S. in the Persian Gulf “disturbed the security of the area.”

He also insisted the USS Harry S. Truman aircraft carrier had made provocative “maritime and aerial” maneuvers after they seized the soldiers.

Two officials claimed the ships drifted as “one experienced mechanical problems and the other attempted to offer assistance.”

President Obama did not mention the hostage situation in his State of the Union address.

President Obama’s one remark regarding Iran was a favorable mention of the Iranian nuclear deal. Of America’s military situation, he said:

I told you earlier all the talk of America’s economic decline is political hot air. Well, so is all the rhetoric you hear about our enemies getting stronger and America getting weaker. The United States of America is the most powerful nation on Earth. Period. It’s not even close. We spend more on our military than the next eight nations combined. Our troops are the finest fighting force in the history of the world. No nation dares to attack us or our allies because they know that’s the path to ruin.