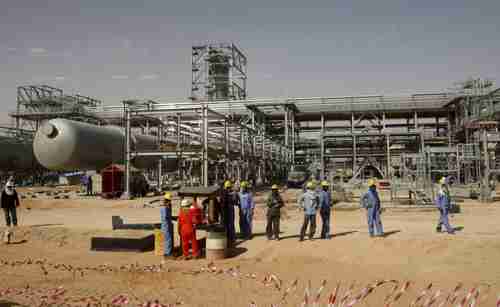 I want to extract one paragraph from the analyst report on Saudi Arabia quoted at the end of this article:

As the Shiite-Sunni contest builds up, Riyadh [Saudi Arabia] sees the two main world powers, America and Russia, tilting towards the Shiite bloc of Iran, Iraq, Syria and Hizballah versus the Saudi-led lineup of the United Arab Emirates, Egypt, Turkey and Pakistan.

This is exactly the alignment that I’ve been predicting for years, based on Generational Dynamics analyses, long before it seemed possible. As I’ve described dozens of times, in the coming Clash of Civilizations world war, the “allies” will be the United States, India, Russia and Iran, while the “axis” will be China, Pakistan, and the Sunni Muslim countries. Quite honestly, I’m as astonished as anyone is when the generational theory analysis and predictions turn out to be true time after time after time.

I’m going to take this fortuitous opportunity to give some advice to all the people who have expressed contempt and scorn every time I’ve made one of these predictions, though they themselves couldn’t predict their way out of a paper bag.

If you’re an analyst, politician, army general, or college professor whose job depends on knowing what’s going on in the world, you would do much better if you took the time to learn generational theory. Generational theory was first developed in the 1980s-90s by William Straus and Neil Howe, who showed how it applied to Britain and America since the 1400s. Generational Dynamics extends their work to include all nations at all times in history, and it provides a forecasting methodology that has been almost 100% successful, as proven by hundreds of predictions in thousands of articles since 2003.

The theory behind the Generational Dynamics forecasting methodology combines historical analysis with MIT’s System Dynamics applied to generational flows, the most significant and important application of MIT’s systems analysis found to this day. The theory also incorporates Chaos Theory (to determine what can and cannot be predicted), Mathematical Logic (to derive results from abstract models of the world), Macroeconomics, Technological Forecasting and Sociological Analysis.

With the price of oil now falling significantly below $30 per barrel, and analysts expecting further plunges, the government of Saudi Arabia is facing existential threats from several directions.

The most obvious threat is the loss of something like 75% of its income from oil exports. This has forced the Saudi government to adopt an “austerity budget” in 2016, cutting back massively on social spending such as free health care, or subsidized gasoline, electricity and other utilities.

Saudi Arabia is deep into a generational Crisis era, with its last generational crisis war having been the Ibn Saud family’s victory over the Wahhabi Salafists that climaxed in 1925. The outcome of that war was an uneasy peace between the two groups that allowed the Saud family to govern but the Salafists to maintain much of the social control in the country, including education and the “religion police.” It is rare for a country to go more than 60 or 70 years without a new generational crisis war, and indeed as I wrote in September ( “12-Sep-15 World View — Saudi Arabia’s Grand Mosque, site of huge construction accident, has links to 9/11”), things really came to a head in 1979 with a major terrorist attack by a Salafist group on the Grand Mosque, shaking the Saudi government to its core. That attack lit the fuse that led to the creation of 9/11 and al-Qaeda and, more recently, the so-called Islamic State (IS or ISIS or ISIL or Daesh).

The 1979 attack might have been the first step towards a new crisis war, but the Saudi government has been able to hold off the Salafists since 1979 by using their vast oil wealth for immense social spending to prevent social unrest. But now, with the new “austerity budget,” the Salafist groups are threatening the government.

When the Saudis executed 47 “terrorists” earlier this month, the government talked about protecting its security. As one pro-government cleric tweeted, the executions were “a message to the world and to criminals that there will be no snuffing out of our principles and no complacency in our security.”

However, one of the 47 was Shia cleric Mohammad Baqir Nimr al-Nimr, and his execution inflamed Iran, as well as Shias in Saudi Arabia, Bahrain, and Pakistan. After Iranians firebombed the Saudi embassy in Tehran, the two countries severed diplomatic relations. ( “4-Jan-16 World View — Saudi Arabia cuts diplomatic ties with Iran as violent Shia protests spread around region”) So the Saudi government is facing social unrest from both Sunni Salafists and Shias.

Saudi Arabia’s new King, Salman bin Abdulaziz al Saud, rose to power in January 2015, almost exactly a year ago, after the death of King Abdullah, and there are concerns about a power struggle and possible coup.

Debka’s subscriber-only newsletter (sent to me by a subscriber) says there is a risk of a coup because of strong opposition to some of Salman’s policies:

With regard to the last item, which I also quoted at the beginning of this article, there is of course a third major world power, and that’s China, and Generational Dynamics predicts that China will be very much on the side of Pakistan and Saudi Arabia in the months and years to come. Reuters (3-Jan) and Washington Post (4-Jan) and Energy Fuse and CNBC and Debka