The government of Colombia has announced that the Zika virus has infected more than 2,100 pregnant women, doubling the cases in over a week.

The National Health Institute confirmed 20,297 cases in Colombia. The latest numbers “make Colombia the second most affected country in the region, after Brazil.” The majority of infected live in the Caribbean region. More than 60% of those are women.

Unlike Brazil, Colombian officials have not reported any cases of Zika virus leading to microcephaly, a disorder in which an infant’s skull is too small to fit his or her brain. Experts are working to understand what has now become a clear link between Zika and microcephaly. 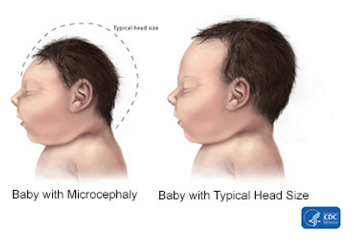 Microcephaly occurs if the brain does not form properly in pregnancy or stops growing after birth. Children can suffer from seizures, developmental delays, intellectual disability, and feeding problems.

The Centers for Disease Control (CDC) stated the disorder is typically uncommon. Following the outbreak of Zika, however, Brazil has discovered over 4,000 cases and is diagnosing an average of 200 cases a week. In 2015, the country tracked over 2,400 cases, compared to the 147 in 2014.

Colombian officials urged women to delay pregnancy due to the outbreak.

“It is recommended that women postpone — to the extent possible — the decision to become pregnant until the country can move out of the epidemic phase of the Zika virus,” pleaded the Health Ministry.

“It’s a very personal decision, but at this moment of uncertainty, if families can put off their pregnancy plans, that’s what we’re recommending,” stated Angela Rocha, the pediatric infectologist at Oswaldo Cruz Hospital in Brazil.

The National Institutes of Health acknowledged that the Zika virus outbreak has reached pandemic levels in Latin America.

“You have multiple countries in South America and in the Caribbean, so by anybody’s definition that would be considered a pandemic,” explained Dr. Anthony Fauci, head of the infectious diseases branch at the institute.

His comments come after experts and the World Health Organization (WHO) warned the disease had “explosive pandemic potential.” Marcos Espinal, head of Communicable Diseases and Health Analysis for the WHO’s regional satellite, the Pan American Health Organization, predicted the world could see “3 to 4 million cases of Zika virus disease.”

Doctors in the U.S. have confirmed at least 31 Zika cases.

“If you have this much Zika in South America and the Caribbean, sooner or later we’re going to see a local transmission,” continued Fauci. “Most of the United States goes through a real winter and that’s very, very important in containing mosquito-borne viruses.”