Pakistan promises to ‘avenge every drop of blood’ spilled by terrorists 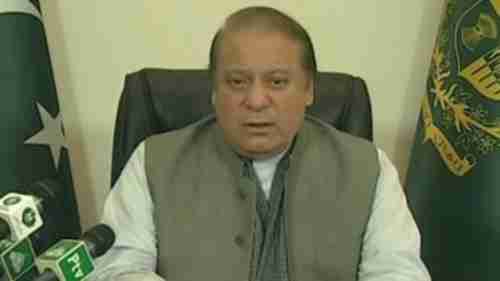 Pakistan is again in a state of shock, following Sunday’s massive terrorist attack on a children’s park in Lahore, killing more than 70 people, including many women and children, and injuring hundreds. Jamaat ul-Ahrar (JuA, Assembly of Freedom) said that they were targeting Christians on Easter, but most of those killed were Muslim.

Pakistanis are demanding to know why these kinds of attacks keep on happening, and why the government and the army don’t put them to a stop. There is widespread suspicion in Pakistan and internationally, and especially in India, that Pakistan’s government is supporting these terrorist militias for use in India and Afghanistan, and that now the Pakistani government is reaping what it sowed.

I understand that at this moment the entire nation is grieving the loss of innocent lives in Lahore tragedy and what message these terrorists want to convey by hitting soft targets.

It is our legal and constitutional responsibility to protect the state of Pakistan. We will bring those spreading religious hatred and sectarianism to justice. …

My brothers and sisters, today again I am here to renew my commitment that we will avenge every drop of the blood of our martyred people and we are doing that, and we will not rest until we have accounted for everything to the end.

God willing, no terrorist can put a dent in our resolve.

It was a great speech, but few believed it, because it has been said so many times before, and nothing is ever solved.

According to Husain Haqqani, former Pakistan ambassador to the US, appearing on the BBC (my transcription):

Every few years, Pakistani leaders announce that they are now going to crack down on terrorists, but multiple crackdowns later, the fundamental situation hasn’t changed. Pakistan since 9/11 has had 8 prime ministers, 3 army chiefs, 7 heads of intelligence. But the problem seems to be that instead of fighting extremism, they always get distracted, either by regional politics, or domestic politics. …

There are parts of the government that do not want to go after all [terrorist] groups, because they think that these groups also represent Pakistan’s interests in the region. For example we understand that the Taliban in Afghanistan have never been the target of Pakistan’s operations because they are useful to Pakistan. Similarly, group’s like Lashkar-e-Toiba … which operate in Kashmir and India have been spared.

Sharif’s televised address did not convince a lot of people. One Pakistani editorialist described these as “The Darkest of Days” for Pakistan:

Once again, a not-so-small group of psychotic bigots have seized the narrative. Once again, a minority group has been the all-too-easy-to-hit target and once again the government is left floundering in the bloody wake and blathering platitudes right, left and center. Prime Minister Nawaz Sharif and Interior Minister Chaudhry Nisar Ali Khan were quick to board the bandwagon of dignitaries paying visits to hospitals and chairing meetings to mumble over the latest failure of the state to discharge its statutory duties, in this instance to protect the citizenry. Nothing of substance will come from their threadbare sympathies and calls for the perpetrators to be hunted down wherever they are, are of no more substance today than they were in the past.

The fact is that the perpetrators are all around us, hiding in plain view, and if there was a poll conducted among those protesting outside parliament, it may be found that some at least had sympathies with those who butchered women and children. After all, the persecution of minorities figures large in their list of 10 demands currently awaiting ratification by default as a weak government is unable to do anything much beyond a little light tear-gassing.

In any other country, the Lahore atrocity would be seen as a watershed moment for the government of the day. Not so in Pakistan, where wholesale butchery is standard fare in 2016. …

The reference to “those protesting outside parliament” alludes to another part of Sunday’s story, where some 10,000 people in Islamabad were protesting the execution of the murderer of a Pakistani official who tried to protect a woman from being executed for blasphemy because she was a Christian. Among the demands of the protesters were the immediate execution of the woman, and that all five million members in Pakistan of the Ahmadi branch of Islam be expelled from the country. The editorialist says that it seems reasonable to believe that many of these protesters were themselves supporters of the terrorists that had committed the massacre on Sunday in Lahore. Pakistan Observer and ITV (London) and Express Tribune (Pakistan)

In an operation that sounds a little bit like “Round up the usual suspects,” Pakistan’s army on Monday arrested a number alleged supporters of terror groups in the Southern Punjab district of Punjab province. According to an army PR spokesman: “A number of suspected terrorists and facilitators have been arrested during the five raids which were conducted in Lahore, Faisalabad and Multan after the Lahore suicide explosion.” He added that a “huge cache of arms and ammunition” were also recovered.

Lahore is located in northeastern Punjab, but the Southern Punjab district is Pakistan’s hotbed of jihadist activity. It is economically one of the poorest regions of Pakistan. The local government is riddled with corruption. And it is crowded with over 7,000 madrassas and seminaries, where young people go to be educated in extremism by militant leaders who operate with impunity.

According to the BBC’s Pakistan correspondent Owen Bennett-Jones, there are about 100,000 of these militant leaders, so rounding all of them up is not a simple problem. Express Tribune (Pakistan) and The News (Pakistan)

Owen Bennett-Jones, the BBC’s correspondent in Pakistan, gave a lengthy analysis of the relations between the government, the army and the Taliban. He says that prime minister Nawaz Sharif is completely controlled by the army, since the army has the ability to force him out of office, as it did in a military coup in 1999 the last time Sharif was prime minister.

Bennett-Jones says that the army is using terrorism to take greater and greater control of the government, leaving the prime minister, Nawaz Sharif, with less and less power. A major turning point was the December 2014 horrific Taliban attack on a Peshawar army school, killing over 130 schoolchildren.

Bennett-Jones was interviewed on the BBC on Monday (my transcription):

Sharif was kicked out by the army last time he was prime minister. His top priority during this term of government was to get civilians running things, that has totally failed.

The army, after the Peshawar school attack just completely took over in all sorts of domestic areas. They already had control of foreign policy and nuclear policy, they then took over the legal system, they have military courts, and whole areas of domestic policy.

And now there’s another encroachment by the area into a civilian area. They’re now operating in Punjab, the prime minister’s own province. It’s part of a trend. The prime minister can only agree with the army. Otherwise he fears they will kick him out.

I think they’re targeting in this sweep of southern Punjab Lashkar-e-Jhangvi, which is a group they’re already in confrontation with. Most of the groups the state is not taking on, and many would say indeed is cooperating with, but the army doesn’t think it take them all on at once. There are some big groups, they are very strong, they have different objectives, but if they all turned against the state at the same time, the state would have a problem. So they have to pick and choose whom they fight.

Lashkar-e-Janghvi (LeJ) has publicly stated that its goal is the extermination of all Shia Muslims in Pakistan, and has been methodically setting off bombs in order to achieve that goal. An LeJ statement issued in 2011 says:

Our mission [in Pakistan] is the abolition of this impure sect and people, the Shias and the Shia Hazaras, from every city, every village, every nook and corner of Pakistan. Like in the past, [our] successful Jihad against the Hazaras in Pakistan and, in particular, in Quetta is ongoing and will continue. We will make Pakistan their graveyard– their houses will be destroyed by bombs and suicide bombers. … Jihad against the Shia Hazaras has now become our duty. … We will rest only after hoisting the flag of true Islam on the land of the pure — Pakistan.

It could be considered somewhat amazing that an internal Pakistani group implementing a plan to exterminate all Shia Muslims in Pakistan could still exist, but according to Bennett-Jones, many of these Taliban-linked organizations are too big to fight.