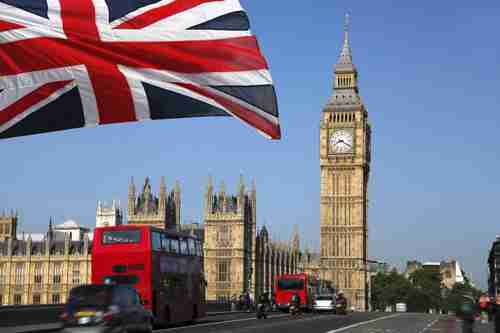 A report produced by the UK Parliament Foreign Affairs Committee strongly condemns the 2011 intervention in Libya, mostly by the UK and France, with US support.

The consequence was political and economic collapse, inter-militia and inter-tribal (warfare), humanitarian and migrant crises, widespread human rights violations and the growth of [the so-called Islamic State (IS or ISIS or ISIL or Daesh)] in North Africa.

This report was written by politicians to criticize other politicians, and on that basis alone there is no reason to believe that the report is anything but a collection of politically charged accusations based carefully selected “facts” from people who have no clue what’s going on the world.

As I wrote in March, there was a bloodbath going on in Libya in early 2011, with a massive refugee crisis with hundreds of thousands of refugees pouring into neighboring countries. Muammar Gaddafi declared war on the protesters, and the Arab League requested a no-fly zone over Libya.

The ironically named “Arab Spring” began in early 2011, and resulted in chaos in Tunisia, Libya, Egypt, Yemen, Lebanon, Syria and Iraq. No politicians could have either caused or prevented this chaos, or could even have predicted that it would happen. It was caused by the rise of a new generation of young Arabs throughout the Mideast.

Nonetheless, this report complains that David Cameron should have predicted that militant extremist groups would attempt to benefit from the rebellion, that a proper predictive analysis should have been made, that the country was poorly understood, and that there was no effective advance strategy to support and shape post-Gaddafi Libya.

In fact, from the point of view of Generational Dynamics, Chaos Theory tells us that none of those things could be accurately predicted or formulated. In fact, all of the countries mentioned above were chaotic in different ways, and nobody that I’m aware of correctly predicted what would happen in any of them. BBC and Guardian (London) and UK Parliament

Libya and Syria illustrate the intervention dilemma for policy makers

There is an obvious comparison to be made between the Libya intervention and the Syria non-intervention. Both situations were chaotic, both occurred as a result of the “Arab Spring,” but the West intervened in Libya, but not in Syria.

The consequence was political and economic collapse (worse in Syria than in Libya), inter-militia and inter-tribal (warfare – in both countries), humanitarian and migrant crises (much worse in Syria, with millions of refugees flooding into neighboring countries and Europe), widespread human rights violations (Bashar al-Assad’s massive genocidal attacks on Sunnis) and al-Assad’s creation of ISIS, which spread to Iraq, Libya and other countries.

My opinion is that the policy of non-intervention in Syria has been a major geopolitical disaster, while the intervention in Libya has mitigated a disaster already in progress.

At the very least, this comparison illustrates the complexity for policy makers about when the intervene.