This weekend, the mainstream media is in total hysteria, with reporters screaming like babbling idiots, almost unable form a complete sentence without saying something that’s incredibly fatuous or stupid.

As always, in my daily Generational Dynamics World View articles, I try to report what is really going on in the world, which is what the tens of thousands of my readers count on. While reporters are screaming obsessively at each other about the executive order, there are really significant things going on in the Mideast, Africa and Asia that are far more important to our future than one political story.

Unfortunately, I’m only one person, who has limited time beyond the exigencies of having to earn a living, at a time when the number of real international crises keep growing, even if the mainstream press ignores them for the cotton candy of political partisanship. But I hope that you’ll bear with me, Dear Reader, and I’ll continue to do my best to apply the Generational Dynamics methodology and to inform you of the really important events in the world. 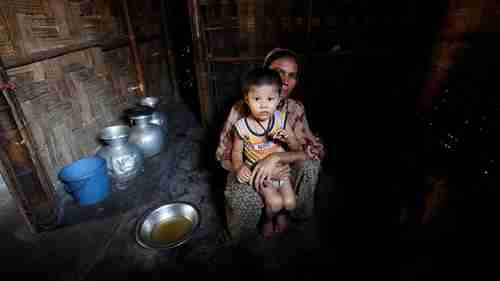 Ko Ni, a legal adviser to Myanmar’s (Burma’s) government was shot to death by a gunshot to the head as he walked out of the arrival gate at Rangoon’s airport, after returning from a flight overseas. Ko Ni was a Muslim who was ethnically Burmese. He was the most prominent Muslim member of the government. He was also an advocate for human rights as regards Muslims, and ran a law firm that aided Muslims. No motive for the assassination is yet known, but it’s believed that motive is related to this Muslim human rights connection.

Ko Ni was particularly an adviser to Aung San Suu Kyi, the de facto head of Burma’s government, after her party, the National League for Democracy (NLD) won the elections in November 2015. Suu Kyi won a Nobel Peace prize years ago when she was under house arrest, and her ascension to power gave hope not only to citizens of Burma but also to the international community who were hoping for stability in the country.

However, Suu Kyi’s refusal or inability to stop the rapes, beatings, torture and slaughter of Rohingya Muslims in Rakhine State by the army has caused Suu Kyi’s reputation to plummet, and the assassination of Ko Ni will only further complicate the situation. Myanmar Times and Independent (Ireland) and International Business Times

The ethnic cleansing and violence by Myanmar’s (Burma’s) mostly Buddhist army targeting Muslim Rohingyas has been worsening in recent months. Myanmar has essentially admitted guilt by refusing to permit international journalists or investigators into the region, as stories of beatings, rape and torture continue to leak out, and as satellite pictures show entire villages burned down by the army.

Concerns are growing that the ethnic cleansing of Myanmar’s Rohingya population is threatening the stability of the entire region.

Since October 9 of last year, after nine Myanmar border police were killed in an attack blamed on Rohingya militants, some 65,000 Rohingyas fled across the Myanmar border to Bangladesh to escape the violence by Myanmar’s army. The total number of Rohingyas in Bangladesh is estimated to be around 400,000, mostly living in filthy refugee camps.

Bangladesh is under international human rights pressure to allow more Rohingyas to enter Bangladesh, but they place a heavy burden on Bangladesh’s resources. As one journalist wrote, “in the conditions which prevail today, morality suggests that Rohingya fleeing persecution in their country be let into Bangladesh. At the same time, a sense of reality points to the terrible burden that could be put on Bangladesh’s resources if they are allowed entry, with hardly any guarantee that they will soon, or ever, go back home.”

Malaysia’s Prime Minister Najib Razak called an emergency meeting of the 57 countries in the Organization of Islamic Cooperation two weeks ago in Kuala Lumpur. Najib said at the conference:

Malaysia is a Muslim-majority country, and it is for that reason that Najib chose to interfere in the internal affairs of Myanmar, something that would otherwise be unthinkable among the southeast Asian countries.

The fear is that with the swelling population of Rohingyas that have fled to Bangladesh and other countries, they present an easy target for recruitment by the so-called Islamic State (IS or ISIS or ISIL or Daesh), which is trying to get a foothold in the region, or by other jihadist groups.

It is feared that unless Myanmar ends the ethnic cleansing of Rohingyas, the result will be terror attacks and instability throughout the region. Institute of South Asian Studies and Reuters (20-Jan) and Indian Express (9-Dec)