The New York Times cites Turkish police as estimating that one million people congregated in Istanbul on Sunday to listen to CHP leader Kemal Kilicdaroglu deliver a speech calling for justice for those wrongfully imprisoned after July 15 of last year. Police documented no significant scuffles or incidents of violence. 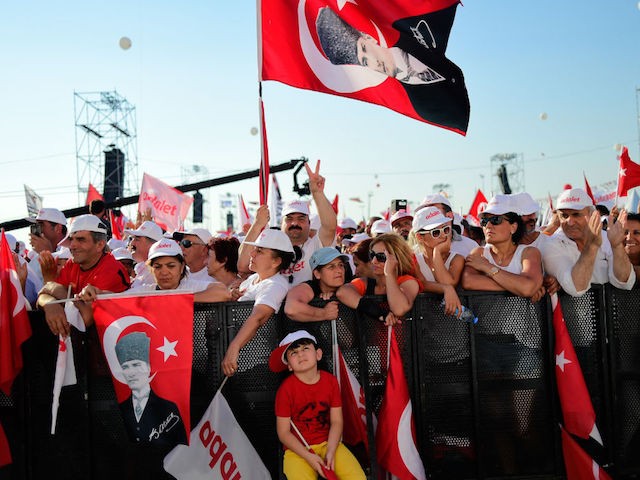 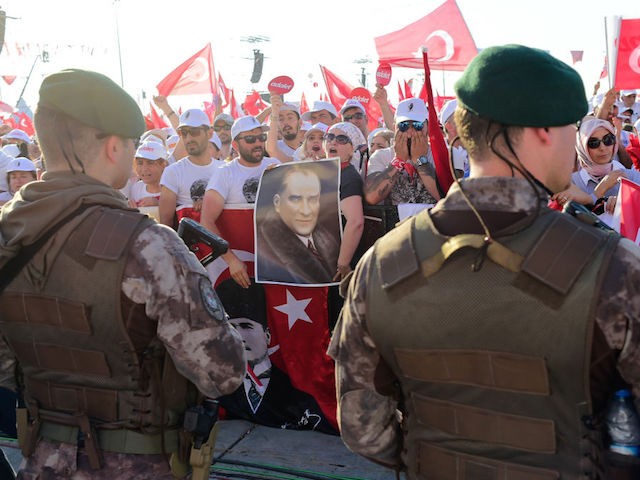 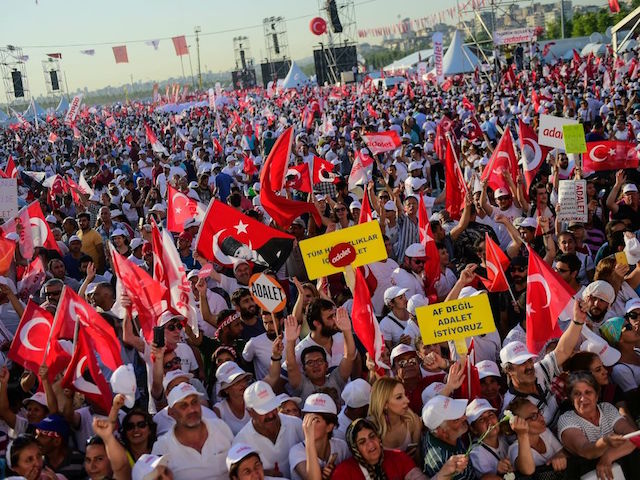 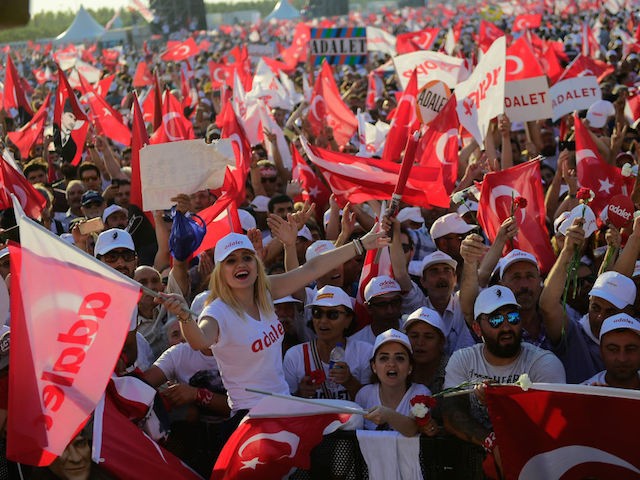 The walk from Ankara to Istanbul began on June 15, a day after CHP lawmaker Enis Berberoğlu was sentenced to 25 years in prison for “espionage.” Berberoğlu, a former journalist, allegedly provided intelligence to the anti-Erdogan newspaper Cumhuriyet that Turkey’s National Intelligence Service (MIT) was shipping weapons to anti-Assad factions in Syria. The government also prosecuted Cumhuriyet’s editor-in-chief at the time, Can Dündar, and Ankara bureau chief Erdem Gül over the article.

Berberoğlu became the first CHP legislator sentenced to prison following the ruling Islamist Justice and Development Party (AKP)’s vote to strip parliamentarians of their prosecutorial immunity. The government had focused instead of detaining and sentencing members of the pro-Kurdish People’s Democratic Party (HDP), whose co-chairs are both behind bars for alleged ties to “terrorism.”

Kilicdaroglu, whose party opposed the referendum switching Turkey from a parliamentary to a presidential system, said in his address at the rally celebrating the culmination of the march that the CHP would continue to organize street protests and demand the freedom of those he says were wrongfully imprisoned as alleged coup plotters. The CHP alleged, following the referendum, that they had found ample evidence of fraud, including the approval of hundreds of ballots that did not receive the legal stamp necessary for verification. “There is only a single place for our demand for justice and that is the streets,” he told the crowd. “The last day of our Justice March is a new beginning, a new step.”

“The era we live in is a dictatorship,” Kilicdaroglu asserted. “This is a rebirth for us, for our country and our children. We will revolt against injustice.”

The CHP was created by the founder of the Republic of Turkey, secular leader Mustafa Kemal Atatürk. 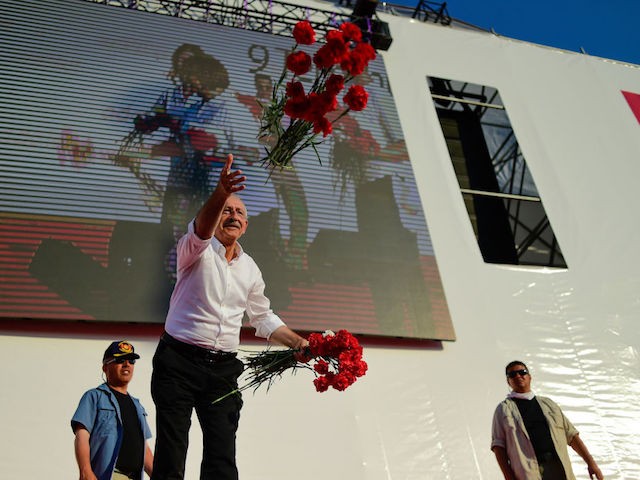 Kilicdaroglu specifically demanded freedom for lawmakers arrested for their opinions, journalists behind bars for publishing anti-Erdogan stories, and the lifting of a state of emergency imposed last year following the failed coup.

On Monday, Kilicdaroglu visited Berberoğlu in prison and gave a statement to reporters gathered at the prison. “There is a saying, ‘Justice walks slowly, it walks little, but it certainly reaches its target.’ We believe that justice will be realized one day,” he said, adding that Berberoğlu was in good spirits, according to the Hurriyet newspaper.

AKP leaders are arguing that encouraging Turks to hit the streets for peaceful protests is encouraging violence. AKP spokesman Mahir Ünal accused Kilicdaroglu on Monday of calling for “anarchy” with the protests, warning he was “playing a dangerous game.”

“If you are calling on people to hit the streets, this is fascism,” he alleged.