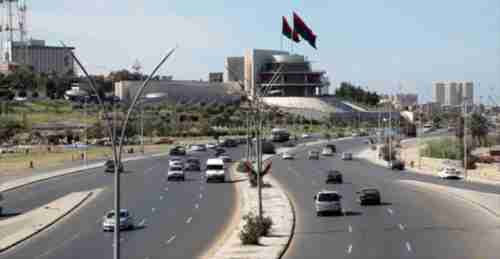 Libya’s government in Tripoli, the country’s capital city, announced a state of emergency in Tripoli and closed the Mitaga airport, the only remaining airport in operation in Libya, since the Tripoli International Airport was destroyed by militia warfare in 2014.

The announcement follows several days of fierce fighting between various militias and armed groups from within and around Tripoli. Rockets appear to be falling at random into densely populated areas, fired by one or more of the militias. At least 39 people, including civilians, have been killed in the violence and nearly 100 others wounded.

Libya today has two completely separate governments. The western government, based in Tripoli, is the Government of National Accord (GNA), which is internationally recognized by the United Nations. However, the real power in Tripoli lies with the warlords and militias inside and outside the city.

The second government is the eastern government, based in Tobruk, is the House of Representatives, led by renegade General Khalifa Haftar.

The Libyan state in Tripoli has been almost totally “captured” by a cartel of militias in central Tripoli, the main ones being the Tripoli Revolutionaries’ Brigades and the Nawasi Battalion. They use violence, fraud, and embezzlement to control state institutions, banks, businesses, and the only functioning airport. A major source of funding has been kidnapping victims from wealthy families, who provide substantial rewards to free the victims.

The militias inside and outside Tripoli also formed an “alternative economy” – receiving payment from Italy in return for preventing migrants from crossing the Mediterranean to Italy by locking them up in horrific refugee camps.

Because of the excessive violence and corruption, the cartel controlling central Tripoli has angered many of the tribes on the outskirts of Tripoli. The battles last week were the Seventh Brigade, or Kaniyat, from Tarhouna, a town 40 miles southeast of Tripoli.

There are also al-Qaeda militias in Misrata, a city 125 miles east of Tripoli, who are threatening to attack central Tripoli. But they have lately been occupied with fighting ISIS-linked militias in Sirte, east of Misrata.

Finally, renegade General Haftar has been staying out of Tripoli, but it is thought that he is making plans to conduct his own attack. Libyan Express and Al Jazeera and Reuters and Times of Malta

The deterioration of Libya since the 2011 ‘Arab Spring’

The “Arab Spring” in 2011 was triggered by the death of a Tunisian food vendor, followed by massive protests and gun battles in Tunisia, forcing the president to flee the country. There were violent protests in Egypt, and there were anti-government demonstrations in Yemen. There were fears that instability would continue to spread. Lebanon’s government collapsed.

A major refugee crisis had already begun in Tunisia and Libya, with hundreds of thousands of people pouring into neighboring countries and thousands crossing the Mediterranean to Italy. Libya’s dictator Muammar Gaddafi declared war on the protesters and was threatening genocide, especially in Benghazi. It was this refugee crisis that caused Libyans to demand a no-fly zone, and for the Arab League to do the same, after which the UN Security Council passed a resolution authorizing a no-fly zone. As fighting continued, this turned into the 2011 military intervention and the assassination of Gaddafi. ( “5-Mar-16 World View — A look back at Libya in 2011 as the West debates another military intervention”)

Gaddafi came to power in Libya in 1969 in a generational Awakening era. As occurred in Syria, Cambodia, Burundi, and a number of other countries in the decades following a generational crisis civil war, Gaddafi kept an iron grip on power by committing human rights abuses, including arbitrary arrests, torture, extrajudicial executions, and revenge attacks. However, even with these methods, he lost control of the population in a new civil war triggered by the Arab Spring and was threatening the deaths of hundreds of thousands of people in Benghazi.

Since the fall of Gaddafi, the deterioration of Libya’s government that was originally triggered by the Arab Spring has continued. According to a June analysis by the Small Arms Survey:

Since state institutions split in two in mid-2014, the armed groups in Tripoli have undergone far-reaching changes in their financing patterns. Protection rackets and large-scale fraud, which are both contributing to a deepening economic crisis, have replaced state salaries as their principal source of income.

Over the past two years, the large Tripolitanian militias have transformed into criminal networks straddling politics, big business, and the administration. They have infiltrated the bureaucracy and are increasingly able to coordinate their actions across different state institutions. The government is powerless in the face of militia influence.

For the average citizen, security in Tripoli has improved substantially, as clashes between rival forces have receded and the cartel has focused on controlling the administration and the economy. But this state of affairs is fuelling resentment among powerful forces in the capital and beyond. It could provoke a new war over the capital.

That analysis was published in June and it predicted that the Tripoli cartel would provoke sufficient anger that it could lead to a new war in Tripoli. The first signs of that have begun to appear in the last week. Small Arms Survey and Libyan Express and BBC