Experts believe the tornado, the first to hit the island since 1940, was the product of a major storm that had caused winds of up to 62 miles per hour throughout the eastern half of the island and already caused property damage from hail storms. According to Cuban government reports, the winds created by the tornado were “comparable to a Category 4 or 5 hurricane,” but highly focused on a tiny area of the capital.

The tornado followed a hardship-filled month for the island after the government announced a severe grain and bread shortage in December allegedly caused by its inability to repair grain mills. Cuba’s second-in-command, President Miguel Díaz-Canel, began the year by warning low-level officials to live more “austerely” in 2019 as the country’s economy, dependent on controlling the Venezuelan oil industry, has inched towards collapse as the crisis in that country has worsened.

“We are touring the areas affected by the atmospheric phenomenon of great intensity in Regla [a neighborhood in Havana]. The damage is severe, until now we lament the deaths of three people and 172 people are being treated for injuries,” he said on Twitter, according to the Communist Party newspaper Granma.

Most of the damage is concentrated in some of Havana’s poorest communities – the residential areas out of sight of the government-run hotels and tourism enclaves. Havana’s famous malecón waterfront suffered some flooding as a result of the tornado, but damage seems to be centralized in three residential communities.

Images of the aftermath showed Havana’s already dilapidated buildings turned to pure rubble and cars torn apart or standing on their sides. Reports suggest much of the city is currently without electricity. Of particular concern is the state of the Hijas de Galicia Children’s and Maternity Hospital, which had to be evacuated immediately. Many images show women rushing into debris-covered streets holding infants and seeking medical help. 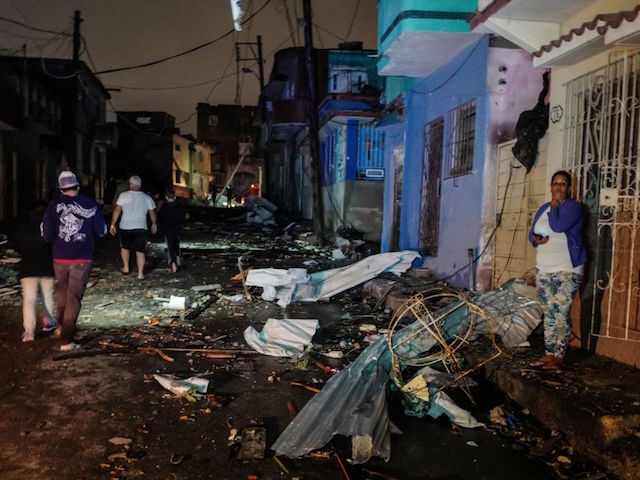 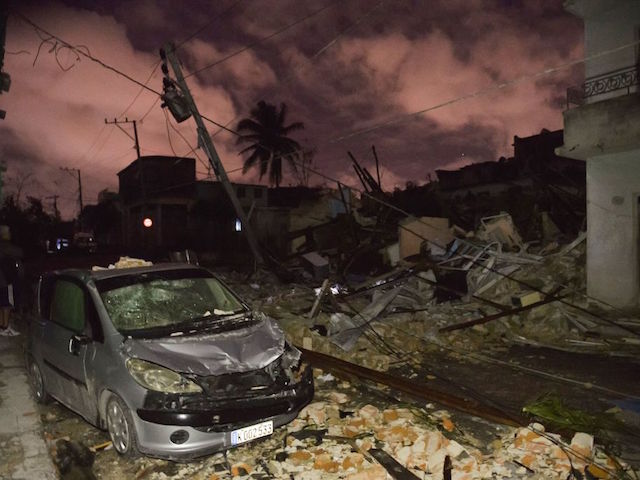 A damaged car is seen among building rubble in the tornado-hit Luyano neighborhood in Havana early on January 28, 2019. YAMIL LAGE/AFP/Getty Images 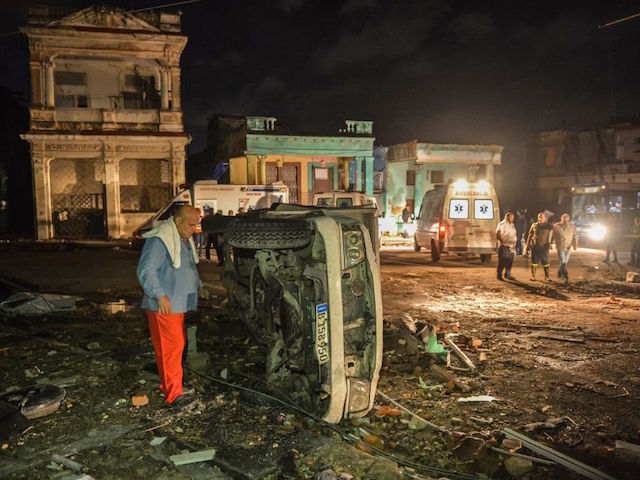 A man inspects a damaged car lying on its side in the tornado-hit Luyano neighborhood in Havana early on January 28, 2019. YAMIL LAGE/AFP/Getty Images 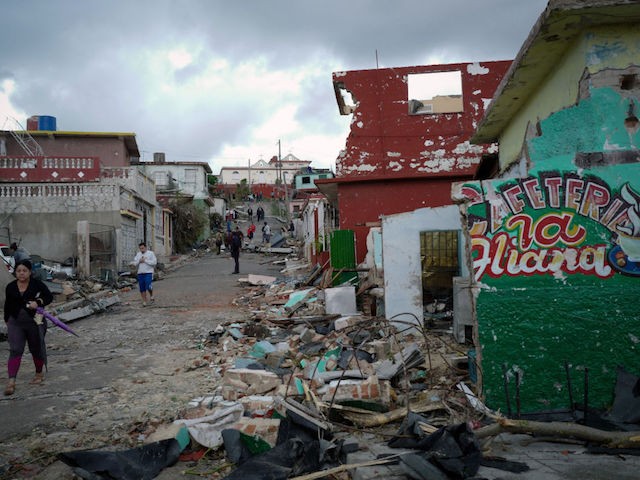 Residents of tornado-hit Regla neighbourhood walk amid the debris, in Havana, on January 28, 2019. ADALBERTO ROQUE/AFP/Getty Images

“It took everything,” Lázaro Díaz, a local, told Reuters. “We lost our refrigerator, the air conditioner, the mattress, everything.”

Others stated that the damage appeared significantly worse to what Cubans are accustomed to during hurricanes due to the focused pressure of the tornado. Diario de Cuba, a Spain-based newspaper, quotes Cuban meteorologist Armando Caymares estimating that the tornado was likely an F4, the second-strongest category, estimated to carry gusts between 166 to 200 miles per hour. Granma reported that the country’s weather institute issued a warning before the hurricane, but that many Cubans were “accustomed” to such warnings and did not expect the unusual degree of devastation this tornado caused.

Havana residents have been dealing with a food shortage since mid-December, when the government announced that several grain mills throughout the country need replacement parts that the Communist Party, for reasons it did not explain, could not procure. The shortage caused hours-long bread lines at local bakeries throughout the country, including the capital, for what is known as “baguette” bread, which comes in oblong loaves. “Roll” type breads, which residents dismiss as too hard to eat, were also difficult, but not impossible, to find during most of the holiday season. Cuba still uses a ration card system, meaning a consumer can only buy as much bread as the government allows, not how much they need to feed their families.

Díaz-Canel blamed the bread shortage on the United States and President Donald Trump’s refusal to maintain friendly ties to the communist regime, though he did not elaborate on what role he claimed Washington had in the situation. His condemnation did not stop Cubans from protesting against the government itself, which – outside of organized efforts by pro-democracy dissident groups – rarely occurs on the island.