Sheikholeslam, 68, had a terrorist resume himself, having participated in the hostage crisis at the U.S. Embassy in Tehran in 1979. He was a leader of the “Muslim Student Followers of Imam’s Line,” the revolutionary group that seized the embassy, and was involved in interrogating the 52 U.S. diplomats who were taken hostage. Before that, he studied at the University of California at Berkeley.

Sheikholeslam tested positive for the coronavirus only two days ago and was quickly taken to the Tehran hospital reserved for the remarkable number of Iranian officials who have contracted the disease. The speaker of the Iranian parliament, Ali Larijani, insisted on Thursday that Sheikholeslam was recovering. Shiekholeslam was advising Larijani on international affairs at the time of his death. 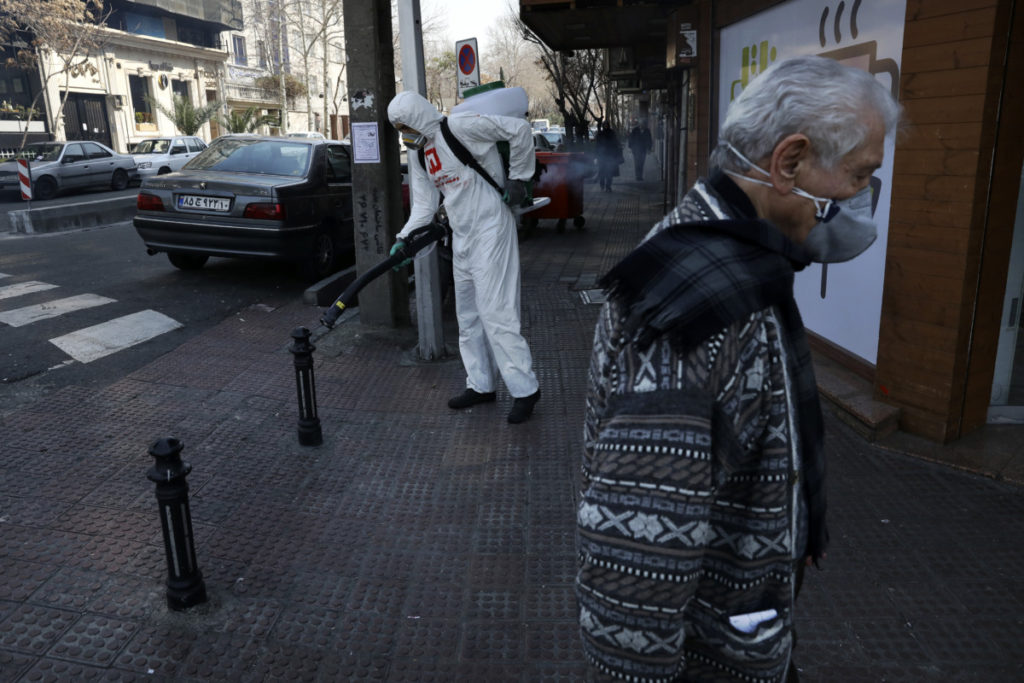 A firefighter disinfects a sidewalk against the new coronavirus as a man wearing face mask walk in Tehran, Iran, Thursday, March 5, 2020. Iran has one of the highest death tolls in the world from the new coronavirus outside of China, the epicenter of the outbreak. (AP Photo/Vahid Salemi)

Abolghasemi, 71, worked in Iranian intelligence during the Iran-Iraq war and was reportedly infected with the coronavirus while on duty with the Basij Resistance Force, the militia Iran’s rulers employ to terrorize and kill dissident citizens. He spent several days in the hospital before dying on Tuesday. The regime did not initially admit he was a coronavirus patient, but members of his family spread the word on social media.

Abolghasemi and the Basij killed hundreds of Iranian civilians over the past year in order to put down protests against the regime. Iranians expatriates celebrated his death as the fitting end for a “butcher” and “hangman.”

Aboghasemi was the third IRGC officer known to have been killed by the coronavirus. The others were former ground forces intelligence commander Ramezan Pourghasem and Maj. Reza Khanirad, who was stationed in Qom, epicenter of the Iranian outbreak. Iranian state media claimed all three were killed by a combination of the coronavirus and wounds they sustained during patriotic war service.

India’s PTI News on Friday listed several other figures in Iranian government known to have been quarantined, hospitalized, or killed by the coronavirus:

Other officials who have died of coronavirus include lawmaker Mohammad Ali Ramezani and Mojtaba Pourkhanali, an agriculture ministry official, both from Gilan.

The others were Ahmad Toyserkani, an adviser to the judiciary chief, Hadi Khosroshahi, a former envoy to the Vatican, and Mojtaba Fazeli, a secretary to a senior cleric.

Tehran lawmaker Fatemeh Rahbar is in a coma after being infected, according to the ISNA news agency.

A host of other officials have been infected and are under quarantine, including vice-president Masoumeh Ebtekar, deputy health minister Iraj Harirchi and grand ayatollah Musa Shobairi Zanjani, who is considered one of Iran”s highest religious authorities.

Ebtekar, like Sheikholeslam, was involved in the 1979 attack on the U.S. Embassy, working as an English-speaking spokeswoman for the kidnappers who became known as “Screaming Mary.” She tested positive for the coronavirus in late February.

The Washington Post cited disease experts who said the coronavirus could be spreading rapidly through Iranian leadership because the ruling class has close ties to the religious center of Qom, because close physical contact is common during greetings, and because a combination of arrogance and religious conviction may have led top government and religious leaders to assume they were immune to the disease.

Furthermore, Iranian leaders nervous about losing their grip on power insisted on proceeding with elections in February and concealed information about the spread of the coronavirus to keep turnout higher. Turnout was embarrassingly low anyway, as Iranians disgusted with their government and its rigged theatrical elections decided not to participate. Electioneering brought Iranian officials into close contact with the infected civilians they had misinformed about the risks.

A Washington Post editorial on Tuesday warned Iran’s mismanagement of the coronavirus poses a danger to the Middle East and the entire world. Among other dangers cited by the Post, officials insist on meeting in person and refuse to employ protective gear because they wish to convey the impression they are not worried about the epidemic, and they are still clearly lying about how widespread and dangerous the coronavirus outbreak in Iran has become. 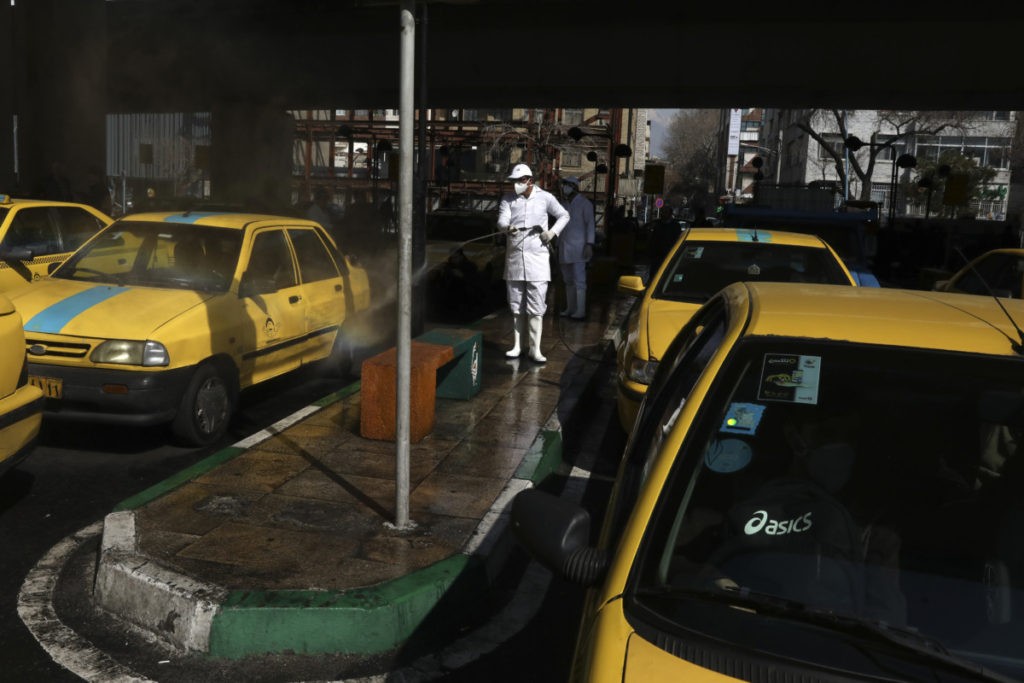 A city worker disinfects a taxi because of the new coronavirus, in Tehran, Iran, Thursday, March 5, 2020.  (AP Photo/Vahid Salemi)