Vehicle lines so large that you may as well consider them an outdoor camping trip, rationed gasoline that counts towards your monthly quotas, and abject despair: Welcome to the new normal of refueling in post-collapse socialist Venezuela.

The country with the largest proven oil reserves in the world makes refueling an uphill battle for its citizens. It sounds incongruous, but that’s how things go down here. An obliterated oil industry with crumbling refineries (courtesy of the ruling Socialist Party), zero oil rigs left operating in the nation, and the latest seizure of the palliative Iranian fuel shipment means that there’s no apparent end to this crisis in sight.

Gasoline shortages aren’t a new phenomenon for us. It is an ongoing and recurring problem, a cycle that gets worse with each new spin of the wheel, and yet another consequence of the past years of utter socialist collapse. But they’ve never been this severe before, and the whole situation has not just made our lives more miserable, it’s even caused a cultural shock for my fellow citizens.

You don’t know what you have until it’s gone, and gasoline is one thing you can add to Venezuela’s ever-growing list of lost treasures, along with freedom of speech, a functional currency, and even hope itself. Absurdly cheap gasoline (to the point that it might as well be free) was our one prerogative as a nation. It used to be cheaper than the simplest bottle of water, or even bubblegum.

We certainly had a plethora of problems here, but having to worry about fuel efficiency wasn’t one of them. Not anymore, though. You have to be extremely frugal with what fuel you can pump into your vehicle, down to the last drop, because it’s not like we can simply go to a fuel station and do the deed at our earliest convenience.

In terms of queuing for gasoline, August has been exceptionally dire. As the capital and seat of power of the “Bolivarian, Socialist, Anti-imperialist, and profoundly Chavista” Revolution, Caracas often suffers the least when it comes to shortages of any kind, so when the shortages begin to hit the capital then you know it’s bad.

The second week of August 2020 saw 46 of Caracas’ fuel stations without fuel or close to running out, and it got progressively worse throughout the week. If you’re not in Caracas then you’d best be prepared to spend an entire week camping on your vehicle for a few liters of fuel. You might as well bring a tent and chill because, my friend, the ride never ends.

When you’re a socialist regime and you can’t quell or mask inhumanely long lines, what do you do? You make them illegal, of course.

The chief of the Integral Defense Operations Zones for the State of Lara has recently announced that overnight queuing at a gas station for fuel is now strictly forbidden. This may be outrageous to you, but for us, it’s nothing new. In 2015, the same tactic was applied to supermarkets to obfuscate the long lines of people waiting for food:

While it’s not an official mandate, 30 liters (~7.9 gallons) is what station operators are pumping to vehicles. If you’re at one of the fuel stations that offer subsidized fuel, it gets debited from your monthly 120-litre allowance via the regime’s Chinese-inspired Fatherland system.

As the socialist system’s monthly allotments are assigned to individuals rather than vehicles, people have begun to transfer their monthly quotas among themselves, either via the system itself or by simply being present at the moment of refueling. The system, however, will only grant allotments to people with registered vehicles, which I am unable to complete due to a bureaucratic paperwork conundrum.

Thus, for all intents and purposes, I am part of the group of people who do not have access to subsidized gasoline, which makes me a second-rate citizen within the framework of this crisis. 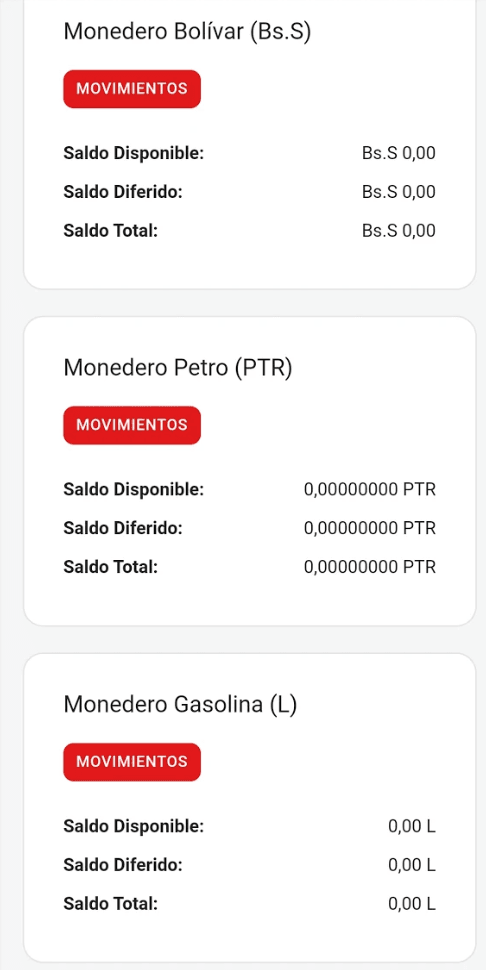 The 0.00 liters of gas allocated to the author (Photo: Christian K. Caruzo)

Chinese coronavirus quarantine notwithstanding, a few protests have erupted throughout this ongoing calamity – some more peaceful than others. A 19-year-old fisherman was murdered by the National Guard in July. His crime? Protesting for gasoline so that he could work.

A young fisherman has reportedly been killed by the military during a gasoline protest on Isla de Toas #Venezuela pic.twitter.com/ymvaR7Ujns

One can rightfully wonder if the “radical” quarantine lockdowns that have created a prison-like reality for those stranded in Venezuela have more to do with reducing the effects of the fuel shortages than our health. For some, fuel can be a matter of life and death.

Like water, power, food, and medicine, gasoline shortages and rations are here to stay as part of the next stage in the inexorable collapse of socialist Venezuela. What better way to encapsulate this chapter of our tragedy than by noticing a socialist ambulance being pushed after it ran out of gas — and then getting arrested for filming it.