“On behalf of the government of the Republic of Korea, I too would like to establish substantive cooperative relations with your foundation so that our country can contribute to promoting the health of the world’s citizens while continuing to build advanced bio health technologies,” Yoon said.

Bill Gates co-chairs the Bill & Melinda Gates Foundation along with his ex-wife, Melinda Gates. The foundation is one of the world’s leading promoters of vaccine uptake and regularly partners with major international aid organizations such as the United Nations (U.N.) to support vaccine development and distribution in poorer countries, including vaccines against the Chinese coronavirus. 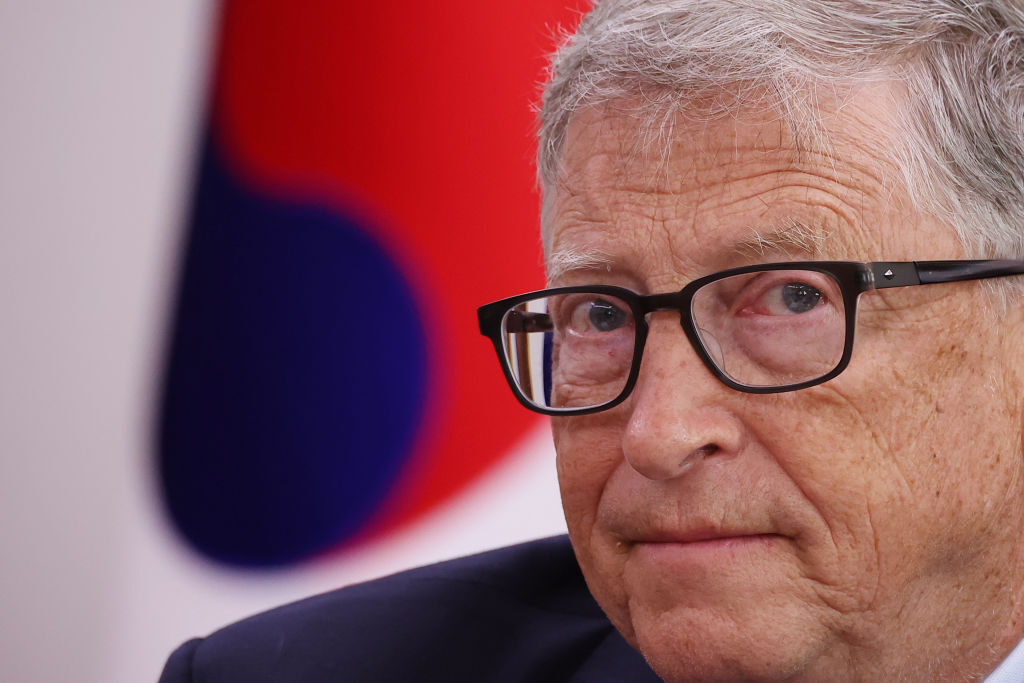 The Bill & Melinda Gates Foundation is a founding partner of GAVI, which is a public-private vaccine alliance that funds the distribution of “new and under-used vaccines” in developing nations, according to GAVI’s website. GAVI’s other major partners include the United Nation’s international public health agency (the World Health Organization), the United Nations Children’s Fund (UNICEF), and the World Bank.

The Bill & Melinda Gates Foundation announced in May 2020 that it committed a $3.6 million grant to SK Bioscience “[t]o develop a COVID-19 [Chinese coronavirus] vaccine that can be produced in large amounts at low cost to meet the pandemic-response needs of low- and middle-income countries.”

South Korea’s government signed a Memorandum of Understanding (MoU) with the Bill & Melinda Gates Foundation on August 16 that outlined plans to “expand international health partnerships and enhance biotechnology manpower in low- and middle-income countries,” according to Yonhap News Agency.

“Under the arrangement, they will also jointly develop vaccines, diagnostic devices, and treatment for infectious diseases and work together to reduce global health inequality,” Seoul said of the MoU. 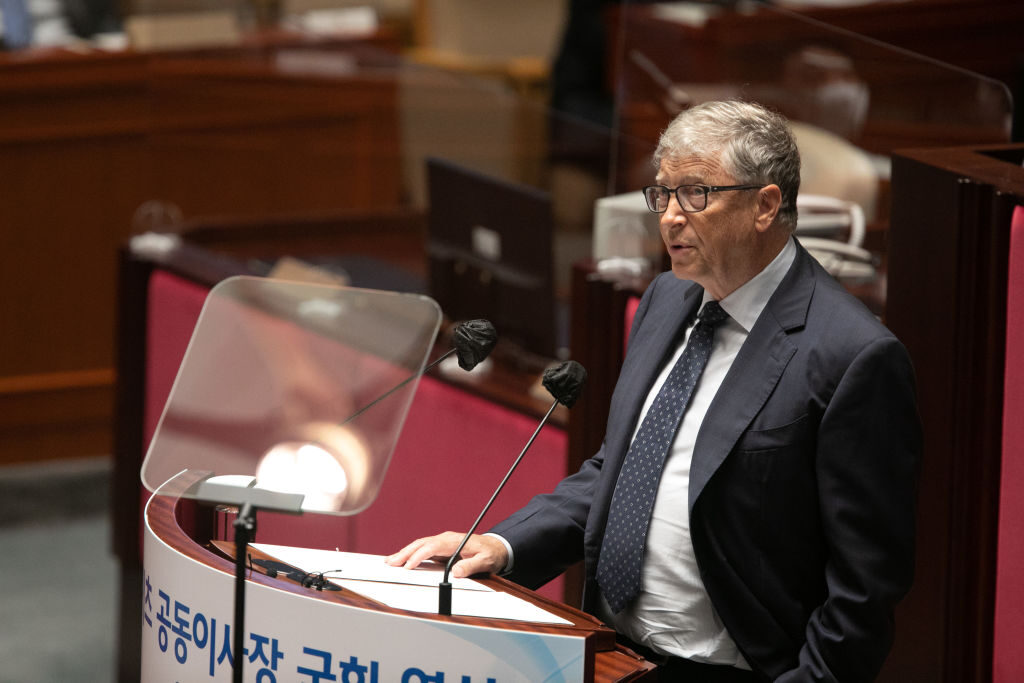 Bill Gates makes an address at the National Assembly in Seoul, South Korea, on Tuesday, Aug. 16, 2022. Gates spoke about the importance of global health cooperation to end infectious diseases like Covid-19. (Lee Yong-ho/EyePress/Bloomberg via Getty)

South Korea’s Ministry of Food and Drug Safety (MFDS) approved the use of “SKYCovione,” or South Korea’s first domestically produced vaccine against the Chinese coronavirus, on June 29.

“It is a recombinant-protein vaccine based on novel two-component nanoparticles that can maximize the immune effect. It was jointly developed with the Institute for Protein Design at the University of Washington,” Yonhap News Agency noted of SKYCovione at the time. “The vaccine has been designed for recipients to receive two doses in a four-week interval.”

An SK Bioscience official told Yonhap News Agency on June 29 that the company expected SKYCovione to be used domestically in South Korea “within the year.”

“The official said the company’s export plan will be determined after the vaccine is approved for use by the World Health Organization and drug safety authorities in other countries,” according to the news agency.