Last week, Dick Morris became the first pundit to predict a Republican sweep of both houses of Congress next year. Looking at Obama’s sliding poll numbers, and increasing voter frustration, Morris said, “This erosion of support makes the elections of 2010 look more and more like a rerun of 1994.”

Yeah, yeah, I know — it’s Dick Morris saying this, take it with a silo of salt and all that. But Mort Kondracke is one of the more level-headed pundits in DC, and he noted Pew’s study saying that “voters’ anti-incumbent mood is approaching 1994 and 2006 levels,” when Congress changed hands. Kondracke added that he thinks that “there’s reason to believe that the public’s anger is even deeper than Pew’s estimate because voters believe – correctly – that ‘the way things are going’ is not getting better.” 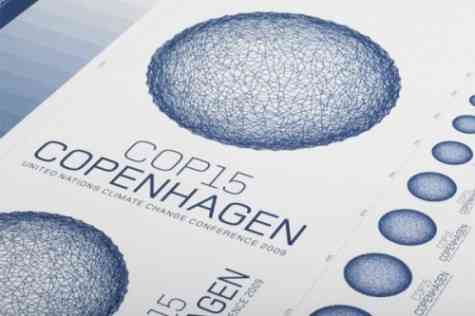 Kondracke was saying all this in the context of seeing “an opening” for a third party to make it big in 2010. But don’t be too certain.

Usually, third parties coalesce around a single candidate (like Ross Perot) or a single issue (like the Greens [no relation]). America’s current funk isn’t really about a single issue, but about a whole host of issues — and Washington’s inability (Democrat and Republican alike) to deal with them. If that seems like fertile ground for a third party, in this case it isn’t. Because what the country really needs is a second party.

Please, let me explain. You might want to pour yourself a lovely adult beverage, because I’d had one or two when this occurred to me.

Outside the Beltway, there really are two parties: Democrat and Republican. Inside the Beltway, there is but one party: The Insider Party. The right wing of the IP is made up of a few Republicans, the center consists of the bulk of Ds and Rs, and the far left wing features the current leadership and the Mainstream Media. As a whole, the Insider Party sits well to the left of the rest of the nation.

The Insider Party, by and large, puts Washington’s welfare well ahead of the country’s, but that doesn’t mean it’s at all exclusive. After all, joining the Insider Party is simple: Get elected to a public office serving in D.C., or have good looks and a journalism degree from Columbia.

None of which is really all that difficult, even though I refuse to have any work done to my nose. Anyway.

So, yeah, what we need is a second party. We need at least one party to represent the interests of the people of these United States. Because the IP represents little more than the parochial concerns of an otherwise forgettable city with little of note, other than surpluses of oversized egos and comb-overs.

But what about this TEA Party? Wouldn’t that make a good start?

No offense to my TEA partying friends, but no. I’m sympathetic to the cause, a booster even. But we need to work with the available materials, as distasteful as that is. In a poll just released by Rasmussen, the TEA Party out-polled the Republicans on a generic ballot — effectively splitting the conservative/libertarian vote and handing …everything… to the Democrats.

Which just goes to show that third parties almost always hurt their causes more than they help them. “Thirds” provide a nice outlet for voter anger, but if Ralph Nader had just stayed home in 2000, we would have seen President Gore sworn into office on January 20, 2001. I’m not saying that would have been a good thing, mind you — I’m just saying.

For years now, I’ve joked that mass-participation democracy wasn’t getting us very good candidates, and even worse winners. It seemed sometimes that the best way to hold elections would go like this.

While it does have certain merits, my plan just isn’t very workable. But we do know one thing for certain: The Insider Party has got to be shown the door. Enter our Second Party, stage right.

Second Party candidates would be people from outside the beltway, who understand that their job is to represent their constituents back home. But how to pick these unprepared candidates? How to run them? How to get them to win?

If we want fiscally conservative/socially moderate candidates — and we do, don’t we? — then the TEA Party might have an important role to play, helping select outside-the-beltway candidates in primary races. And as we’ve seen the last few months, those TEA partyers know how to drum up support for a cause — so why not for candidates, too? Real grass-roots stuff. The TP could become kind of an ACORN group for people with real jobs.

If still we fail… if the TEA Party splits the rational vote and the country descends into madness… then there is one thing more we could try.

Move the capital to Topeka, Kansas, and don’t let them have air conditioning or central heat. That’ll give the bastards maybe six weeks a year when they’ll show up to do their jobs. Still four weeks too many, but it’s an improvement. That’s part one.

Part two answers the remaining question: What do we do with Washington, D.C.? We wall it up, in the middle of the night, Escape from New York-style. And we leave everybody in there, from the President on down to the lowliest freshman-Congressman’s unpaid intern. Within days they’d be reduced to cannibalism, which, when you think about it, is morally a step up from what they’ve been doing to the rest of the country.

But that’s the whole point, isn’t it? To a member of the Insider Party, it’s never a question of goals — aggrandizing Washington — it’s merely a question of timing and cost. So they’ve all got to go, and we’ve got the power to make that happen. At least for now we still do — if we’re willing to stop pretending that a 30-year incumbent Republican is any better than a Democrat who sees politics as a temporary civic duty. Or the other way around.

Kick the bastards out, all of them. We certainly couldn’t do any worse.

And if nothing else works, we can always nuke the site from orbit.

It’s the only way to be sure.