A few months back I wrote a story about Veterans for Congress, focusing in particular on Marine Gunnery Sgt. Nick Popaditch, who is running for Congress in San Diego’s 51st district. “Gunny Pop” as he was affectionately known in the Corps, was grievously wounded in the first battle for Fallujah, Iraq, when he was hit in the head by an enemy RPG. Medically retired, he lost one eye and retains 8 percent use in his second eye, only because of the medical staff’s heroic efforts and Nick’s indomitable spirit. 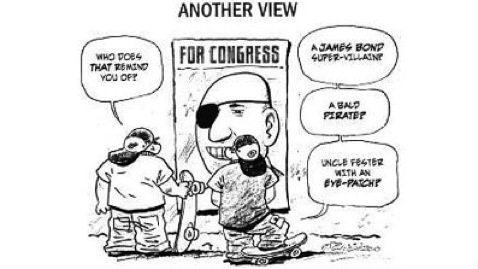 Nick earned the Silver Star for his battlefield bravery and innovation. Nick is also widely recognized as the Cigar Marine, who sat atop his M-1 Abrahams tank triumphantly smoking a cigar while members of his unit helped topple Saddam’s statute when the Marines liberated Baghdad in 2003. He wrote a book about his experiences, Once A Marine, which made the Commandant of the Marine Corps recommended professional reading list for all ranks, won The Military-Writers Book of the Year for 2009, and was a national book club selection.

Contrast this with his Democrat opponent, Bob Filner. One of the most radical leftists in the House of Representatives, Filner is spawn of Joe Filner, one time head of the Pittsburg, PA, Communist Party. (NOTE: thanks go to Trevor Loudon for the Filner profiles, among thousands of entries Loudon has put together for his seminal encyclopedia of the Left, KeyWiki. Check it out!)

The nuts don’t fall far from the tree. A longtime member of the Congressional Progressive Caucus, Filner has close ties the Democratic Socialists of America. He has been staining the halls of Congress since 1992, and has been foursquare behind the Obama deliberate trainwreck agenda since his fellow socialist was elected President.

So of course the Democrat majority saw fit to appoint Filner head of the House Veterans Affairs Committee. Watch this astonishing exchange between Filner and Veterans Affairs Committee Ranking Member, Steve Buyer (R-IN), who has tried repeatedly to get a New Mexico VA medical facility renamed for Medal of Honor winner Jerry Murphy. The uncontroversial bill passed the Senate, but Filner simply refuses to hear it. The reason? A Republican proposed the idea.

Anyway, Nick has made traction against Filner in this approximately 2-1 majority Democrat district. As someone close to the Popaditch campaign relates:

Imperial Valley (highest unemployment in the nation, large Hispanic population, agricultural, and suffering) has always been a strong spot for Nick’s opponent, incumbent democrat Bob Filner. Nick, however, is Filner’s first real challenger–ever. And he is an everyday Joe who served 16 years in the Marine Corps, earned a Silver Star, commanded a tank, and was critically wounded for his country. And people love him. He walks the agricultural fields, sits in the cafes, and goes door-to-door–waging the kind of aggressive “boots on the ground” campaign a Marine would undertake that Filner never has and never could. And Filner is now losing Imperial Valley.

Can only suspect their editorial slant, but one publication recently made the mistake of ridiculing Nick’s war wounds. The Imperial Valley Press put out a cartoon comparing Nick to, among other things, “Uncle Fester with an eye-patch.” 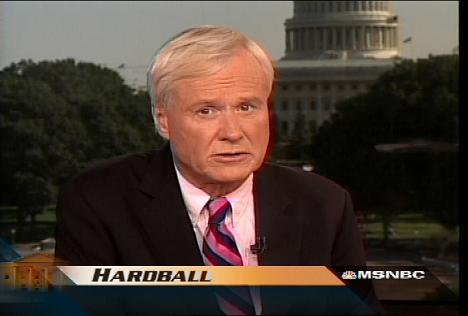 Imperial Valley’s apology came promptly following a lot of emails and calls, some of which were “vulgar and threatening” according to the editor.

Now, was this cartoon published to smear Nick? Since that is the Left’s only effective tool, could be. You decide. As Nick’s friend relates:

The other night, right before The Cartoon came out, Nick spoke to a large townhall meeting out in the Valley. He invited Filner to attend and “answer questions with him.” Filner initially agreed, and then backed out. Nick spoke for hours to hundreds of people, remaining until every single question was answered. He was applauded, congratulated, and the people there had never seen anything like it.

AND THEY LOVE HIM.

And the next day, the newspaper runs The Cartoon. Are Filner’s fingerprints on this? I don’t know. We do know that in an earlier fundraising letter, Filner said that Nick has “absolutely no qualifications to hold public office.” (Emphasis added.) Now think about that: 16 years in the corps, extensive combat experience, as a gunnery sergeant he organized, executed, handled logistics, and commanded men in life and death situations–and he is not qualified for public office?

Stunning, isn’t it? Such is the arrogance of the Left. To suggest that because someone hasn’t moved around with the big boys in Washington, DC he isn’t qualified, simply drives home just how bloated, ego-centric and conceited people like Filner are. Takes your breath away.

The story might actually be a blessing in disguise, however. It has garnered Nick nationwide attention. Stories ran in the LA Times, Editor and Publisher, Michelle Malkin picked it up, so did Huckabee, National Review, Redstate and many others. Nick was invited on Fox News’ Redeye program last night and has gotten other TV coverage as well. Watch the Redeye clip. This guy is on the money.

Even Bob Filner himself came out against the cartoon, lest he be dragged down with it in this heavily military area, though one suspects he would have kept his mouth shut if the cartoon had not set off such a firestorm.

Nick is a great Marine and a great American. He deserves our support. Let’s see that he gets it so that Bob Filner can retire to his district and see first hand the disastrous consequences of his open-borders ideology. Maybe when he sees what a real leader can do to clean up his mess, he’ll have an epiphany. One can only hope.