America is the most prosperous nation the world has ever known. Any nation where obesity is considered an epidemic, cannot really claim to have a high poverty rate. In fact, during the middle ages, Heaven was often depicted as a place where everybody is fat. 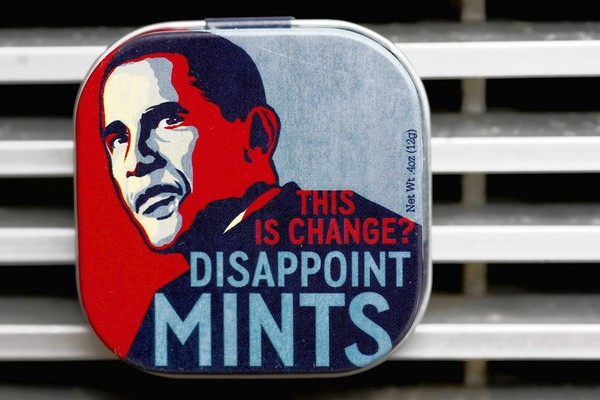 So imagine my surprise, when a couple friends sent me this article. Apparently there is a group of people living in Brooklyn, who relies on stray animals for their sustenance. It is truly a vision reminiscent of the Great Depression, camps of poor people living on the fringes of society, being harassed by police.

As rounds of trillion-dollar stimulus failed to reinvigorate the economy, and have only served to create a debt crisis, I fear that there is still a bottom we have yet only grazed. Perhaps that is the ultimate plan of Michelle’s Childhood Obesity Program: to prepare parents of soon to be emaciated children by substituting their remorse, with a feeling of accomplishment.

The only reason why this article did not get wider play is because we have a Democrat in the White House. If a Republican were taking Air-Force One on Spanish vacations and to Hollywood fundraisers, most certainly the consumption of stray animals in a borough of our nations financial capital would be Page One of the New York Times. In fact, these people would suddenly become celebrities, as 60 Minutes and other newsmagazines rushed to show America the New Grapes of Wrath Era, brought on by a Republican Administration.

But it’s not too late. If the polls are right, and the Republicans win in 2012, expect these people to be suddenly discovered. It is one of the bigger problems of being a Republican: you start getting blamed the minute you take office, but your legacy can last the entire term of a Democrat. For the most part, Democrat Administrations over the past century, have been have been islands of blamelessness, in between the deluge of Republicans.

What I really don’t understand is the crackdown of authorities on these 21st Century Hobos. It seems to me that starving people and stray animals are problems that should eventually balance out. It’s a great example of how over-regulation creates more problems than it solves. Legislative concern for animal welfare created two more problems: over-population of vermin, and hungry people.

Like obesity, stray animals are symptomatic of prosperity. North Korea does not have a problem with stray dogs. Nor did Saddam Hussein’s Iraq. During the lean days of the embargo, you never heard of any stray dog problem. The first signs of change were the articles about the stray dog assassination squads in that newly liberated nation.

As bond-rating services seem unimpressed by “compromise,” I hope we can get a handle on it before it’s too late. My fondest wishes for future generations, are that they inherit a manageable National debt, continue to struggle with obesity, and hold the same belief I grew up with: that squirrel stew is only a disgusting joke.