As I write this it is difficult to hear myself think over the sound of congressional Republicans high-fiving each other over the debt ceiling deal. 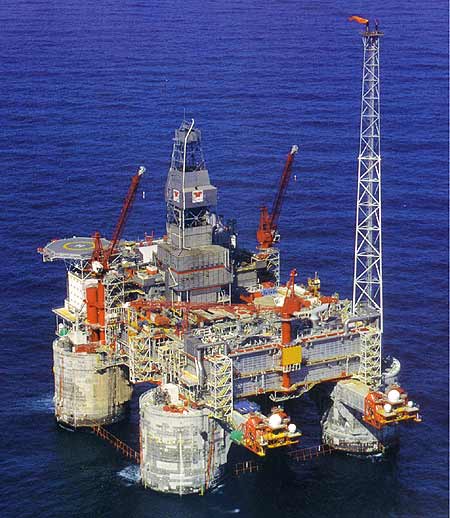 They would do well to remember the words of a British parliamentarian uttered during the Revolutionary War. After the British General Lord Cornwallis won a squeaker of a tactical victory in 1781 by losing a quarter of his army, Charles Fox pointedly observed, “Another such victory will ruin us.”

Surely this is the case with the new debt ceiling compromise in Congress. GOP partisans obsessed with political expediency keep parroting the line that the deal which will pave the way for trillions more in spending is somehow a Tea Party “victory.” They have a strange definition of victory.

There is no evidence that this bizarre deal of at least questionable constitutionality (e.g. the “Super Congress”) will actually lead to any real cuts. Nor is there any evidence that it will prevent the U.S. government from losing its long held triple-A credit rating.

There is a promise of spending cuts, but overall federal spending will continue on its upward trajectory because Official Washington operates in the make-believe world of “baseline budgeting.” According to this crackhead accounting, both a cut and an increase may count as cuts.

Confused? You’re supposed to be.

As Americans for Prosperity reminds us

This deal includes only $0.9 trillion in guaranteed cuts and in a best case scenario envisions an additional $1.5 trillion in cuts. And these are Washington cuts, not real cuts; they merely reduce the expected rate of increase in spending, while the federal government will continue to grow.

By “Washington cuts” as opposed to “real cuts,” AFP is referring to this strange beast known as baseline budgeting.

Baseline budgeting allows politicians to pretend to reduce expenditures while they actually boost expenditures. The Congressional Budget Office (CBO) “defines the baseline as a benchmark for measuring the budgetary effects of proposed changes in federal revenue or spending, with the assumption that current budgetary policies or current services are continued without change,” explains another excellent group, Citizens Against Government Waste.

So if the federal budget is slated under the rules of baseline budgeting to rise $1 trillion but it rises only $750 billion, CBO can claim there has been a “cut” of $250 billion.

The trillions of dollars in “cuts” that Speaker John Boehner, Senate Minority Leader Mitch McConnell, and Senate Majority Leader Harry Reid now speak of are in reality reductions only in projected spending. In other words, they are fiction. Congress could decide to do them or not and even if lawmakers do them, they’re still not actual cuts.

Some defenders of special interests go even farther.

When I was a reporter in the D.C. bureau of The Bond Buyer newspaper, I regularly had run-ins with analysts at the left-wing Center on Budget and Policy Priorities (CBPP).

I remember writing an article in early 2004 that illustrates the cognitive dissonance that some in Washington are capable of.

At that time President Bush proposed appropriating $16.9 billion in Section 8 housing voucher subsidies for fiscal 2005, which was higher than the $16.4 billion appropriated in fiscal 2004.

A sane person would look at the two figures and conclude that $16.9 billion was $500 million more than $16.4 billion.

But the leftists at the CBPP argued that after taking into account inflation and other factors, the $16.9 billion would have been a funding cut.

Instead of being honest and saying that the $500 million wasn’t enough of an increase in their opinion, CBPP analysts lied, claiming the increase was a cut.

America needs to know that ACORN is restructuring in time to help re-elect President Obama in 2012. Obama used to work for ACORN and represented the group in court as its lawyer. These radical leftists who use the brutal, in-your-face, pressure tactics of Saul Alinsky want to destroy America as we know it and will use any means to do it.