There has been news aplenty about the Solyndra solar power company.

The chock-full-of-Barack-Obama-Administration-cronies-and-donors corporation that received more than half a billion dollars in government-guaranteed loans to build the alleged future of energy. 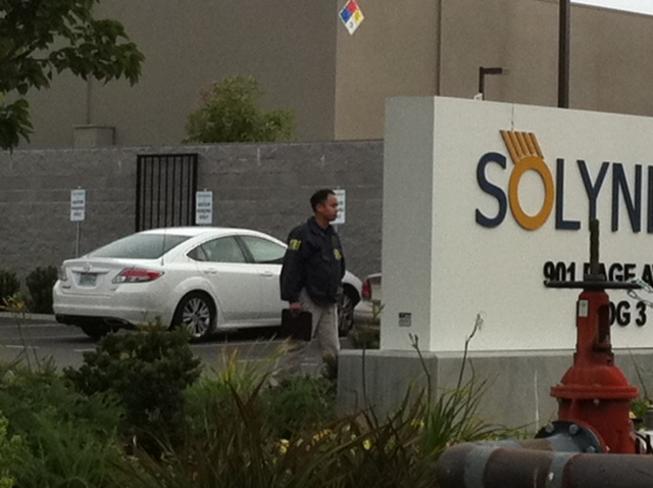 Which President Obama hailed as such after the government-backed checks had cleared.

Which turned out to be totally untrue, and Solyndra’s solar folly an abject failure. In fact, a bankrupt one.

Which anyone who knows anything at all about “green” energy knew would be the result long before it was even a glint in Obama’s Crony Socialist eye.

(This is Crony Socialism. It has very little to do with – and is even less successful than – Crony Capitalism.)

And as it turns out, the those-in-the-know included the Obama Administration. Who were repeatedly warned that the company was in hay-yuge trouble before the first check was cut, but pushed through the loan guarantees anyway.

And now the Federal Bureau of Investigation (FBI) has raided the joint, walking out with boxes and boxes of documents. (We don’t yet know if this is the beginnings of a real inquiry, or a Clinton-esque move where the paperwork vanishes, only to turn up years from now in the White House residence wing.)

Was the Administration so hurriedly adamant – despite all the evidence screaming “Stop” – because of the company’s Obama cronies and their campaign cash?

Was it because the Administration is so ideologically blinded by and wedded to “green” non-energy energy they couldn’t help themselves?

Or was it both?

The Obama Administration is in this criminally stupid – and/or simply criminal.

And those lessons never learned – they just this week guaranteed $1.2 billion in loans to…Abengoa Solar Inc. (Warning: The website is in Spanish.)

Gluttons for punishment – of We the People.

This Administration is often driven to clueless extremes when it comes to paying off those who’ve paid them off – and to tilting at Leftist ideological windmills.

There is Government – I mean General Motors (GM).

The $50 billion bailout recipient whose stock price is lower now than it was at its post-bankruptcy Initial Public Offering (IPO).

A bankruptcy we were told the bailout would preclude.

GM stock is trading more than thirty points below the taxpayer break even price.

The bailout, President Obama first told us, would make us money. Seven months later, the Administration admitted we’d lose between $11 and $14 billion – and dishonestly claimed the loss they had said would be a profit was “less than the(y) originally expected.”

Who says the bailout “shouldn’t be measured on did it sell for $43 or $53 (a share) or did they lose a couple billion dollars.”

GM is now neck-deep in “green” non-energy energy. Of the oh-so-successful Solyndra sort.

They last year received more clean (non-energy) energy patents than any other organization.

They are dramatically ramping up production of the unprofitable and unselling hybrid Chevy Volt. And creating a like-model for Cadillac.

They have fitted an (again, unprofitable) Volt plant so as to be solar-powered. Which cost $3 million – but only saves them $15,000 a year in electricity.

President Obama has exempted GM for years from federal taxes.

He eviscerated bankruptcy law – throwing bond holders over the side to the benefit and illegal betterment of his union allies.

And he recess-appointed a Delphi pension fall-out profiteer to head-up – the Pension Benefit Guaranty Corporation (PBGC).

So as to circumvent the months-long hold placed on the appointment by…Democrat Ohio Senator Sherrod Brown. Who said “we owe it to Delphi retirees to take all steps possible to secure their pensions. That’s why I’m urging the Obama administration to encourage General Motors to meet its obligations to Delphi retirees.”

This wide array of abject failure would lead any normal person to run at warp speed away. This Administration is not made up of normal people.

President Obama has decided to make GM a reelection visual aide for what “successful” government intervention in the private sector looks like.

And the Crony Socialists stick together.

Bailout recipient Morgan Stanley has made the pitiful lump of a company that is Government Motors their #1 auto stock pick.

So what have we learned here?

And that Crony Socialism is as corrupt as it is utterly, dismally unsuccessful.

By “we,” I obviously do not mean the Obama Administration.