It has never been a secret in Ohio that there are tensions between Governor John Kasich and Ohio Republican Party Chairman Kevin DeWine. However, earlier this month, DeWine took the squabble public, which Ohio’s press gleefully reported. Democrats and anti-Kasich liberal blogs are now using DeWine’s words against Kasich. The conservative blogosphere in Ohio has reacted unanimously. Some have been long weary of DeWine, while others have remained neutral, but not any longer. 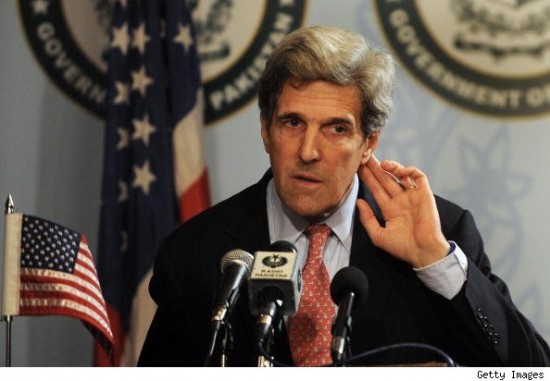 Chairman DeWine has also taken heat for his allegiance to Jon Husted. Husted, a former speaker of the Ohio House, positioned himself as a conservative during the 2010 secretary of state campaign only to kneecap election reform a year later. When the House tried to pass a photo-ID voting requirement, Secretary Husted opposed the measure, handing a rhetorical victory to the Ohio Democratic Party’s race-baiters and class-warriors.

Whatever DeWine’s merits or Kasich’s mistakes, Ohio needs Republican leaders on the same page going into 2012. DeWine should step down, Kasich should offer a replacement conservatives can rally behind, and we should all get back to work against Sherrod Brown and Barack Obama.

Also on 3BP, I point out that Kasich kept the dispute private, and that it was DeWine whose public words are now being used by Ohio’s left:

Kasich’s request to DeWine was made in private. He didn’t publicly call out DeWine or criticize him to the press. DeWine can’t seem to portray the same professionalism, and it is DeWine who is damaging the Republican Party in the process. When he makes public, erroneous and negative criticisms about the governor in public like he did to the central committee earlier this month, he is doing ODP Chairman Chris Redfern’s and (Kasich-hating liberal blog) Plunderbund’s job for them.

Mr. DeWine, it is time for you to step down as chairman. If you refuse to do so, the very least you could do is to behave honorably and stop the public attacks on the governor. If you bring him down, you bring the whole state party down. Your chairmanship isn’t worth destroying the party over, especially heading into a crucial presidential election.

Over at Great Ohio Perspective, they agree:

At the end of the day, we, like most Republicans in this state, would have preferred that Chairman DeWine and Governor Kasich shake hands and agree to work together. But recent actions have shown the Chairman isn’t willing to do that and 2012 is too important for this feud to continue.

In less than 12 months, Ohioans will cast their votes, most notably to decide Ohio’s next senator and our nation’s next president. For Republicans to win both those offices, and many others, we need a united Republican Party.

Unfortunately, that only appears possible if Chairman DeWine politely steps down.

Reason #7 really trumps the six mentioned above — Substantial personal animosities aside, a state’s governor has every reason to expect that his party’s state chairman will at the very least not work against him.

If the state chairman isn’t comfortable working with the governor, he should recognize that the situation is inhibiting progress, do the honorable thing, and get out of the way, regardless of how much his nearly hand-picked Central Committee supposedly supports him. But expecting Kevin DeWine to do the honorable thing appears to be hoping for way too much, as is expecting the ORPINO establishment to advise Kevin to do the right thing.

Finally, Matt Hurley at Weapons of Mass Discussion reminds DeWine that defeating Barack Obama and Sherrod Brown are more important than his chairmanship:

Here’s some food for thought: If the Chairman believes that this fight will allow Obama and/or Brown to win their respective races here in Ohio, why doesn’t he step down to prevent this from happening?

Every Republican in Ohio wants a united party to beat Obama and Brown, but DeWine’s actions are putting that at risk.