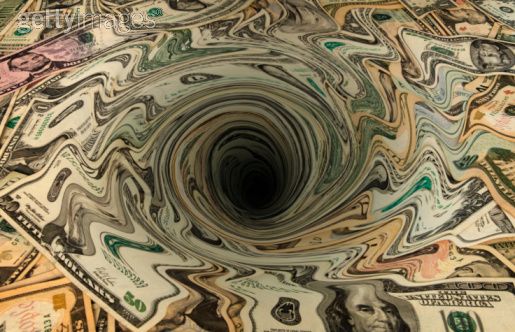 As we enter 2012, the presidential candidates would do well to wrap their minds and messages around these seven mathematical facts:

These are not partisan jabs, manufactured statistics, or ideological swipes. These are mathematical facts. And the presidential candidate who can most clearly and credibly articulate them–and their concomitant solutions–is bound to win.

Why? Because these facts point toward the solutions America must implement to avert the kinds of economic and social upheaval seen in Europe and elsewhere.

Start with mathematical fact number one–deficit spending. No person, family, business, or nation can spend more than it takes in and remain sustainable; it defies the simple laws of math and reason. And yet even as Washington hemorrhages $4 billion more than it has each day, citizens have watched as the farce that is “Super Committee” has proven it cannot even shave $1.2 trillion from America’s $15 trillion debt.

The time for carping over the appropriate size of government is over. The laws of math have settled the argument: either we return to limited government or we face economic collapse. Those are the choices. Period. As Robert Samuelson noted yesterday, “We are shifting from ‘give away politics’ to ‘take away politics.'”

Mathematical facts two and three–11% real unemployment and 20% male unemployment rate–focus the nation on the priorities of spurring economic growth, eliminating Obamacare, and adapting to the realities of the digital economy. Why aren’t employers hiring? As a September 2011 report by UBS explained, “arguably the biggest impediment to hiring (particularly hiring of less skilled workers) is healthcare reform.” And lest one forget, Obamacare hasn’t even gone into full effect and won’t until 2014. Even still, under Mr. Obama, the average family’s health insurance premiums have risen $2,393.

As for the male unemployment rate, the problem is threefold. First, male graduation rates continue to lag behind those of women. Second, American manufacturing, which used to be a primary source of male employment, is dying a quick death. Third, incarceration rates of males continue to skyrocket. In 1982, there were 500,000 people in prison (the majority of them males). Today, that figure stands at a towering 2.5 million. And that is to speak nothing of those whose crimes do not warrant jail time but will nonetheless permanently appear on their record when applying for a job.

Once former inmates and those with arrest records attempt to enter the workforce, they will be slapped by the new reality of the digital economy: no longer can people with blights on their record fudge or fib on job applications; employers can and do run national background checks for a few dollars and the click of a mouse.

What this means is that the old days when a kid could mess up and rebound are rapidly evaporating as competition among job applicants becomes fiercer by the minute. Couple this with fact number four–a drop in college graduate employment from 90% under Mr. Bush to 56% under Mr. Obama–and the fierce competition of a digital age comes into sharp relief.

Facts five, six, and seven–1 in 7 Americans on food stamps, 46 million under the poverty line, and historic childhood poverty rates–speak to the failures of Mr. Obama’s entire economic approach. Again, the argument over whether government should spend more on social programs has already been settled by the laws of math. Mr. Obama has added more to the national debt than all presidents from George Washington through Ronald Reagan–combined. The Keynesian experiment has been a miserable failure. Math doesn’t lie.

These seven facts mean that all presidential candidates must speak to a singular reality: America is a debtor nation. Indeed, America has $15 trillion less than the homeless man you see on the street. Put another way, that homeless man is $15 trillion richer than the United States of America. All the presidential candidates–including Mr. Obama–should stop and ponder that reality for a moment.

After all, it’s a mathematical fact.