Breitbart News Network will be hosting its second annual national security forum during the Conservative Political Action Conference and will expand the event from a single panel to a full day of events with top conservative leaders. 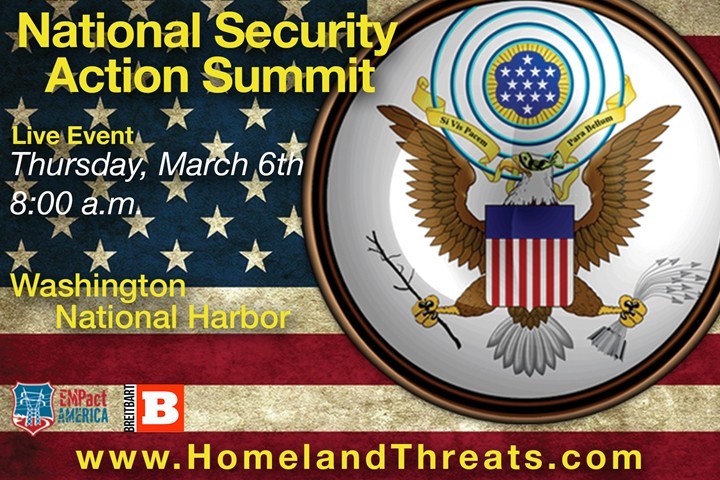 Many of the speakers presenting at the Uninvited II were not invited to CPAC, which is organized by the American Conservative Union.

The summit will take place at the Westin Hotel around the corner from CPAC’s location at the Gaylord National Resort and Convention Center at National Harbor. This year’s “Uninvited” event will take place on Thursday, March 6, the first day of CPAC.

“Conservatives – and Americans more generally – must be informed about the various international challenges confronting the United States today and in the years to come, and what we can do to address them,” Gaffney said. “The National Security Action Conference is a much-needed corrective to the failure of CPAC to cover such topics. Better yet, it will do so with many conservative leaders and others from whom especially the CPAC audience needs to hear but no longer can.”

“Now more than ever CPAC must honor their membership and turn away from the gutting of our military, giving in to a nuclear Iran and the weakening of our nation at war,” said EMPact America’s David Bellavia. “This cannot stand, and EMPact America proudly stands with Breitbart.com to ensure attention is paid to our national security and the feckless policies of the Obama administration, even if CPAC does not.”

Panel topics include the Muslim Brotherhood, “Amnesty and Open Borders: The End of America – and the GOP,” and “Benghazigate: The Ugly Truth and the Cover-up,” among others.

Confirmed speakers for 2014’s “The Uninvited” include:

More information about the event will soon follow. Check Breitbart News throughout the week for updates.

You can register for the event here.