After the Young Americans for Freedom chapter at Gettysburg College hung fliers advertising a meeting, they were instantly subjected to a vicious backlash from their liberal peers.

The fliers were vandalized with swastikas and obscenities, members were attacked online, called “racist” and “hateful,” and the chapter had to resort to hiring security guards to patrol their first meeting, which liberal students attempted to hijack. A campus wide email sent from an administrator noted that YAF’s viewpoint had caused some students to feel “unsafe.”

In a comical demonstration of irony, Gettysburg’s allegedly tolerant and inclusive campus liberals were photographed literally scrubbing the YAF chapter’s school-approved chalk messages from the sidewalk with sponges. 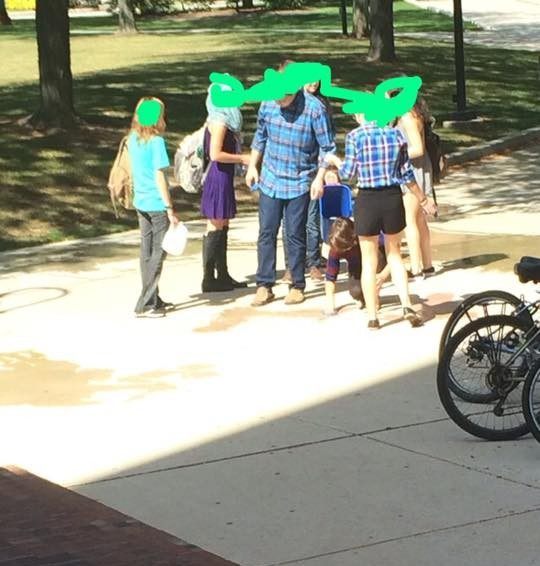 The content of those messages? “Protect our veterans,” “Religious liberty for all,” and “Defend the Constitution.”

In a stunning lack of appreciation for ideological diversity, Gettysburg student Emily Whitcomb told the school newspaper, “My thinking was, if these chalk words offend even one person on campus, that is reason enough (to me) to get rid of them.”

In the same article, Alison Lauro told the paper she believed that the chapter’s conservative ideas were “hateful” and making students feel “unsafe” was YAF’s goal “all along.” Campus rumors even erroneously pinned a recent assault on the YAF chapter.

The behavior of Gettysburg’s campus liberals spiraled out of control to the point where, on Friday afternoon, the school’s dean of students sent a campus-wide email urging YAF’s detractors not to “shy away” from the conservative viewpoint and admonished them for committing “personal attacks” and destroying YAF’s materials. The dean, Julie L. Ramsey, encouraged students to respect the free and open exchange of ideas.

Whether Gettysburg’s aggressively anti-free speech campus liberals will heed Ramsey’s message has yet to be seen.

Nevertheless, the decision of Gettysburg’s liberal community to literally scrub the conservative message off their campus is a strong metaphor for what is happening at schools nationwide.