As women’s issues become part of the 2016 presidential race, it may be instructive to review recent statements made by some of Bill Clinton’s alleged female victims regarding the ambitions of Democratic front-runner Hillary Clinton.

Last week, Hillary accused Republican canddiate Donald Trump of having a “penchant for sexism” in an interview with the Des Moines Register in Iowa.  The billionaire fired back on Twitter: “Be careful Hillary as you play the war on women or women being degraded card.”

Trump followed up with a second tweet, saying, “Hillary, when you complain about ‘a penchant for sexism,’ who are you referring to? I have great respect for women. BE CAREFUL!”

Clinton has sought to portray her campaign as one that is fighting for women’s rights.  On several occasions, she has tweeted about sex assault survivors’ right to be believed, and awkwardly starred in a campaign ad in which she insisted that one must always side with women who accuse men of sexual assault – a strange position given that her husband was repeatedly accused of precisely that crime.

Since Hillary first announced her candidacy in April, my weekend talk radio program has become a support center of sorts in which Bill’s female accusers tell their newly relevant stories; a safe-space for these women to sound off about the way they were allegedly treated by both Bill and Hillary. The theme that emerges is of an out-of-control, entitled husband, and a wife who was actively involved in covering up his behavior, many times by allegedly targeting the female victims themselves.

Rape Accuser Juanita Broaddrick to ‘Evil’ Hillary: ‘Shame on you!’

First, there is Juanita Broaddrick, the woman who famously accused Bill Clinton of rape and spoke out against Hillary’s candidacy on my show last month. 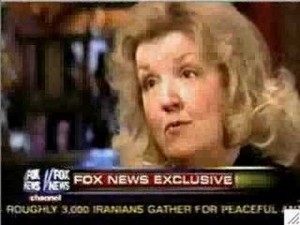 The notoriously media-shy Broaddrick said that Hillary tried to silence her. She rehashed a meeting with Hillary in 1978, in which, says Broaddrick, the future First Lady strongly implied that the alleged rape victim should not report her traumatic experience.

“I think she has always known everything about him. I think they have this evil compact between the two of them that they each know what the other does and overlook it. And go right on. And cover one for the other,” she said.

Broaddrick said she “almost died” three months ago when she first heard about Clinton’s campaign ad on supporting female victims of sexual assault.

Broaddrick responded: “Aaron, the only thing that I would like to say is I hope that someday these two people, these people that I feel like are so evil, will be brought to justice. … You know, if I can help in that, I will. But these are not good people for America,” she said of Bill and Hillary.

Broaddrick was a nursing home administrator volunteering for then-Arkansas Attorney General Bill Clinton’s 1978 gubernatorial bid when – she claims – Bill weaseled his way into her hotel room. When she resisted his advances, she says Clinton suddenly kissed her and the alleged rape took place:

She described the scene to NBC’s Nightline in 1999:

Then he tries to kiss me again. And the second time he tries to kiss me he starts biting my lip. … He starts to, um, bite on my top lip and I tried to pull away from him. And then he forces me down on the bed. And I just was very frightened, and I tried to get away from him and I told him “No,” that I didn’t want this to happen, but he wouldn’t listen to me. … It was a real panicky, panicky situation. I was even to the point where I was getting very noisy, you know, yelling to “Please stop.” And that’s when he pressed down on my right shoulder and he would bite my lip. … When everything was over with, he got up and straightened himself, and I was crying at the moment, and he walks to the door and calmly puts on his sunglasses. And before he goes out the door he says, “You better get some ice on that.” And he turned and went out the door.

Broaddrick explained that for a long period after the alleged rape she was in a state of shock and denial about what she says transpired.  After the trauma, she recalled attending a private Clinton fundraiser at the home of a supporter, where she says she was directly warned by Hillary.

Broaddrick told me that a friend of hers who had driven the Clintons to the fundraiser from the local airport informed her that “the whole conversation was about you coming from the airport. Mostly from Mrs. Clinton.”

She recalled: “And so then about that time, I see them coming through the kitchen area. And some people there are pointing to me. He goes one direction and she comes directly to me. Then panic sort of started to set in with me. And I thought, ‘Oh my God, what do I do now?’”

Broaddrick said Hillary approached her “and said ‘It’s so nice to meet you’ and all of the niceties she was trying to say at the time.”

“And said, ‘I just want you to know how much Bill and I appreciate the things you do for him.’ And I just stood there, Aaron. I was sort of you might say shell-shocked.”

“And she said, ‘Do you understand? Everything you do.’’’

“She tried to take a hold of my hand and I left. I told the girls I can’t take this. I’m leaving. So I immediately left.”

Broaddrick recalled that “what really went through my mind at that time is ‘She knows. She knew. She’s covering it up and she expects me to do the very same thing.’”

Kathleen Willey was a Democratic activist who, along with her husband Ed, founded Virginians for Clinton, which supported Bill Clinton’s successful 1992 White House bid. 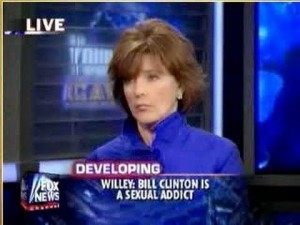 Willey became a White House volunteer during Clinton’s first term. She says she was facing a tough financial situation, so she personally approached Bill about the possibility of a paid position. Instead of offering to help her, Willey says she became the victim of “nothing short of serious sexual harassment.”

Since Hillary’s campaign announcement in April, Willey has spoken out against the Democratic front-runner during numerous exclusive interviews on my radio program.

“This woman wrote the book on terrorizing women, on terrorism,” Willey exclaimed in one of those interviews.

I went through them. I lived through them. And I know exactly what I am talking about. She is the war on women. I don’t care what anybody says.

Willey refuses to watch as Hillary’s campaign accuses Republican candidates like Trump of waging a so-called war on women.  In August, Willey announced the launch of a new anti-Hillary website called A Scandal a Day.  A section of the site asks women who may have been sexually assaulted by Bill Clinton to come forward.

In an October interview, she sent a message directly to Hillary via my talk show:

“I am going to be shadowing you every single place you go to remind people, especially young people, young women, college-aged students who don’t remember any of this. I want them to know all about this. Because once they do they are not going to be real proud of supporting her as the first woman president.”

“I am going to haunt her everywhere she goes,” Willey added of Clinton. “So she’s not going to get rid of me ever until she disappears.”

“And I have plans already for New Hampshire,” Willey added, referring to the upcoming Democratic party presidential primaries there.

Gennifer Flowers: “A joke that she would run on women’s issues”

Gennifer Flowers, who says she was Bill Clinton’s consensual mistress for more than 12 years, told me she fears a Hillary Clinton presidency.  In her only interview since Clinton announced her candidacy, Flowers in October accused Hillary of being “an enabler that has encouraged him (Bill) to go out and do whatever he does with women.”  Clinton admitted in a deposition to one sexual encounter with Flowers. 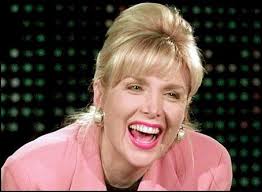 “She always got things on the back of her husband. … I think it’s a joke that she would run on women’s issues.”

I asked Flowers point blank what she thought of Hillary’s attempt to make women’s issues a major part of her campaign. Flowers responded by saying, “You know, people criticize me for talking about her because I had an affair with her husband.”

“Woman’s rights. Ha!” Flowers added. “I personally have worked my tail off to get where I am in the entertainment business, which has not been easy since the Clinton scandal, by the way. … Hillary never put up a shingle and worked for her clients and built her clientele. She always got things on the back of her husband. … I think it’s a joke that she would run on women’s issues.”