Signs that resemble the lettering and coloring of Paul Ryan’s official campaign signs have popped up throughout the district, which purport to support Ryan for Congress in light of his globalist worldview. 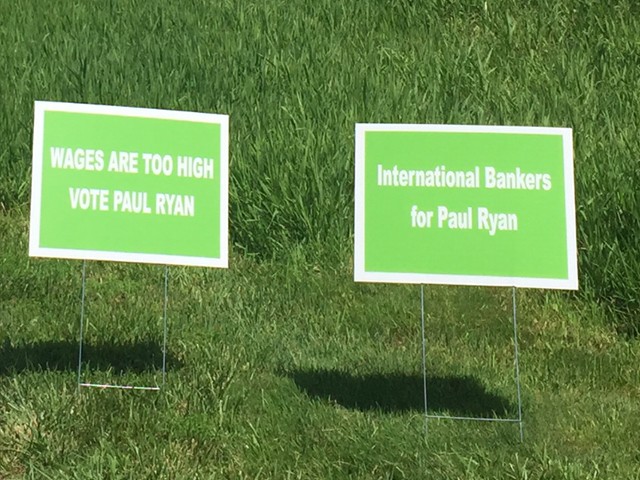 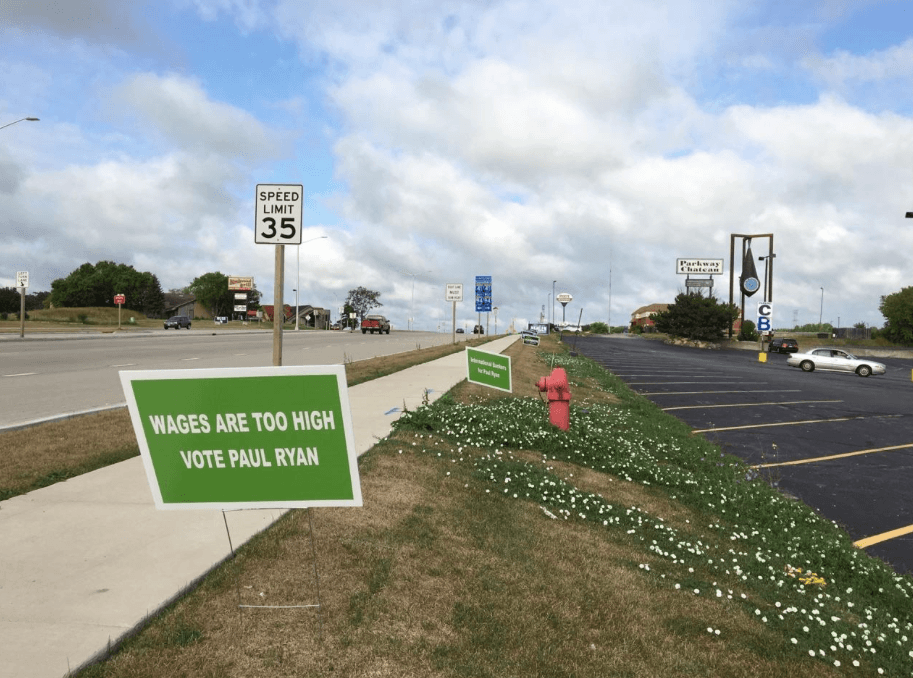 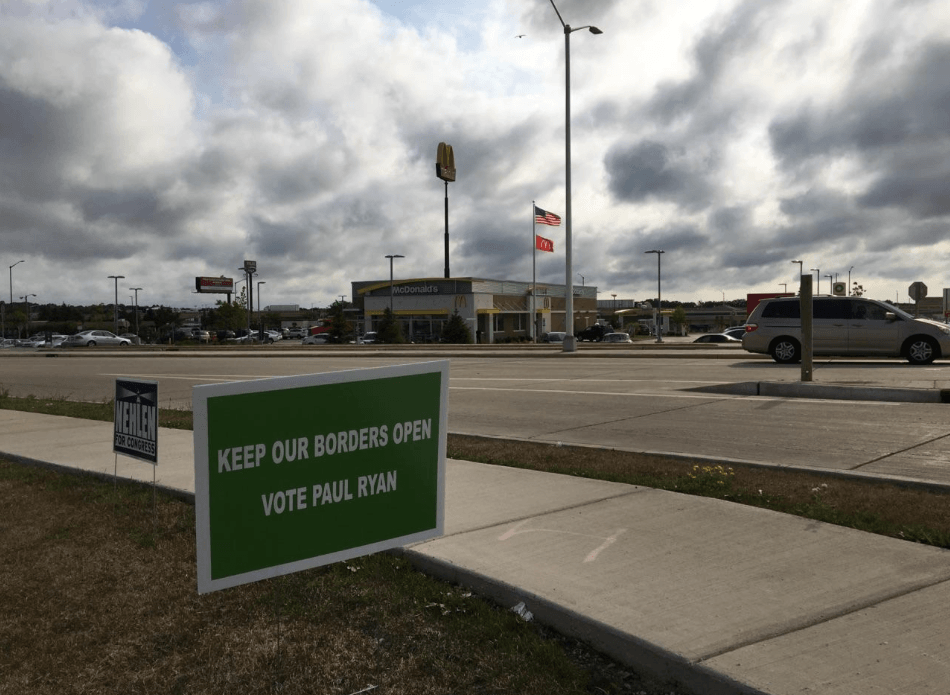 The signs have been spotted throughout Ryan’s district– from Pleasant Prairie to Kenosha to the ramp 143 in Darien.

Ryan has been one of Congress’s most vocal advocates for open borders trade and immigration policies. Ryan was President Obama’s “partner” in pushing to fast track the Trans Pacific Partnership. Ryan has called for an “open door” immigration system that allowed workers to come and go to fill U.S. jobs. Ryan has previously explained the U.S. needs to import low-skilled foreign labor in order to help corporations keep wages low.

Paul Nehlen, who is running to unseat Ryan in Wisconsin’s August 9th open primary, has said that Ryan is not “a conservative from the conservative wing of the Republican Party,” but rather is “a soulless globalist from the Democrat wing of the Uni-Party.”

“Paul Ryan was grown in a petri dish in D.C. He is absolutely an open borders guy, through and through,” Nehlen said. “He is all in for the cheapest possible labor for Wall Street. That’s what Paul Ryan’s in for. Paul Ryan’s in for Paul Ryan.” Nehlen added, “Can you name the last time Paul Ryan worked as hard for Wisconsin workers as he has for corporate America? I can’t. I can’t think of one time.”