Clinton’s campaign manager Robby Mook opened a conference call with reporters by calling Breitbart a “so-called news site” that trafficked in conspiracy theories and began smearing the journalistic company with the usual leftist attacks on Republicans and conservatives.

“Donald Trump has decided to double down on his most small, nasty, and divisive instincts by turning his campaign over to someone who is best known for running a so-called news site that peddles divisive, at times, racist, anti-Muslim, anti-Semitic, conspiracy theories,” Mook said. 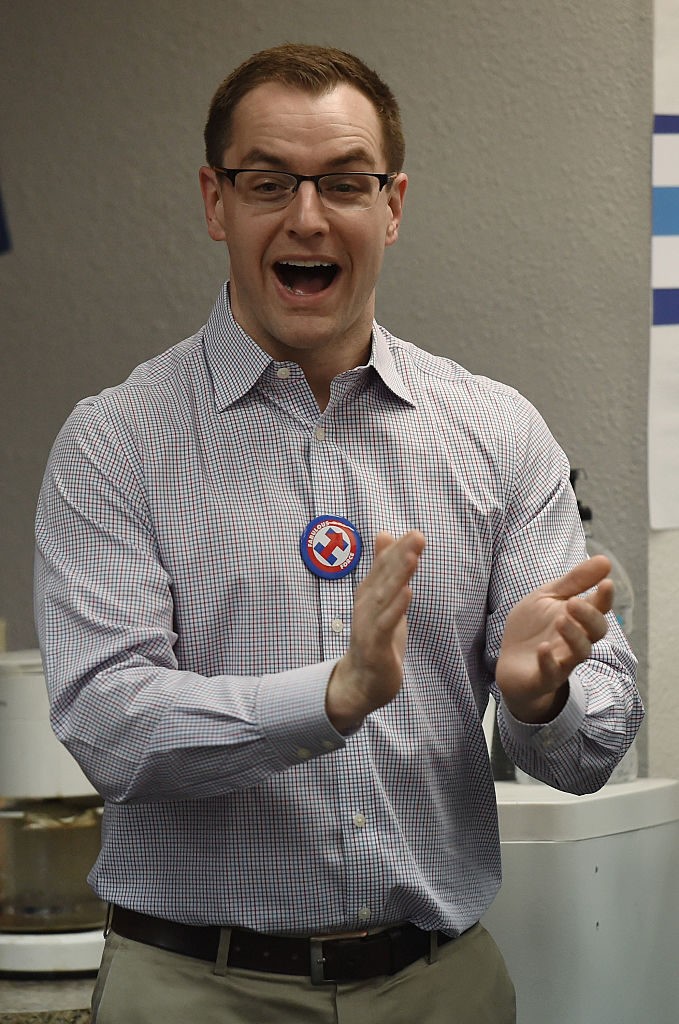 Mook cited the leftist Southern Povery Law Center’s decision to condemn Breitbart News as a media arm of the racist “alt-right” to back up his statements.

He argued that by choosing Bannon to join his campaign, Trump would be expected to push “more conspiracy theories, more wild accusations” about Hillary Clinton and would never pivot to the kind of candidate that the establishment Republicans wanted.

Mook appeared frustrated by the website’s recent reporting on Hillary Clinton, but vowed that Breitbart News would not stop her from becoming president.

“People like Bannon and Breitbart have been going after Hillary every day for this entire campaign, and she is still standing strong, so this is nothing new.” he said.

“The Breitbart organization has been known to defend white supremacists, like Trump, has refused to apologize to gold star father Khizr Khan. Bannon himself has said that he would keep “relentlessly going after Kahn,” he said.

“Breitbart has compared the work of Planned Parenthood to the holocaust,” he said.

It appears that Mook is not a fan of Breitbart Senior Editor Milo Yiannopoulos, disapprovingly noting that the website “repeatedly used anti-LGTB slurs in their coverage.”

“Like Trump himself, Breitbart and Bannon have frequently trafficked in all sorts of deranged conspiracy theories from touting that Obama was not born in America to claiming that the Obama administration was ‘importing more hating Muslims,’” he said.

Mook added that it was “not surprising” to see the Trump decision to hire Bannon, but that his “divisive” and “hateful” rhetoric would scare away voters.

“We absolutely expect that with this change we expect Donald Trump and the campaign as a whole to double down on more hateful divisive rhetoric, more conspiracy theories, more wild accusations.”

Although Breitbart News participated in the media conference call, organizers did not grant a request for a question.

Today, the Hillary Clinton campaign has decided to name-call and character assassinate Breitbart News Network and its 31+ million monthly readers. They say that we are “anti-Semitic,” though our company was founded by Jews, is largely staffed by Jews, and has an entire section (Breitbart Jerusalem) dedicated to reporting on and defending the Jewish state of Israel. They call us “racist,” even though her husband’s law enforcement policies led to mass incarceration of blacks. And they call us “conspiracy theorists,” even though Clinton herself was the original “birther!” Yet, according to her team, it’s Breitbart News that is “divisive.” Fending off charges of hatred and bigotry is nothing new for those who oppose the political and media establishment, but Hillary Clinton is cheapening the meaning of these once-powerful words — and she believes the American people are too stupid to see what she is doing. No wonder only 11% find her honest and trustworthy.