The International Organization for the Family (IOF) rolled out its “Cape Town Declaration” in South Africa Friday, reaffirming the critical role of traditional man-woman marriage as the bedrock of civilization.

The Declaration, already signed by hundreds of religious, political, social, and civic leaders from all the continents, states that the family is the “first and primordial community” and that marriage is “the conjugal bond of man and woman.” This definition is not “a matter of preference or temperament or taste,” the signers declare, but “the heart of any just social order.”

Throwing down the gauntlet to the LGBT lobby, the text states that a thriving culture will firmly resist “every push to redefine marriage: to include same-sex or group bonds, or sexually open or temporary ones.” The document also declares that the nature of marriage as between one man and one woman is “a truth that no government can change.”

The roll out for the statement took place on International Human Rights Day, the anniversary of the proclamation of the Universal Declaration of Human Rights (UDHR) by the United Nations General Assembly in Paris on December 10, 1948.

Brian Brown, President of the International Organization for the Family (IOF), told Breitbart News that the Cape Town Declaration is a “historic step in the global fight to preserve the truth about marriage.”

“Forcing the agenda of same-sex ‘marriage’ on nations by manipulation of foreign aid or the like is a deplorable practice,” Brown said, adding that signers pledge to work toward recovering the true understanding of marriage in places where governments have “imposed an unwanted and unwarranted distortion of marriage upon society.” 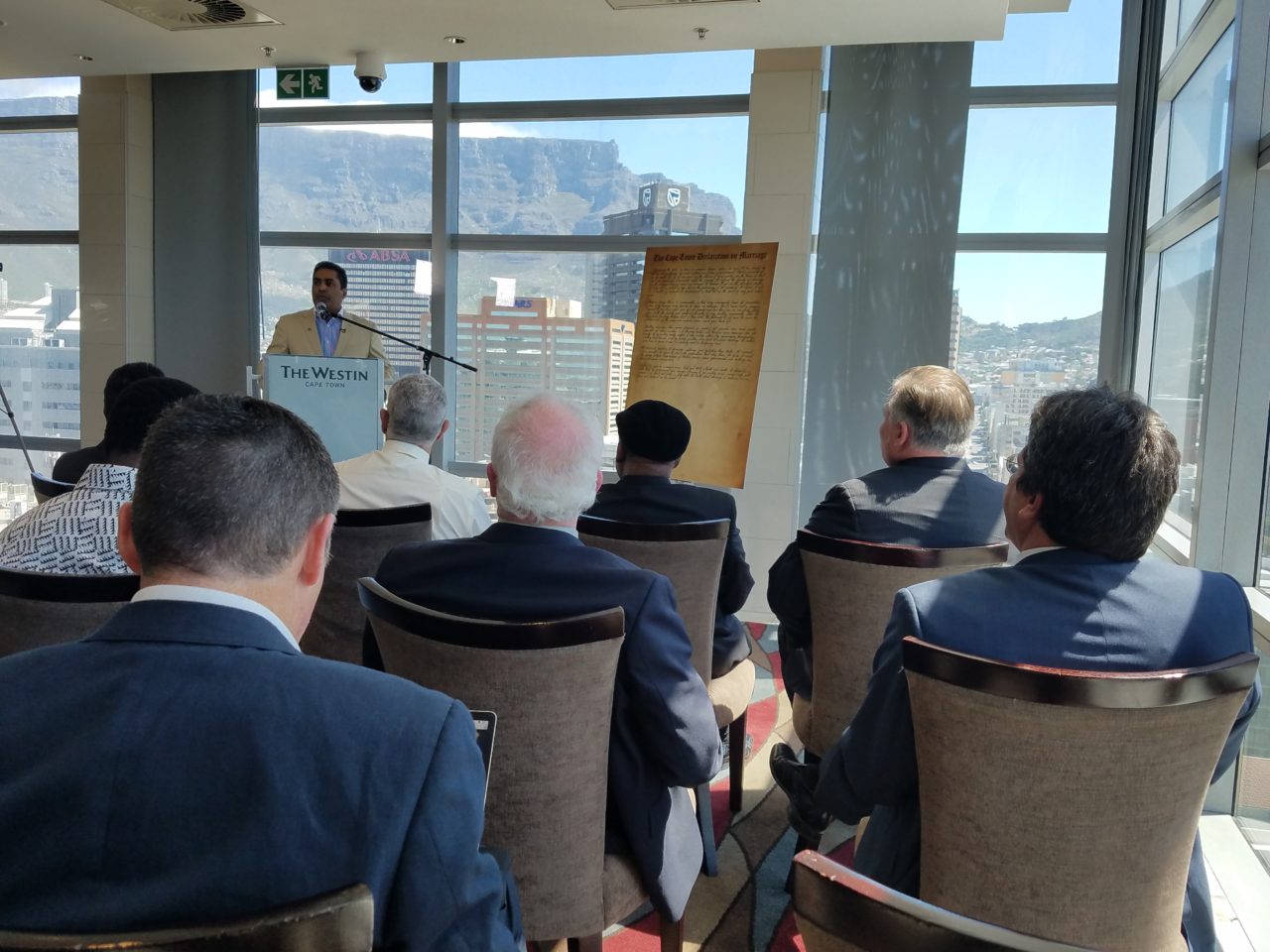 The launch of the Declaration marks the beginning of a year-long campaign aimed at obtaining millions of signatures across nations and continents. Dozens of international leaders met in Cape Town Saturday for the official promulgation of the document.

Under the hashtag #CapeTownDec, the text bears the signatures of bishops, parliamentarians, presidents and CEOs of pro-family organizations, university professors, researchers and directors of NGOs.

Beyond affixing their names to the document, signers also pledge “to resist the rising cultural imperialism of Western powers whose governments seek nothing less than the ideological colonization of the family.”

“Bowing to no earthly power, using every just measure, we shall not falter or flag until the truth about marriage is embraced in our laws and honored in our lands,” the Declaration states.

“Our goal is to gain two million signatures on the Cape Town Declaration within a year from today: December 11, the Universal Day of Human Rights,” IOF’s Brian Brown said.