WASHINGTON D.C. — Two bright spotlights shine on former WWE executive Linda McMahon as she sits down at a desk with a bottle of water next to her.

As a group of eight serious-looking political figures peer back skeptically back at her. A man identifying himself as Senator Ed Murray asks a question about her support of President-elect Donald Trump during the campaign.

The man, although dressed in a suit, looks nothing like the real senator. But a paper with the official portrait of the Irish red headed senator is helpfully taped in front of the desk with an identifying name tag. He sips at a bottle of Diet Cherry Pepsi as McMahon replies to his line of questioning. 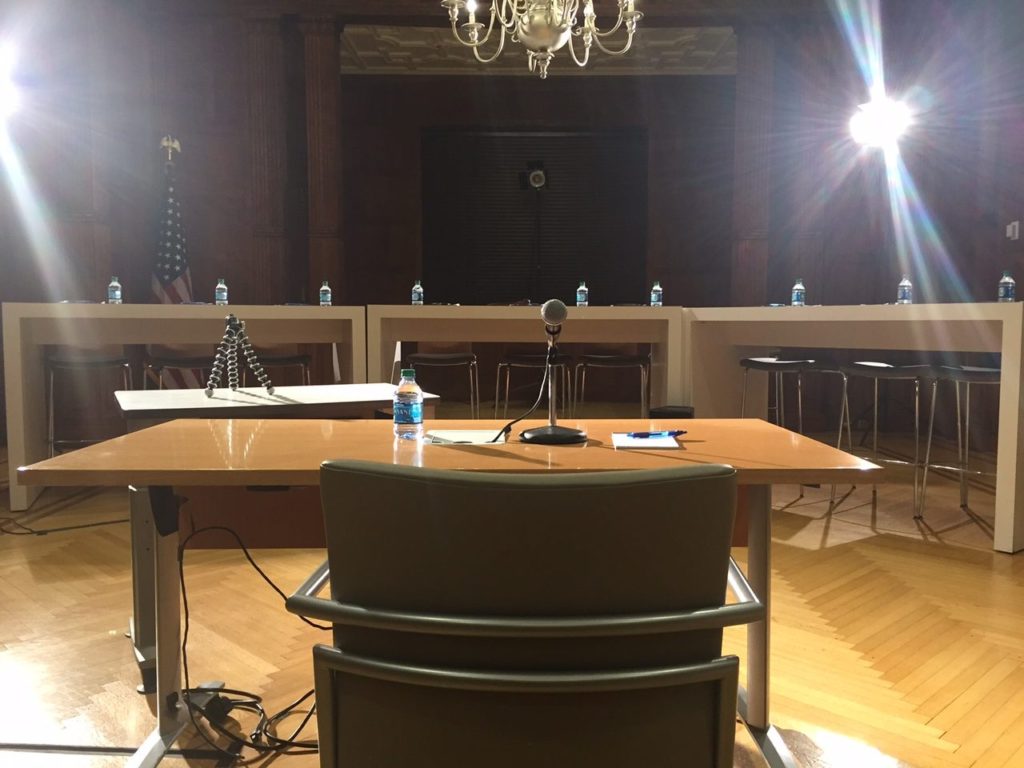 McMahon is Donald Trump’s cabinet nominee to serve as the head of the Small Business Administration, a position that requires Senate confirmation.

The mock sessions usually last two hours. Then the team takes 30 minutes to debrief the nominee about the performance. By the time McMahon’s session is over, she has answered some 100 separate questions.

Many of the characters playing Democrats are experienced Washington D.C. officials. On occasion, an actual member of Congress will step in to play the part of a Democratic colleague, according to a transition team source.

A man playing the part of Sen. Cory Booker shows up at the hearing late through a side door and whispers quietly to a few of his senate colleagues before sitting down.

“I’m sorry we weren’t able to meet before the hearing,” he tells McMahon, apologizing for his busy schedule, but he immediately challenges her experience as a small business owner.

A digital timer on the wall ticks down as each “Democrat Senator” uses the allotted time to question her suitability for the position.

While not part of the script, a swarm of police sirens blows by outside the nondescript government building where the transition team is holding practice sessions. McMahon continues speaking, undaunted by the interruption.

Behind her, the wood paneled room includes several rows of chairs as a half dozen staffers sit and take notes. One staffer drops his phone on the floor and McMahon resists the urge turn around and react to the noise behind her. Other staffers come in and out of the hearing doors, simulating the various distractions that will likely take place.

An iPad is stationed in front of McMahon, recording her performance.

“Sen. Booker’s” time is running out, but he quickly switches gears.

”When was the last time your drove your own car?” he asks. “What kind of car do you drive?”

The mock chairman bangs the gavel, reminding Booker that his time has expired and moves on to another senator.

“I almost forgot who I am,” grins a female volunteer playing Sen. Maria Cantwell, as she starts her line of questioning. But the “Senator from Washington state” doesn’t hold back, with detailed questions about her plan to help small businesses.

All of Trump’s nominees, including the experienced members of Congress, complete a “murder board” session. Some fifteen of them took place in the first week of January. Since then, the group of Trump nominees have answered more than 2,000 questions from their colleagues and completed at least 70 hours of questions.

Although some of Trump’s cabinet selections are successful business owners, some of them have never testified in a congressional setting. Transition team leaders want to make sure that each nominee is prepared for the grueling experience.

When McMahon is finished, her team will review her performance, and if necessary run the mock session again.

After hours of practice, McMahon’s team turns off the spotlights and gathers up their folders of notes and heads to the elevators. As they wait for the doors to open, they glance at a countdown calendar on the wall. 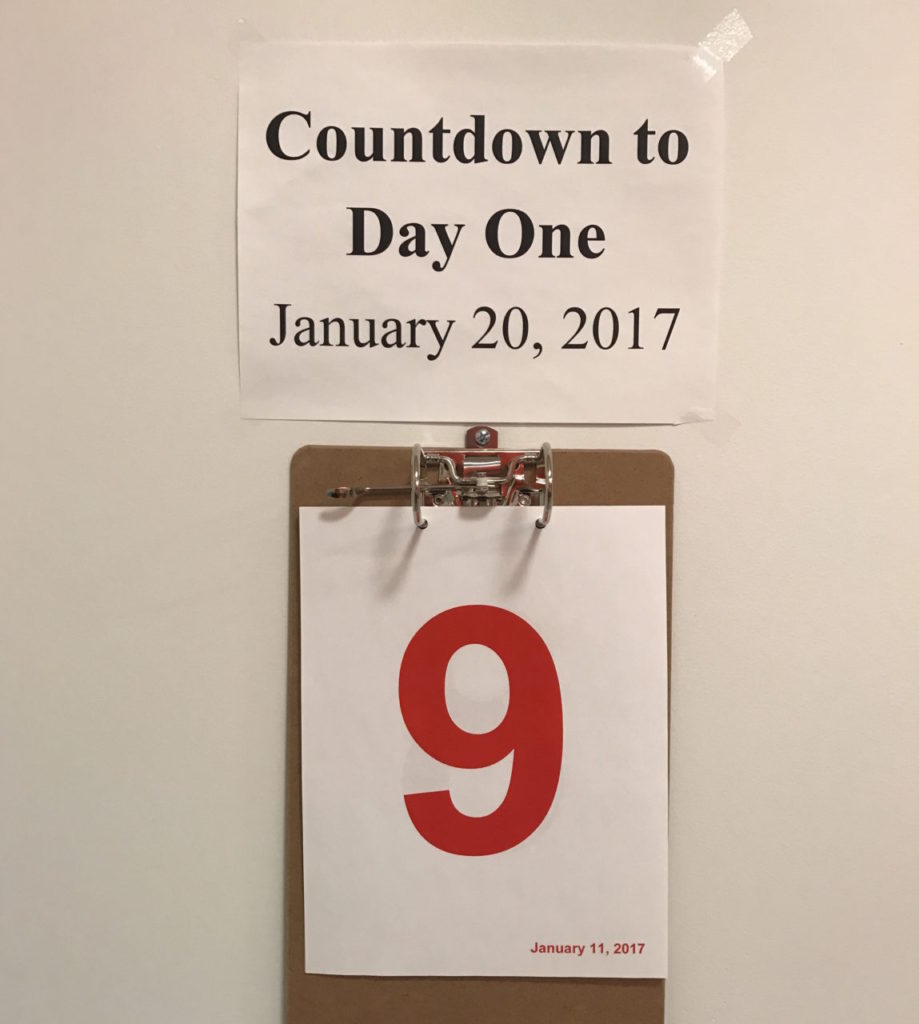