The cover story, authored by David Von Drehle, describes how Bannon considers himself a honey badger tearing down the establishment.

Over a piece of old nature footage, a clever narrator commented on a single-minded beast known as a honey badger. Through bee stings, snakebites and other degradations, the animal never stops killing and eating. “Honey Badger don’t give a shit,” the narrator summed up. Bannon adopted the phrase as a motto.

Official Washington and its counterparts around the globe are struggling to understand just how much the honey badgers are now running the show. There is no doubt the badgers are starving for change and don’t care if they get stung by swarms of pundits, incumbents, lobbyists and donors–not to mention foreign leaders and denizens of Davos. In fact, they seem to like it.

Describing Bannon as a “manipulator” is part of a growing false narrative set by the left that Trump is not in control of his own administration. New York Times columnist Thomas L. Friedman described the “Steve Bannon-led White House” while the left is demanding the impeachment of “President Bannon.”

Bannon has worked closely with the president to implement his agenda despite efforts from the Washington establishment to bend the Trump administration to abandon campaign promises that got him elected. 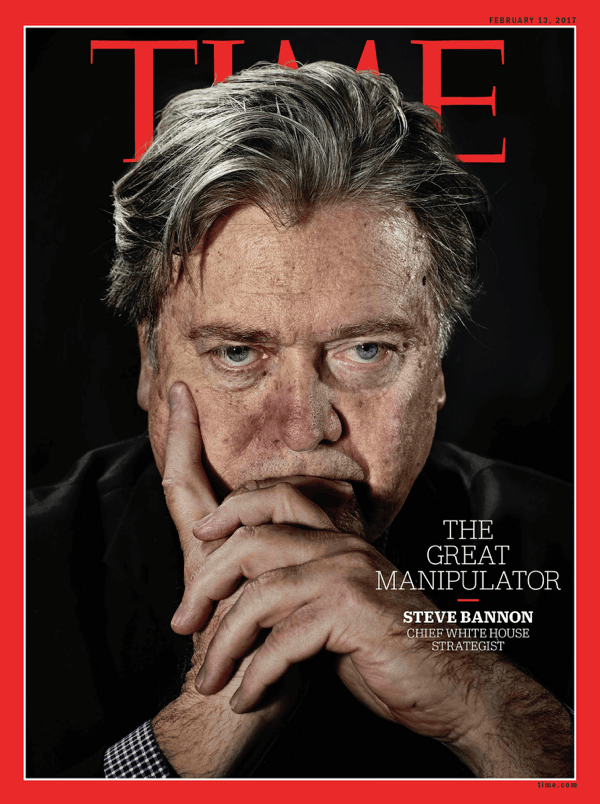