A new paper demonstrates that taxpayer-funded Planned Parenthood obtains 35 percent of the U.S. abortion market, a figure that well overtakes the market shares of leaders in other industries.

“In 2015, Planned Parenthood performed more than one third (35.4%) of all the induced abortions in the U.S.,” write Charlotte Lozier Institute (CLI) President Chuck Donovan and Dr. James Studnicki, CLI’s vice president and director of Data Analytics.

The authors compare Planned Parenthood’s share of the U.S. abortion market to the market shares of leaders of other industries: 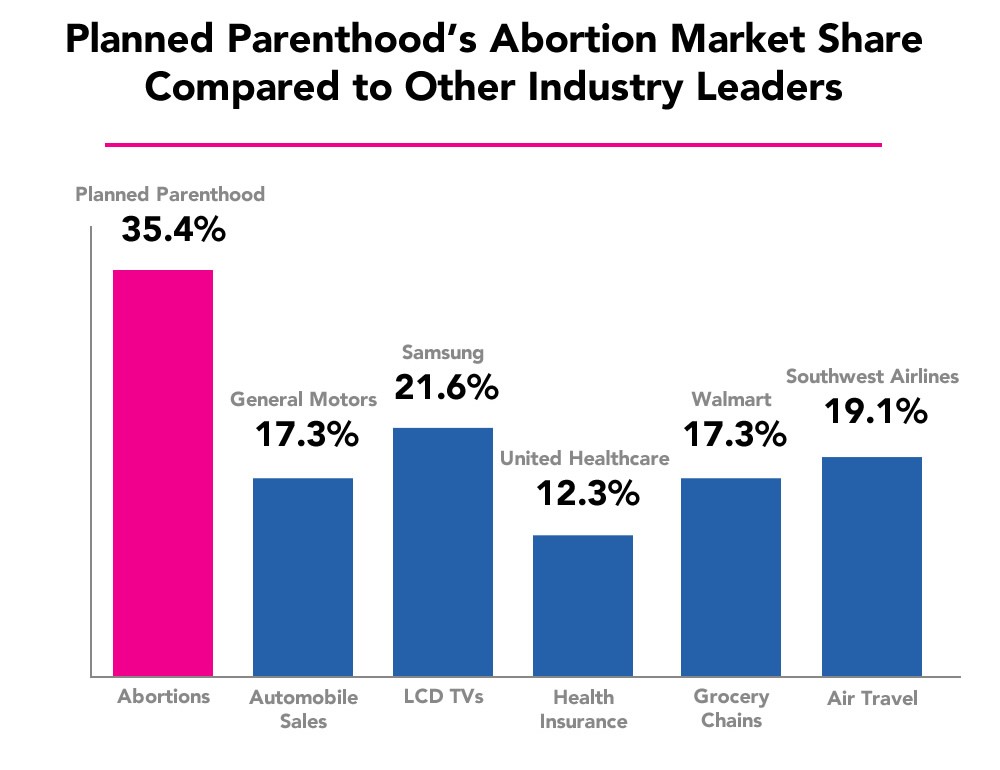 “The level of market dominance for abortions demonstrated by Planned Parenthood could be taught in business schools as the ultimate example of strategic planning and execution,” Donovan and Studnicki assert. “It is a defining activity.”

Additionally, the authors find that Planned Parenthood depends primarily on its abortion-centered business model – and is not a significant provider of medical care in the United States, despite its self-promotion as an “irreplaceable” and “life-saving” healthcare provider:

Why I won’t stop talking about my abortion: https://t.co/hdPWZocm9U via @cosmopolitan

The report observes that Planned Parenthood provides less than 1.4 percent of the nation’s HIV tests and less than 1 percent of pap tests, and that in the last five years service-to-client ratios for breast exams and pap tests have declined by 37 percent. 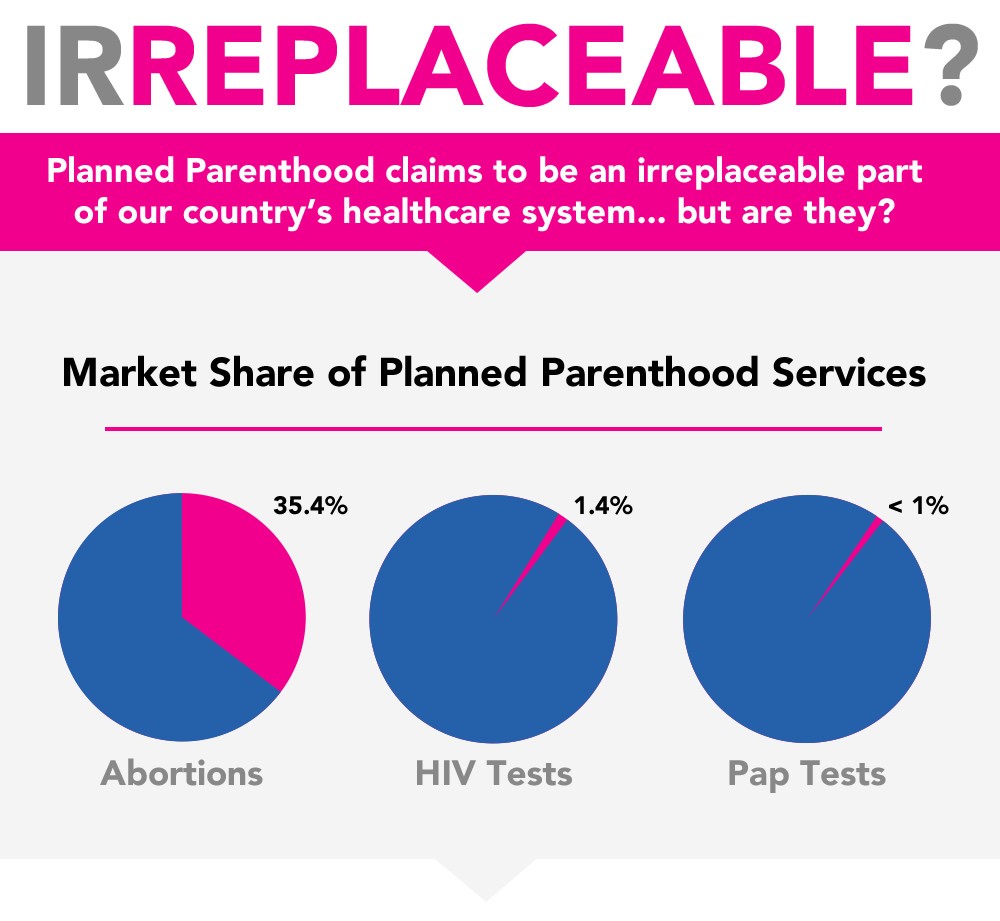 “There is little or no demonstrable capability for definitive diagnosis or a range of treatments for any disease or condition at Planned Parenthood centers,” write Donovan and Studnicki. “With the exception of abortion, Planned Parenthood does not provide any service that is not easily available from alternative providers.”

Similarly, Planned Parenthood reports 9,419 prenatal services in its latest report, a significant drop since a year ago, when the group claimed 17,419 of the same services.

Regarding its revenue, the latest annual report shows Planned Parenthood’s total revenue to be $1,354.3 million, an increase over the $1,296.1 million reported in 2014-2015. The organization shows an increase in government reimbursement and grants this year, reporting $554.6 million in taxpayer funding, while in 2014-2015, it reported $553.7 million.

.@CecileRichards talks about her life, her work, and her inspirations: https://t.co/hq42hkIWaN via @people

“Planned Parenthood promotes itself as an indispensable health care provider and community asset, while downplaying its role as the nation’s largest abortion vendor,” Studnicki said. “This fiction is essential to justifying the half billion dollars in annual taxpayer funding they receive, but their own data paint an entirely different picture.”

Donovan adds that Planned Parenthood’s commitment to abortion for any reason “is clearly more than ideological.”

“Their market domination would make such giants in their respective industries as General Motors and Samsung envious – but cornering the abortion market is nothing to celebrate,” he states.

The Charlotte Lozier Institute is the education and research arm of the pro-life Susan B. Anthony List (SBA-List).