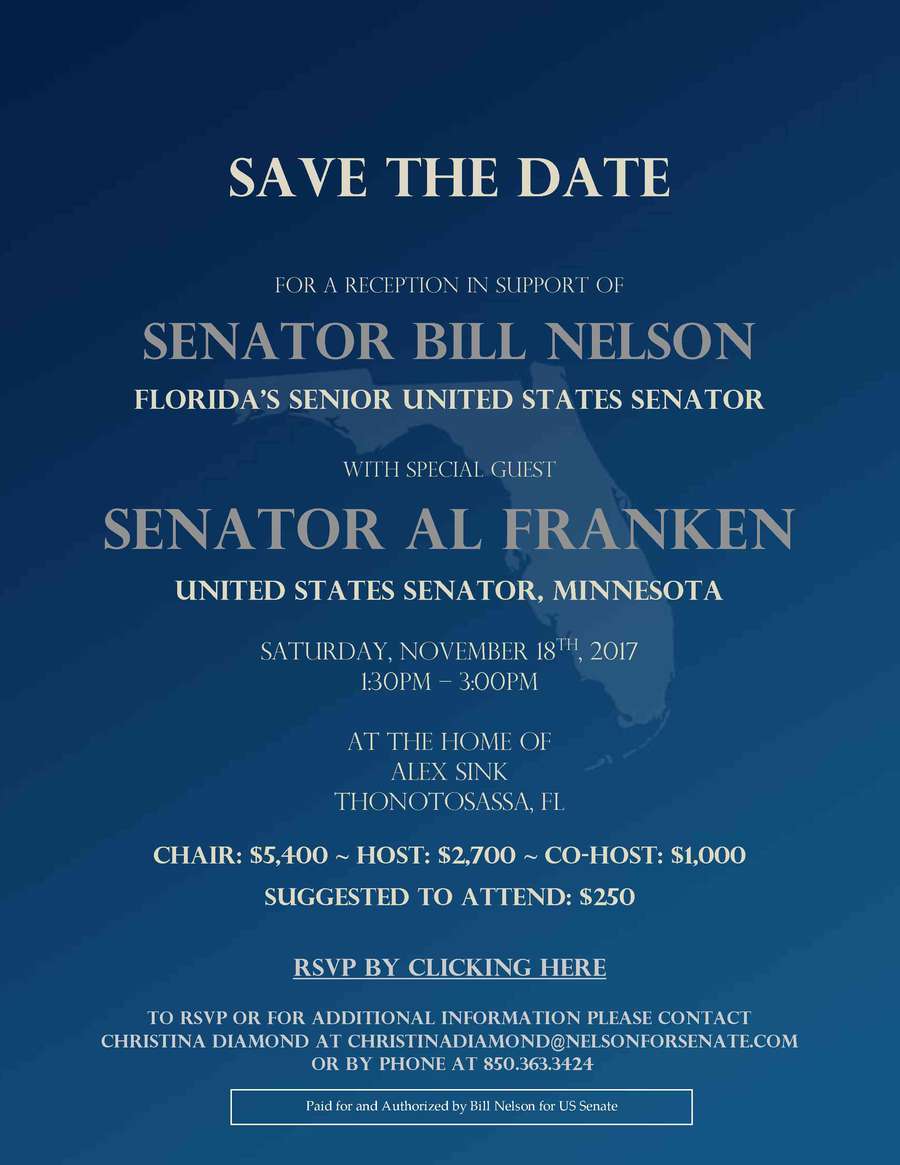 According to the Times’ Adam C. Smith, the invitation for the fundraiser accompanied a note from Sink declaring she was a “big fan” of Franken.

“In December 2015, we were thrilled to host Hillary at my home in Thonotosassa. On Saturday, November 18 we have the honor of hosting Senator Al Franken for a fundraiser on behalf of Senator Bill Nelson’s reelection campaign! I am a big fan of Senator Franken…. In fact, I think he should consider running for President! He has been a dedicated and extremely effective Senator, and he certainly knows how to connect with people!,” Sink wrote in an email invite.

Franken’s visit to Florida on behalf of Nelson, who is up for re-election next year, comes at a time when Florida’s senior U.S. Senator is reportedly suffering from a name identification problem.

A recent story featured by the Pensacola (FL) News-Journal showed that a University of North Florida poll found nearly half of respondents knew very little about the 17-year incumbent Nelson.

“I saw this number and I was flabbergasted,” said Michael Binder, faculty director of the Public Opinion Research Lab at the University of North Florida, said to USA Today’s Ledyard King.

“Nelson doesn’t do as many things publicly that get picked up in the media as someone like [Marco] Rubio,” Binder added. “He is this anomaly. The guy keeps winning elections and he doesn’t have that name recognition. It’s really fascinating.”

That same University of North Florida poll showed Nelson tied in a potential match-up with Gov. Rick Scott (R-FL).  Scott, who is considered likely to seek the U.S. Senate seat occupied by Nelson, has yet to formally announce his candidacy.