Their study, titled Environmental Warming and Feminization of One of the Largest Sea Turtle Populations in the World, warns that global warming could turn the world’s sea turtle populations female, possibly leading to their extinction.

For the study, scientists caught green turtles at the Howick Group of islands where both northern and southern green turtle populations forage in the Great Barrier Reef.  Using a combination of endocrinology and genetic tests, researchers identified the turtles’ sex and nesting origin.

Of green turtles from warmer northern nesting beaches, 99.1% of juveniles, 99.8% of subadults, and 86.8% of adults were female. Turtles from the cooler southern reef nesting beaches showed a more moderate female sex bias (65%–69% female).

If global warming continues, the study concludes, then so many turtles may turn female that there will be no males with which to mate. Extinction will then be inevitable.

With warming global temperatures and most sea turtle populations naturally producing offspring above the pivotal temperature [14], it is clear that climate change poses a serious threat to the persistence of these populations.

This all sounds very worrying, until you realize that the study was actually co-produced by the WWF itself, probably with a view to reaching this conclusion:

More ambitious climate change targets must also be adopted and enforced in order to save the Great Barrier Reef, its natural treasures and unique wildlife.

In other words, like so many environmental studies these days, it is more of a political artefact than a scientific one.

As Paul Homewood notes, the story falls down for a number of reasons.

First, the idea that the turtles’ breeding grounds in Queensland are going to carry on getting hotter is purely speculative. It is not a trend backed up by real-world data. 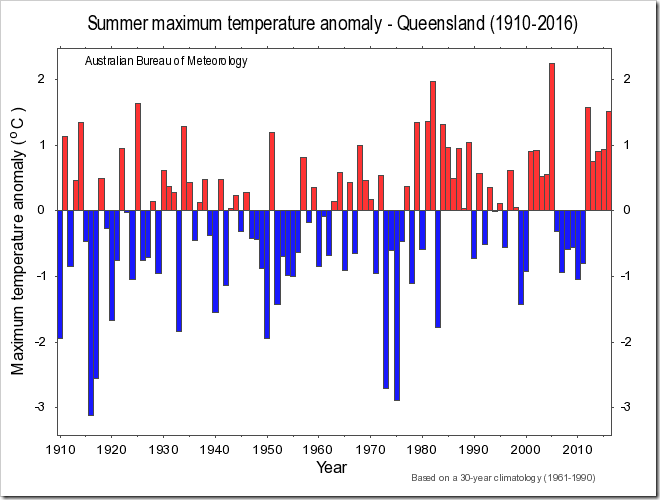 Second, turtles have been around for some time, are widespread and resilient.

Green turtles are in fact remarkably widespread, and are found in tropical, subtropical and temperate waters around the world. They certainly are not dependent on a narrow set of weather conditions.

They have also been around for more then 100 million years, so the idea that they will all die out if it gets a bit warmer is palpable nonsense.

Though it can’t resist a brief nod to the Narrative – “research suggests that the northern and southern stocks may be exhibiting characteristics of populations under threat” – the Great Barrier Reef Marine Park Authority admits that the bottom line is this:

To date, there have been no detectable declines in the number of nesting green turtles at Great Barrier Reef nest monitoring sites.

That’ll be why they call sea turtles the “polar bears of the south”, then. Or if they don’t, maybe it’s time they did.