The National Immigration and Customs Enforcement (ICE) Council wrote in a letter to President Trump that the union is “unable to support” an immigration plan crafted by at least four White House advisers.

The ICE union’s President, Chris Crane, stated that while the council is supportive of Trump’s “America First” immigration agenda, they are unable to support the White House’s latest immigration plan.

Additionally, the plan would not immediately end the process of “chain migration,” which allows newly naturalized citizens to bring an unlimited number of foreign relatives to the U.S. with them. Since 2005, chain migration has imported more than nine million foreign nationals to the country.

Under the Short/Kelly/Nielsen/Miller immigration plan, the entire chain migration backlog of about four million foreign nationals would be allowed to still enter the U.S., meaning America’s working and middle class would not be relieved from mass immigration for ten to potentially 20 years.

The ICE union said in their letter that their biggest concerns with the White House’s proposal is the plan’s lack of pro-American reforms dealing with sanctuary cities and child-smuggling across the U.S.-Mexico border. 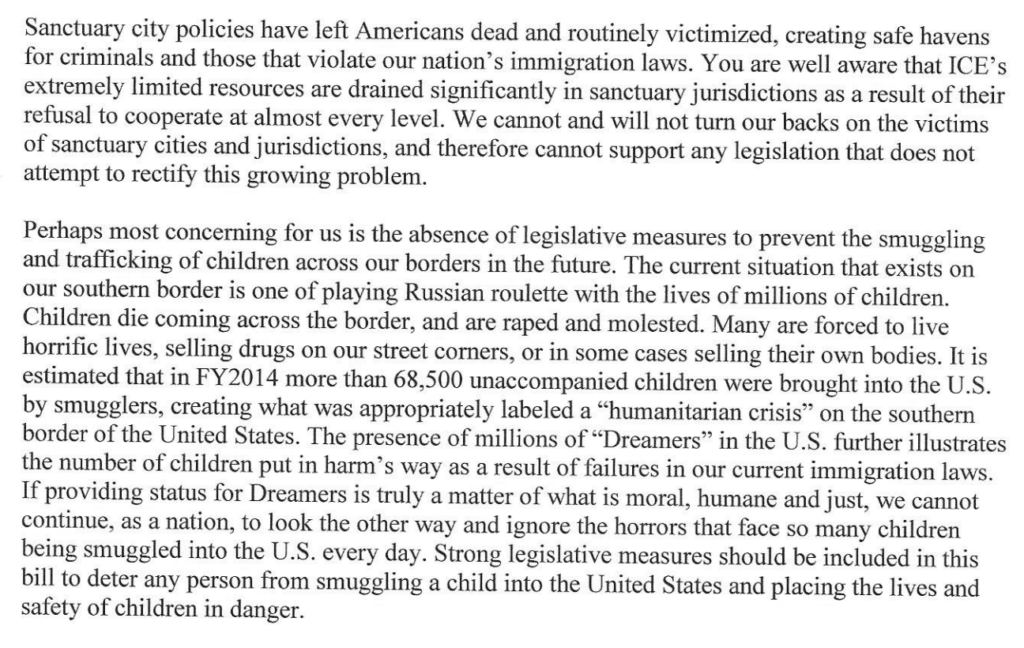 Every year, the U.S. admits more than 1.5 foreign nationals, with the vast majority deriving from family-based chain migration, whereby newly naturalized citizens can bring an unlimited number of foreign relatives to the U.S. In 2016, the legal and illegal immigrant population reached a record high 44 million. By 2023, the Center for Immigration Studies estimates that the legal and illegal immigrant population of the U.S. will make up nearly 15 percent of the entire U.S. population.