BuzzFeed News published ineligible claims for asylum made by partially identified asylum-seekers in the migrant caravan at the California border, say immigration experts.

BuzzFeed News’ immigration reporter Adolfo Flores and photographer Kate Bubacz published the article on Monday showing a photo of each of the 18 caravan asylum-seekers with their reasons for seeking asylum written on paper and held in front of their eyes. Above each photo are the asylum seeker’s first name, age, and their country of origin.

The report states that their “identities have been partially concealed” with the paper in front of their faces to protect them while they seek asylum. 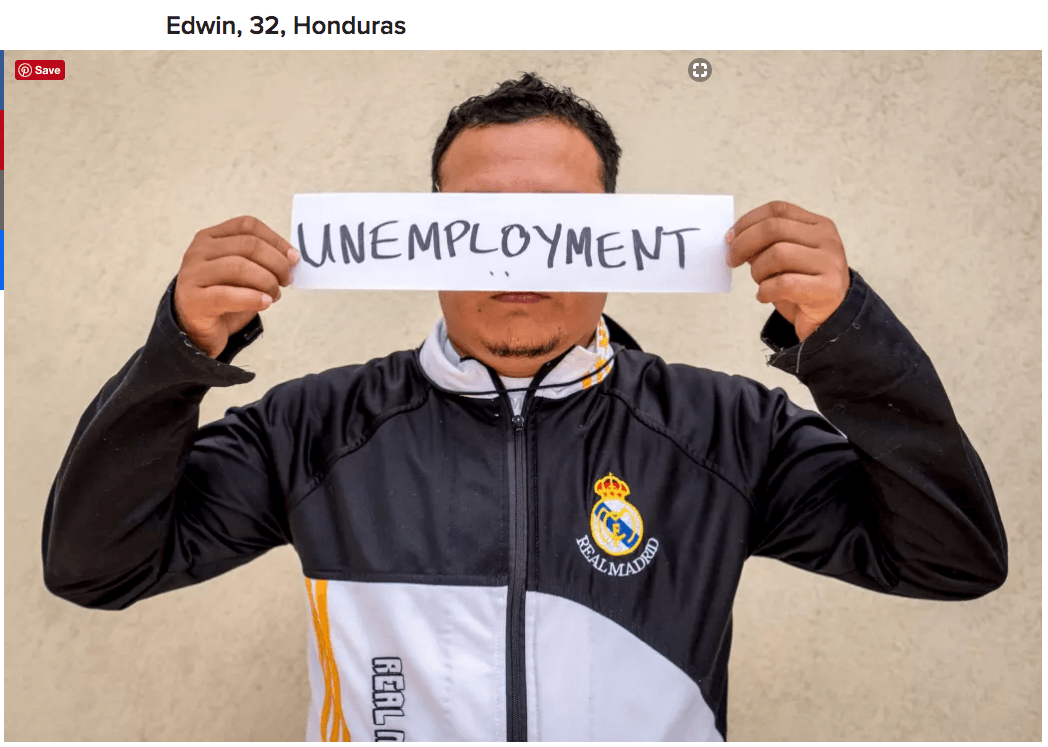 Buzzfeed image of an asylum seeker.

BuzzFeed’s decision to publish the asylum-seekers’ reasons for coming to the United States puts their cases at risk, said Jessica Vaughan, policy director at the Center for Immigration Studies.

Art Andrew, a former immigration judge, said the publication of the photos and reasons for asylum were detrimental to the asylum-seekers’ claims and safety. “You’re actually putting these people in danger by doing this,” Andrew told Breitbart News. “They’re putting their cases at risk and their lives at risk to make a political point.”

While we share Breitbart’s concern for the lives of aspiring immigrants and asylum-seekers, we don’t believe it is our job to censor their voices. Although we have masked their faces, the individuals featured in our reporting have given their consent to be photographed and interviewed, and they are well aware of the risks that come with speaking out.

Flores’ and Bubacz’s BuzzFeed report also exposed just how many of the Central Americans with the caravan profiled for the piece do not have eligible asylum claims that would allow them to remain in the U.S.

The group of 18 caravan asylum-seekers gave 12 reasons why they are seeking asylum. They include:

But “political unrest,” “fear of crime,” “family reunification,” “instability,” “violence,” and “unemployment” are not grounds for asylum in the United States, Andrew told Breitbart News.

Without further details, “extortion,” “gang threats,” and “gang recruitment” also do not make a foreign national eligible for asylum, he said.

BuzzFeed’s release of the ineligible asylum claims underscores Attorney General Jeff Sessions’ statements made last week, where he spoke of the need to block economic migrants from abusing the loose asylum system in the U.S., as Breitbart News reported.

“This is a deliberate attempt to undermine our laws and overwhelm our system,” Sessions said of the caravan of Central Americans. “There is no right to demand entry without justification.”