After an illegal alien was charged with the murder of 20-year-old college student Mollie Tibbetts, Angel Mom Sabine Durden asks, “how many more” Americans have to die at the hands of illegal aliens before the United States’ border is secured?

On Tuesday, police officials revealed that Tibbetts’ body was found in a cornfield in the rural area of Brooklyn, Iowa, where she was last seen jogging on July 18.

Illegal alien Christian Bahena-Rivera, a 24-year-old from Mexico, has been charged with first-degree murder in her death after police say he admitted to confronting and chasing down Tibbetts.

Durden, who lost her son Dominic when he was murdered by an illegal alien, asked online: “How many more will it take for all of America to wake up and get behind [President Trump] to secure our borders and clean up our country.”

JUST HOW MANY MORE WILL IT TAKE FOR ALL OF AMERICA TO WAKE UP & GET BEHIND @POTUS 2 SECURE OUR BORDERS &CLEAN UP OUR COUNTRY. RIP Mollie 💔. My prayers go out 2 her family/ friends 😢https://t.co/1fdLk24JlP

Angel Mom Mary Ann Mendoza — whose 32-year-old police officer son Brandon Mendoza was killed by a drunk illegal alien who was driving the wrong way down a highway in Mesa, Arizona — asked: “What’s it going to take for our politicians to care about Americans safety?”

What’s it going to take for our politicians to care about Americans safety??? How many more dead bodies of Americans do they need?!? https://t.co/zXpUpvlTtm

Bahena-Rivera, according to the illegal alien’s story, said he needed to get away from her or she would call the police. Tibbetts then started running and that’s when Rivera said he chased her down.

Police say Bahena-Rivera told law enforcement that after this, he blacked out and eventually Tibbetts’ body was placed in a cornfield in the Brooklyn area. Police also said they first came into contact with the illegal alien Monday. 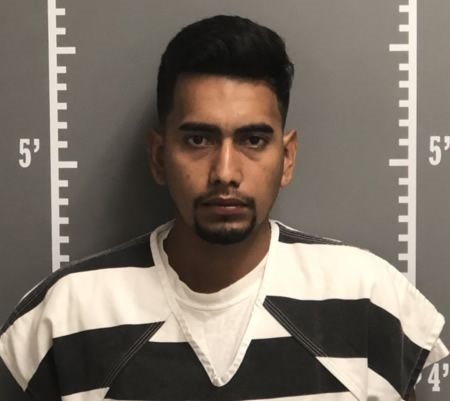 Police officials said that security camera footage was “critical” in charging the illegal alien with the murder of Tibbetts.