While the big business lobby complains that more imported foreign workers are needed to take U.S. jobs, and the open borders organizations decry all enforcement of immigration, American workers have continued to be the beneficiaries of Immigration and Customs Enforcement (ICE) raids.

President Trump’s “Buy American, Hire American” slogan has quite literally taken form in the increased number of workplace ICE raids where employers are fined and illegal alien workers are deported after fraudulently working in the country.

In May, Breitbart News’s Neil Munro reported how workplace immigration enforcement has doubled thanks to Trump’s pro-American worker agenda. Between October 2017 and May 2018, there were more than 3,500 worksite immigration-related raids.

The most famous case came in February of this year when 600 jobs were secured for black Americans and wages were increased when ICE raided the Cloverhill Bakery in northwest Chicago, Illinois. The black Americans’ wages rose 25 cents thanks to enforcement.

It was the black American employees who called ICE officials after they say their illegal, Hispanic counterparts were treated better by the bakery’s executives while being paid less than themselves.

The most recent case where American workers are seemingly benefitting from workplace immigration enforcement came in northeast Ohio at a meatpacking plant that has long been accused of hiring illegal aliens over Americans.

Fresh Mark, a meat processor in Salem, Ohio, was raided by ICE and had nearly 150 of their employees arrested on suspicion of being illegal aliens. A total of 13 illegal aliens arrested in the raid have already been federally charged with using fake identities.

Likewise, an assembly line position at Fresh Mark paid on average about $9.87 an hour. Now, the meatpacking plant is looking for assembly workers at a $10.50 hourly wage with an additional 50 cent bonus after six months of employment.

In 2009, the Center for Immigration Studies (CIS) analyzed the impact of ICE raids at six meatpacking plants owned by Swift & Co. Their findings revealed:

In 2008, the Associated Press noted how in Des Moines, Iowa — where nearly half of the workforce at Agriprocessors Inc. was comprised of  illegal aliens — the meatpacking company was forced to raise wages to attract American workers.

“There was a time when meatpacking plant jobs paid well, when there was no difficulty at all in obtaining native born workers,” University of Kansas professor Don Stull told the Associated Press at the time. “Beginning in the 1960s, that changed. The wages were driven down, and plants were moved to states where being a union member wasn’t required.”

That same year, when Howard Industries electronics plant in Laurel, Mississippi was raided by ICE and nearly 600 illegal alien workers were arrested, locals Mississippians flooded the facility for jobs. The ICE raid had created a local fair for the community. 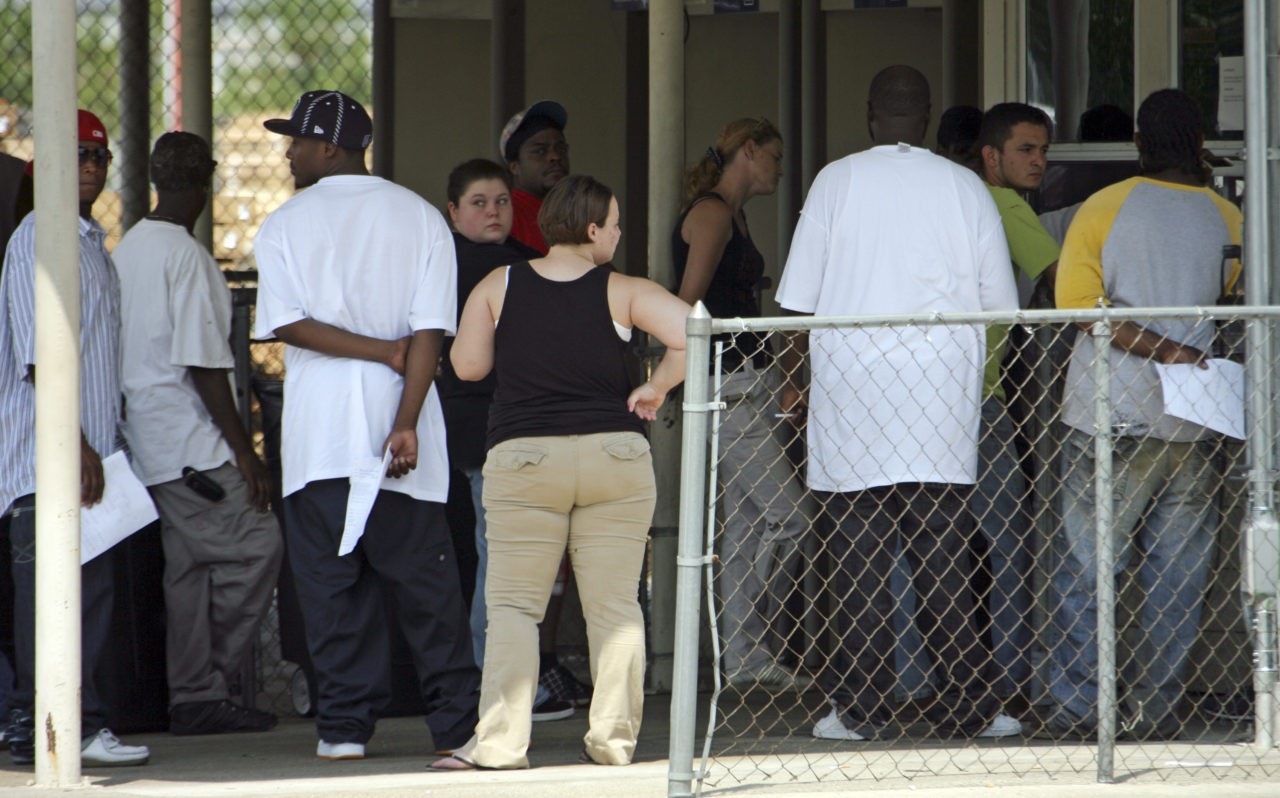 A broad approach to immigration enforcement, known as E-Verify, where businesses are mandated to screen potential employees to make sure they are American citizens or legal U.S. workers has had tremendous impacts on reducing overall unemployment in states enforcing the system.

Unemployment rates across the board for states that implemented E-Verify after the Great Recession — including Utah, Louisiana, Nebraska, Idaho, Florida, and Indiana — dropped, analysis by the Federation for American Immigration Reform (FAIR) revealed.

“Millions of American citizens would find gainful employment if they did not have to compete against unauthorized workers who undercut local wage rates,” the FAIR report notes.

In an op-ed this Labor Day, clinical professor of policy at the Lyndon B. Johnson School of Public Affairs, Ruth Ellen Wasem, says that more must be done to certify that businesses have tried to hire Americans before importing foreign workers.

In 1964, before the 1965 Immigration Act was signed into law, then-Vice Presidential candidate Rep. William Miller (R-NY) warned that the legislation would expand legal immigration so much that it would be a detriment to American taxpayers and U.S. workers.

“We estimate that if the President gets his way, and the current immigration laws are repealed, the number of immigrants next year will increase threefold and in subsequent years will increase even more … shall we, instead, look at this situation realistically and begin solving our own unemployment problems before we start tackling the world’s?” Miller asked in the New York Times.