Trump landed at the Hanoi airport early evening and was welcomed by over a dozen Vietnamese officials and American diplomats.

He traveled about 30 minutes to his hotel, as thousands of people lined the streets to welcome the president, according to reporters. Many of the locals waved U.S. and Vietnamese flags.

“Just arrived in Vietnam,” Trump wrote on Twitter. “Thank you to all of the people for the great reception in Hanoi. Tremendous crowds, and so much love!” 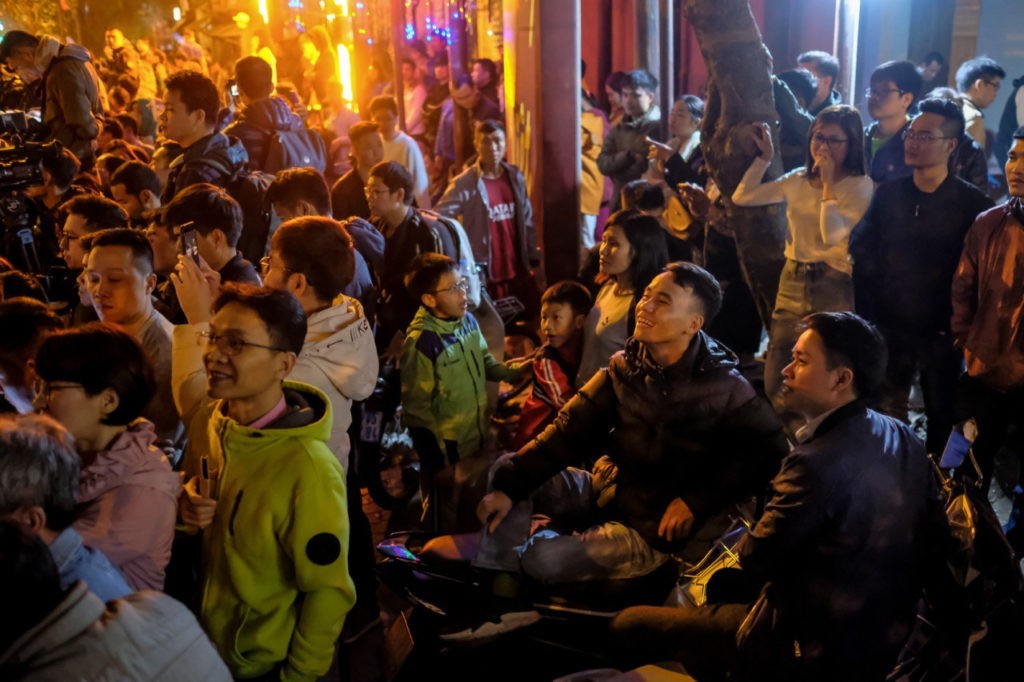 Local people wait to see the arrival of U.S President Donald Trumps motorcade in front of JW Marriott Hotel Hanoi where Donald Trump will stay during his visit to Vietnam on February 26, 2019 in Hanoi, Vietnam.  (Photo by Linh Pham/Getty Images)

Kim and Trump are scheduled to meet for dinner on Wednesday evening, followed by a more formal summit on Thursday.

Kim arrived in Vietnam on Tuesday after traveling for almost 70 hours by train.

VIDEO: North Korean leader Kim Jong Un arrives by train in northern Vietnam ahead of his second summit with US President Donald Trump in Hanoi pic.twitter.com/4Fst4OUmlV

News cameras spotted taking a smoke break during the trip.

Kim’s arrival forced American reporters to move their preset media center out of the hotel, as they were staying in the same residence as the North Koreans.

Both Fox News and CNN reporters expressed their frustration with the change in venue.

The North Koreans were clearly not happy the American press was set up at the Melia Hotel in Hanoi. As we had heard earlier, Kim Jong Un is staying at the hotel. He just arrived per @Kevinliptakcnn and @AlliemalCNN https://t.co/0MnU8VASQT

In nearly 10 years covering the @WhiteHouse, having been on Presidential trips to more than 100 countries, I have never seen the White House Press Corps kicked out of our unilateral press/broadcast center by request of a foreign leader.