The leftist Italian media have lumped together pro-life and pro-family advocates with “neofascists” and “homophobes” as the wave of “deplorables” threatening to topple the liberal status quo.

A headline in the Italian daily La Repubblica announced Saturday that “Neofascists, Anti-Abortionists, and Homophobes” formed part of the “list of deplorables” that would be descending on the northern Italian city of Verona from all over the world for an upcoming pro-family rally.

The 13th annual “World Congress of Families” will take place in Verona from March 29-31, coordinated by the U.S.-based International Organization for the Family (IOF). 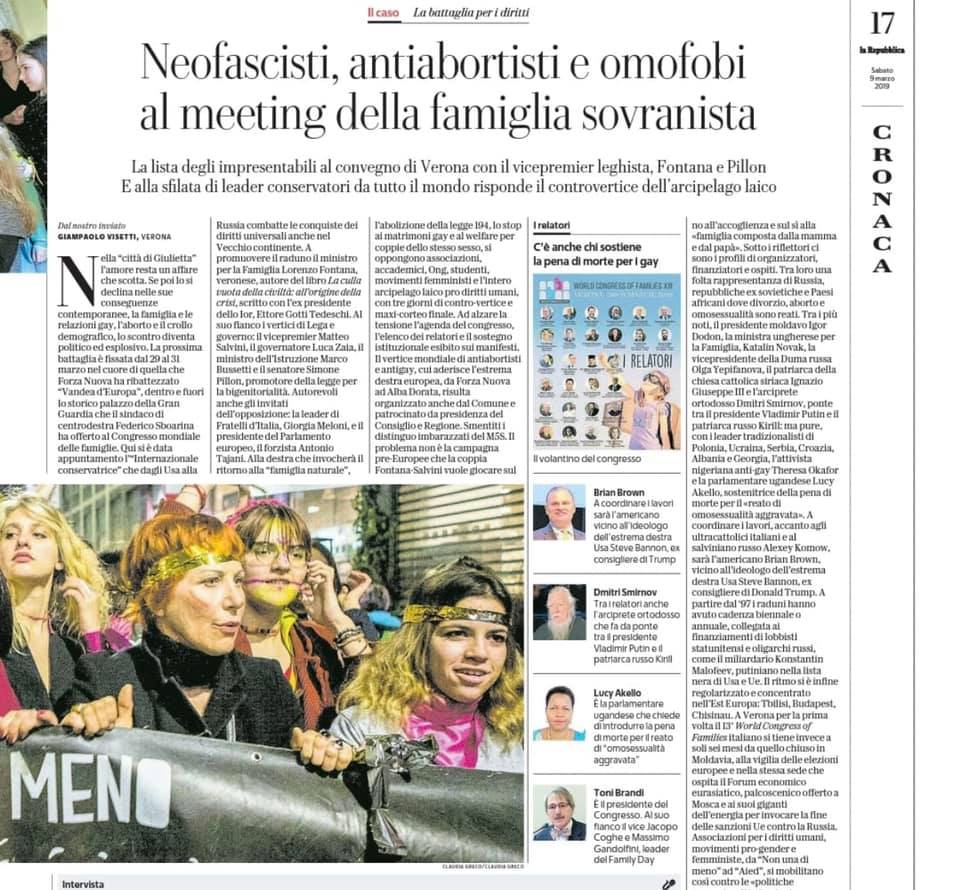 The Washington Post has said of Brian Brown, president of IOF since 2016, that the reason he “is so effective is that he is pleasantly, ruthlessly sane.”

The article in La Repubblica, written by pro-LGBT journalist Giampaolo Visetti, defines the family meeting as “the world summit of anti-abortion and antigay,” which is associated with the “European far right” and seeks to dethrone the reigning “secular human rights archipelago.”

In response to this pro-family advocacy, Visetti writes, human rights, pro-gender, and feminist movements “are mobilizing against the regressive policies of institutions and government, united against the laws of the State.”

Moreover, “universities, international organizations, center-left parties, and students” have denounced the “Christian radicalism and anti-EU sovereignty” that undergird the movement, he states.

Austrian sociologist Kristina Stoeckl sees an even darker purpose behind the pro-family gathering, proposing that the movement wants to reassert national sovereignty over the globalist gains of the last decades.

“The defense of the traditional family is not the goal,” Stoeckl said. “The purpose of the gatherings is to use the Christian tradition to create consensus on national sovereignty against the international community that defends the human rights upon which democracies are based.”

“It is the pro-sovereignty war against the multipolar world, from the U.N. to the EU,” Stoeckl said.