Households headed by foreign noncitizens living in the United States, including legal and illegal aliens, use nearly twice as much welfare as native-born Americans, research finds.

In recently released research by the Center for Immigration Studies (CIS), analysts discovered that about 63 percent of noncitizen households, those who live legally and illegally in the U.S., use some form of public welfare while only about 35 percent of native-born American households are on welfare.

Meanwhile, 45 percent of noncitizen households use food welfare programs and 50 percent are on Medicaid.

California and Texas have the most expansive welfare-dependent immigration. For example, more than 7-in-10 noncitizen households in California use at least one form of welfare compared to just 35 percent of native-born American households that use welfare in the state. 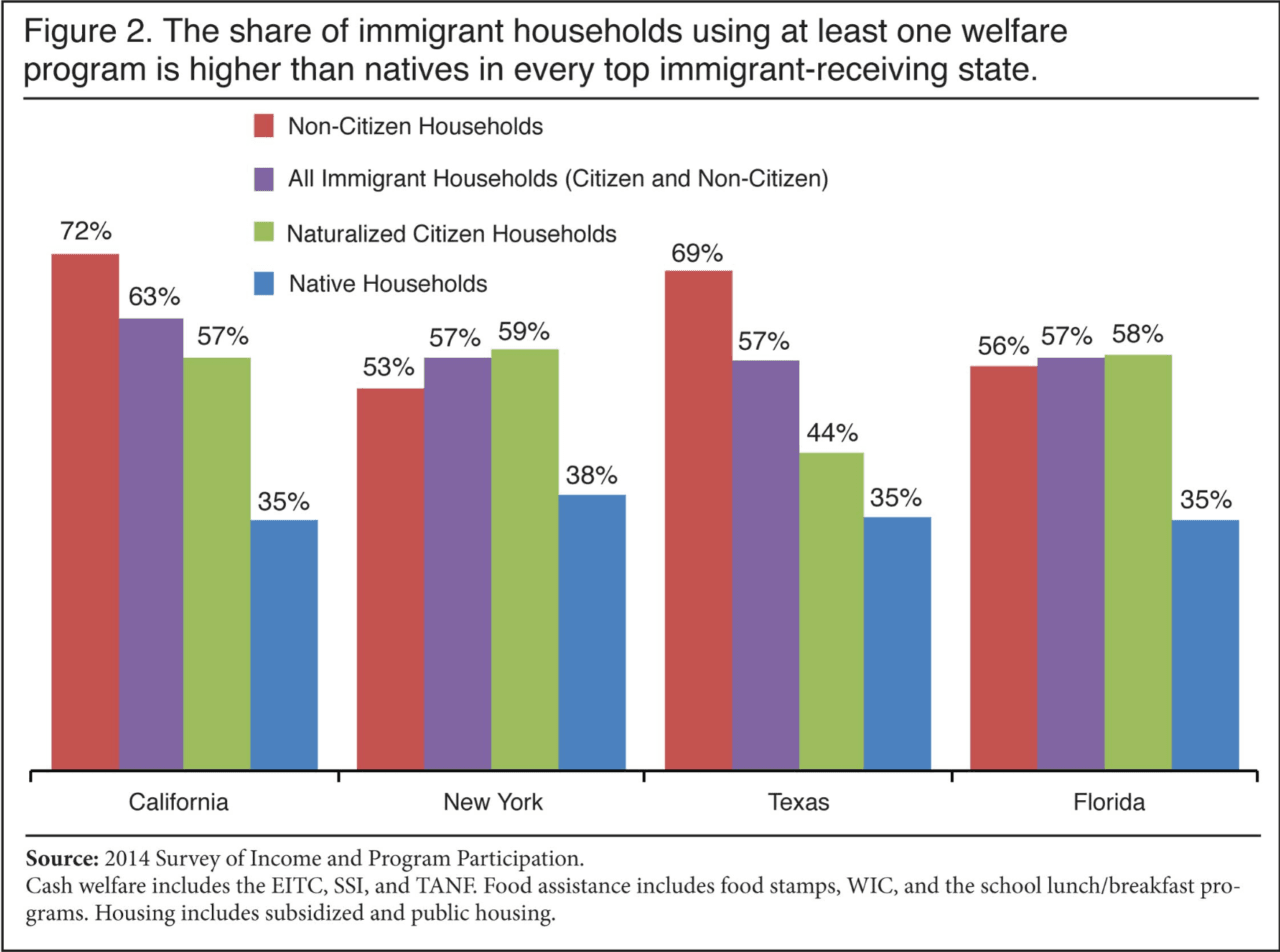 In an exclusive interview with Breitbart News this week, President Trump said he wanted an end to all welfare-dependent legal immigration that burdens American taxpayers with the costs.

“I don’t like the idea of people coming in and going on welfare for 50 years, and that’s what they want to be able to do—and it’s no good,” Trump said.

This year, the Trump administration is considering a new regulation that would effectively ban legal immigrants from permanently resettling in the U.S. if they are a burden on American taxpayers.

Currently, there is an estimated record high of 44.5 million foreign-born residents living in the U.S. This is nearly quadruple the immigrant population in 2000. The vast majority of those arriving in the country every year — more than 1.5 million annually — are low-skilled, poor or working class foreign nationals.

The legal immigration controls would be a boon for American taxpayers in the form of an annual $57.4 billion tax cut — the amount taxpayers spend every year on paying for the welfare, crime, and schooling costs of the country’s mass importation of 1.5 million new, mostly low-skilled legal immigrants.