A Massachusetts official with the Registry of Motor Vehicles (RMV) has resigned after she failed to confiscate the driver’s license of a Ukrainian refugee, accused of killing five United States Marine Corps Veterans and two of their loved ones, following a drunk driving arrest.

As Breitbart News reported, Volodymyr Zhukovskyy, a 23-year-old refugee from Ukraine, was charged this week with seven counts of negligent homicide for allegedly killing five U.S. Marine Corps Veterans and two of their loved ones on Friday, June 21, when the trailer hitched to his pickup truck hit the motorcyclists.

The victims were riding motorcycles together as members of the Jarheads Motorcycle Club, a group of U.S. Marine Corps Veterans, their spouses, and loved ones. The victims killed in the crash include: 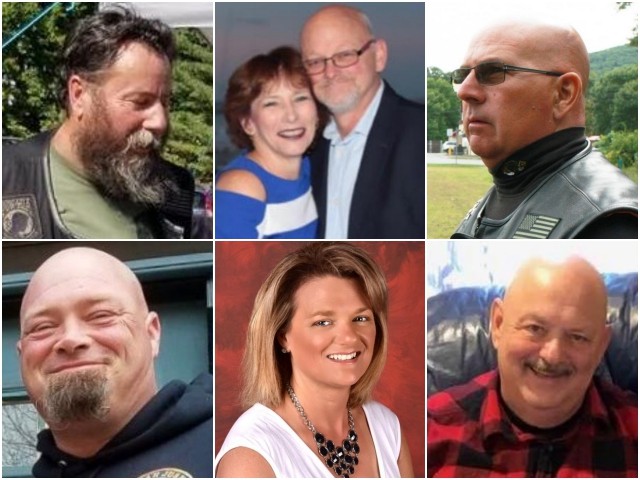 More than a month before the deadly crash, allegedly caused by Zhukovskyy, the Ukrainian national was arrested in East Windsor, Connecticut, after he failed a sobriety test. Despite being arrested for drunk driving, the second time since 2013, Zhukovskyy’s driver’s license was not suspended and was valid when he allegedly hit and killed the seven American motorcyclists.

RMV head Erin Deveney is now stepping down for failing to strip Zhukovskyy of his license after the Connecticut drunk driving arrest a month before the deadly crash — an action that could have prevented the Ukrainian national from driving his pickup and trailer that day.

Center for Immigration Studies Director of Policy Jessica Vaughan told Breitbart News that Deveney’s resignation has been “long overdue,” citing the official’s record of scandal while heading the Massachusetts RMV.

“One of the most noteworthy problems has been Deveney’s failure to address the problem of illegal alien drug traffickers obtaining Massachusetts licenses with stolen Puerto Rican identities,” Vaughan said. “This problem has been repeatedly exposed through investigative reporting, police intelligence reports, and a regional training program launched by the state law enforcement fusion center.”

Vaughan said those scandals have included incidents where noncitizens and illegal aliens have obtained Massachusetts driver’s licenses to use for drug trafficking, obtaining welfare and healthcare benefits, as well as attempting to vote.

“It has been estimated that there are tens of thousands of licenses issued to imposters claiming to be from Puerto Rico, and the Registry has been briefed by law enforcement experts on how to fix the problem, but no action has been taken,” Vaughan said.

In 2016, Vaughan said Deveney worked behind-the-scenes to slip a provision into state law that would allow illegal aliens across Massachusetts to obtain driver’s licenses. That provision was ultimately killed, but state Democrats are still advocating for expanding the state’s sanctuary policy protecting illegal aliens from deportation, including giving them driver’s licenses.

“The Zhukovskyy case shows clearly why there should be more communication and cooperation between state and federal authorities, not less, as would happen if a sanctuary bill is enacted,” Vaughan said. “This and so many other cases of drunk and drugged drivers show how loose the state license screening really is, and how adding illegal aliens to the mix will just compound the problem. At least now there’s one less advocate for illegal aliens in state government.”

Breitbart News exclusively reported that Zhukovskyy originally entered the U.S. on September 18, 2006, as a refugee from Ukraine. In 2008, he adjusted his status and secured a green card to become a legal permanent resident. The Immigration and Customs Enforcement (ICE) agency has asked that should Zhukovskyy be released from prison at any time that he be turned over to them for deportation.