About 109 counties across the United States have become majority-minority in less than 20 years, new demographic data reveals.

The latest Pew Research Center study finds that between 2000 and 2018, 109 U.S. counties across 22 states have had their non-Hispanic white populations drop below 50 percent, while the Hispanic, Asian, and black American populations have all grown.

Today, there are roughly 293 majority-minority U.S. counties, concentrated mostly along the coasts in states such as California, Florida, Texas, Virginia, North Carolina, Louisiana, Alabama, and Mississippi.

Pew Research Center analysts project that in the next decade, Fairfax County, Virginia; Pima County, Arizona; Milwaukee County, Wisconsin; and Cobb County, Georgia may all flip from majority white to majority-minority. In each of these counties, the white population is less than 52 percent. 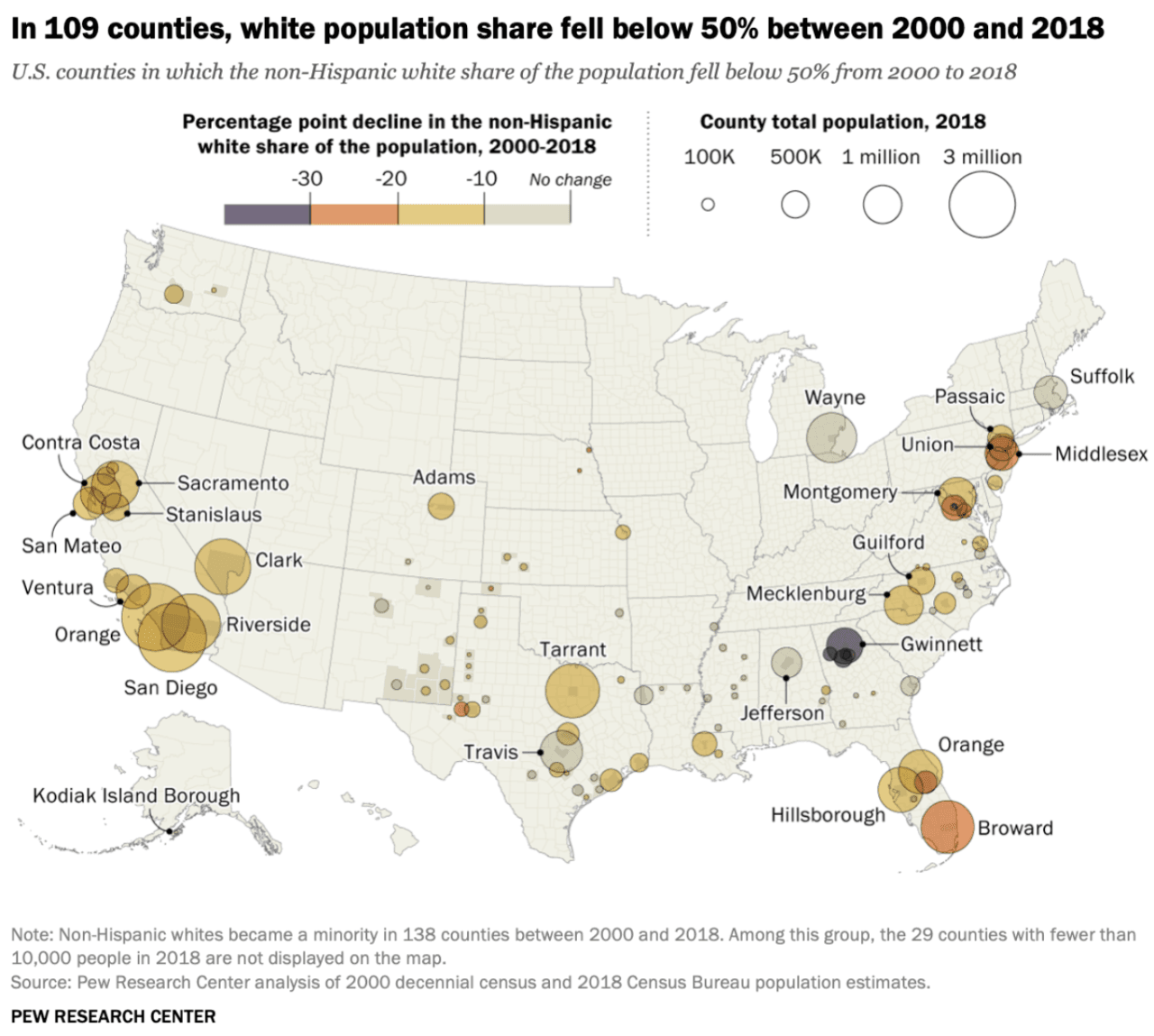 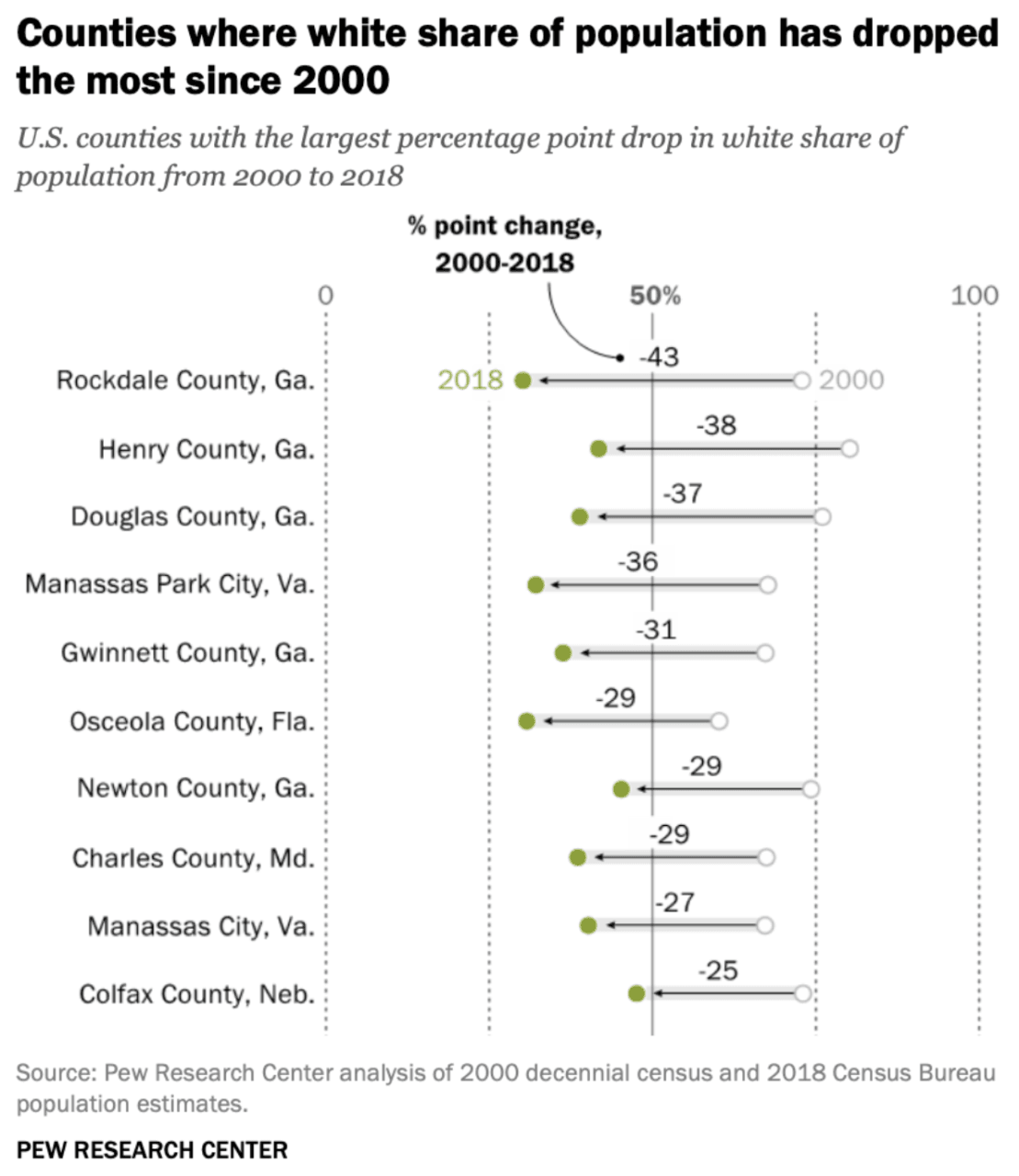 Hispanic residents tended to be the largest demographic group in all eight of these counties, except for Wayne County where black Americans make up a plurality of residents.

Census Bureau data finds that Hispanics are adding about nine residents to the Texas population every year for every one white resident, as Breitbart News reported. Last year, the white resident population of Texas grew by only about 24,000. In 2018, the Hispanic population in the U.S. hit an all-time record high of nearly 60 million.