And it makes clear that such a life comes in all shapes and sizes, can be found at all socio-economic levels, and is valuable whether in a civilian existence or a life lived in uniform.

Paronto was a Ranger with the 2nd Battalion, 75th Ranger Regiment. He served as a “private security contractor” in various nations around the world, including service fighting pirates on the high seas in and around Somalia. And he was there for the September 11, 2012, Benghazi attack.

He was part of the CIA Annex security team that fought for 13 hours he will never forget.

When terrorists attacked the Special Mission compound our team was initially told to stand down and to wait for local forces to arrive to handle the situation. But American lives were at risk, so out team acted against orders and fought all night, against tremendous odds, retaking the compound and defending attacks on the Annex.

Looking at the totality of things, Paranto draws lessons for the reader. He observes, “We worry about all kinds of things that are not under our control, while neglecting the many things that we can control.” But he stresses that we are not relieved of duty simply because certain things fall outside our purview: “The specific circumstances you are facing might be out of your control, but the way you respond to those circumstance is 100 percent up to you.” 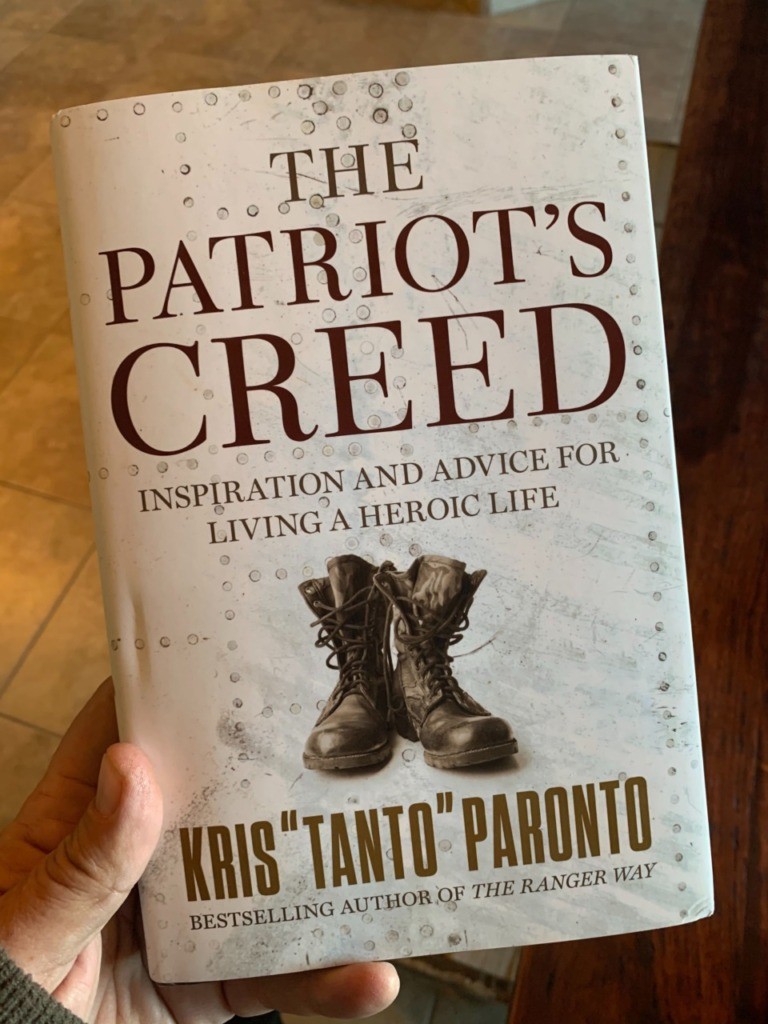 But the book is not a Paronto autobiography. Rather, it is an opportunity for him to highlight Army Values–Loyalty, Duty, Respect, Selfless Service, Honor, Integrity, and Personal Courage–and explain how those apply to everyday life.

He highlights those values by pointing to people who have exemplified them while under fire on a battlefield, while facing levels of personal adversity that most people cannot fathom, or both.

Ultimately, The Patriot’s Creed is about learning how to take responsibility for one’s self, one’s team, and one’s country. Such responsibility takes sacrifice, but the myriad examples listed by Paronto remind us that individuals in situations unimaginable for all their disadvantages have answered the call and won the fight.

Paronto reminds us, too, that overarching in his mind is the maxim spoken by Christ, “Greater love has no one that this; to lay down one’s life for one’s friends.” (John 15:13 NIV)