Utah Attorney General Sean Reyes took the stage on Tuesday at the Department of Transportation (DOT) where he recalled meeting with President Donald Trump not long after the 2016 election about the scourge of human trafficking.

“Let me give credit first to our president, Donald J. Trump,” Reyes said. “I had occasion to share with him in the Oval Office photos from a rescue that I did undercover in another country,” Reyes said. 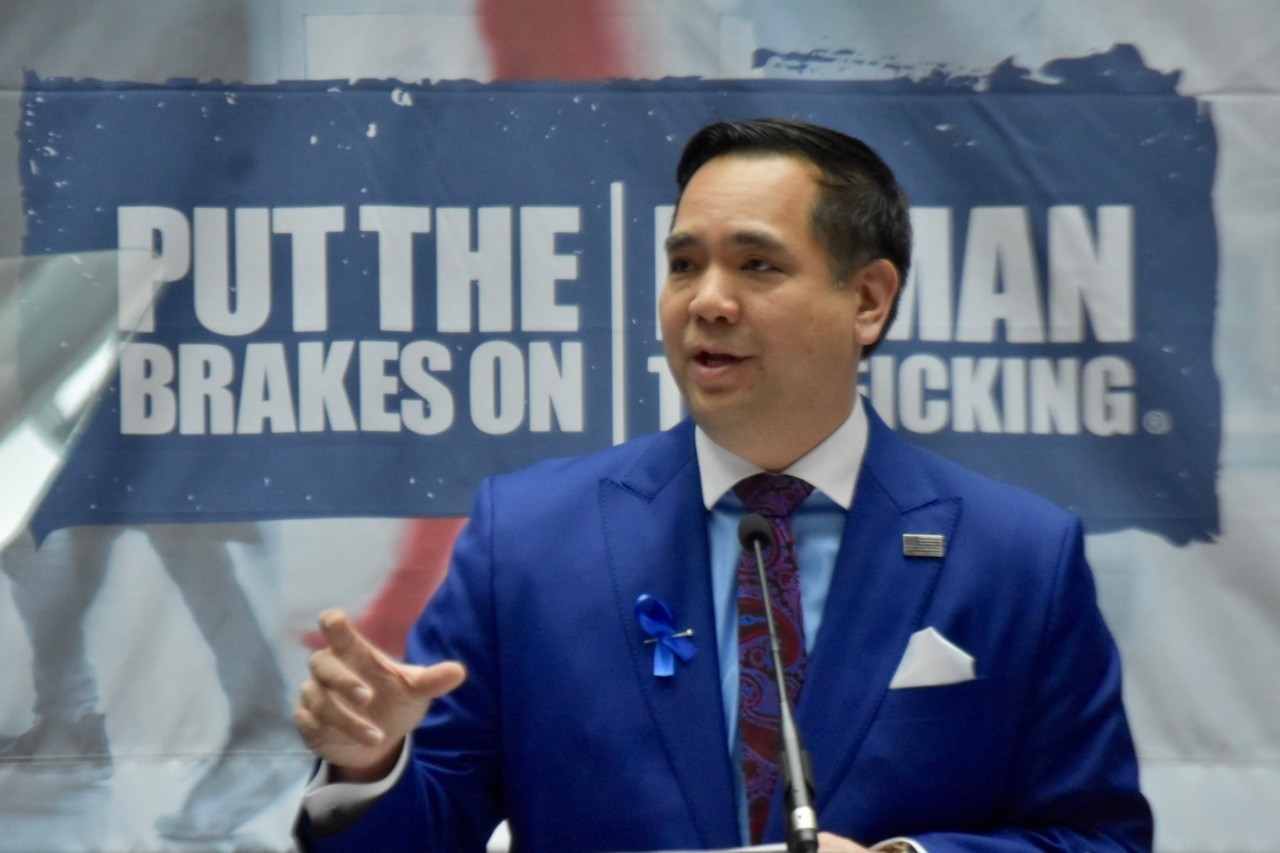 “My team posed as the bad guys, as sex buyers. We flushed out the real traffickers, rescuing dozens of little girls in that nation,” Reyes said. “And when the president saw the pictures and heard the stories, he said, ‘Sean I’m going to make fighting this a priority.'”

Part of that promise to prioritize human trafficking unfolded at DOT where Secretary Elaine Chao convened panels of experts to discuss how the federal government can partner with state and local governments and the private sector to fight human trafficking in the nation’s transportation infrastructure.

Kendis Paris, executive director of Truckers Against Trafficking (TAT), said there are more professional drivers on American roads than law enforcement, and they can and are making a difference.

She shared stories about truckers who have rescued victims and helped investigators after getting training from TAT and reacting to suspicious activities at truck stops and hotel parking lots.

Reyes said in his remarks that one of the challenges in the fight to end human trafficking is getting people to understand its significance.

“The biggest problem when it comes to human trafficking remains this: Most people still have no clue that it even exists,” Reyes said. “But with events like these, we united, need to set the record straight.”

“While the history books in our schools teach that slavery has ended, it most certainly has not,” Reyes said. “And we need now, more than ever, professionals from the transportation industry, in government, in the private sector, to stand up with us and fight this fight.”

Also on hand at the event were lawmakers Rep. Henry Cuellar (D-TX), who backed $2.4 million for the Crime Victims Fund in the most recent spending bill and also secured money to support the President’s Interagency Task Force to Monitor and Combat Trafficking in Persons, and Rep. Chris Smith (R-NJ), who authored the Trafficking Victims Protection Act in 2000 and is also behind four other major pieces of trafficking legislation, including the 2020 Frederick Douglass Trafficking Victims Prevention and Protection Act.

“Human trafficking is a barbaric human rights abuse that thrives on greed, secrecy, a perverted sense of entitlement to exploit the vulnerable, and an unimaginable disregard for the victims,” Smith said at Tuesday’s event. 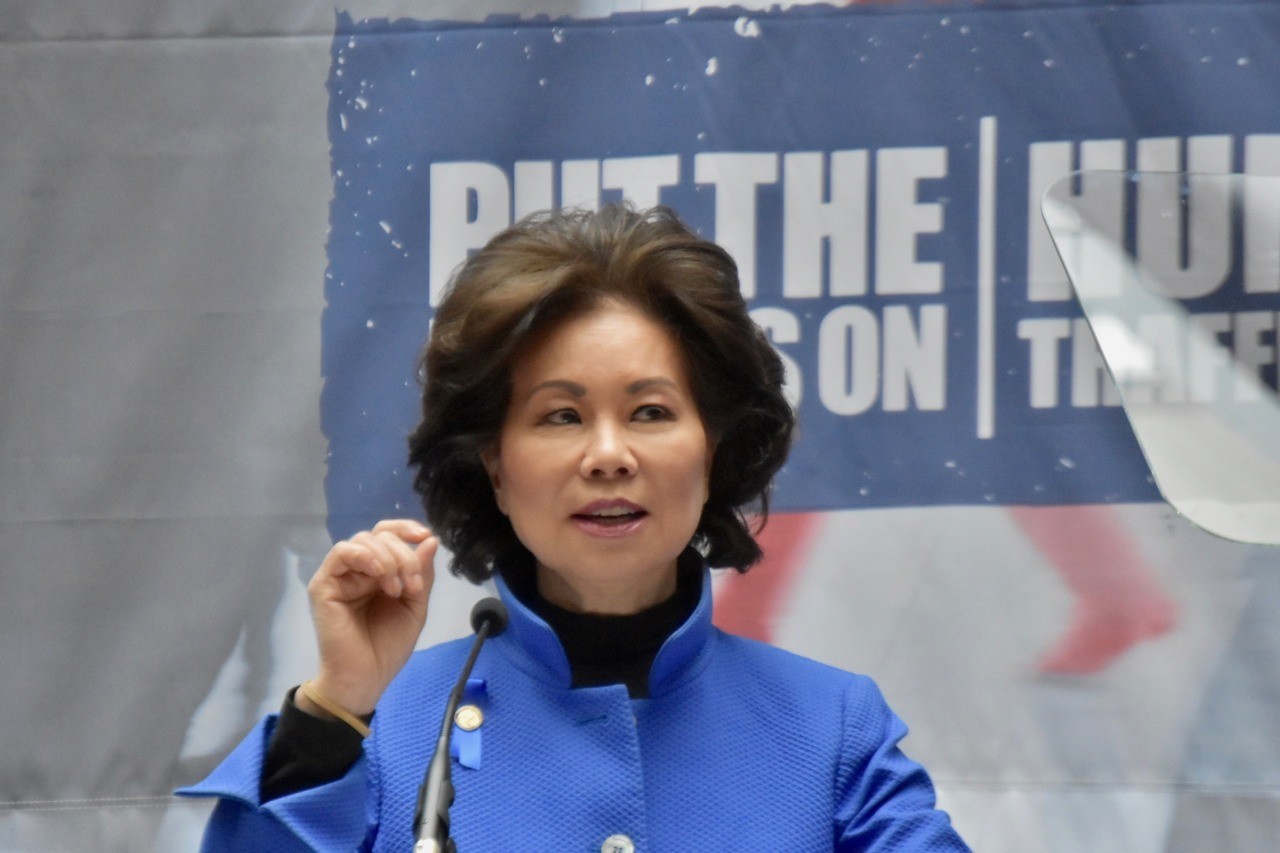 The U.S. Department of Transportation Secretary Elaine Chao spoke about the Trump administration’s efforts to fight human trafficking, including in the transportation sector. (Penny Starr/Breitbart News)

“The U.S. Department of Transportation is committed to working with our public and private partners to fight human trafficking on America’s transportation system,” Chao said.

Twenty-four organizations in the United States will each receive funding for projects to help prevent human trafficking and other crimes on public transportation.

More information about the DOT effort is available here.