“Now we’re friends with China, in fact maybe we’ve never had a better relationship and we’re working with them very closely on the coronavirus,” Trump said at a campaign rally in Des Moines, Iowa.

Trump noted there were only five confirmed cases of the virus in the United States, but acknowledged China was suffering a great deal more.

“They have somewhat of a problem but hopefully it’s all going to be great,” he said.

The president reassured supporters the United States would continue working with China and other countries.

“We’re working with China, just so you know, and other countries very, very, closely so it doesn’t get out of hand,” Trump said. “But its something that we have to be very very careful with, right?” 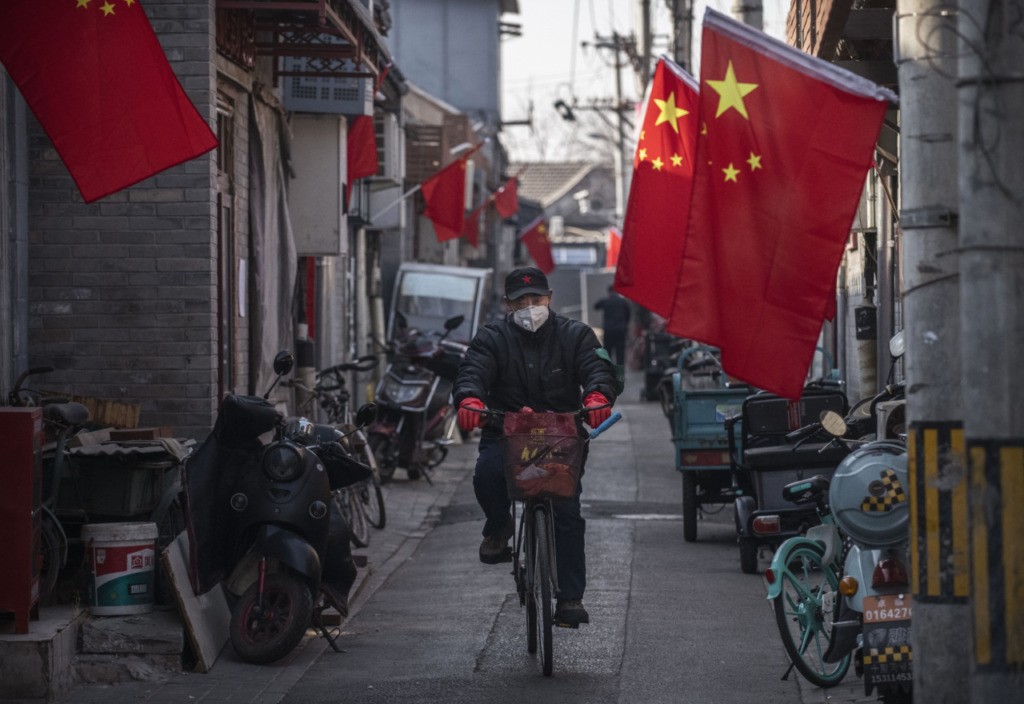 A Chinese man wears a protective mask as he rides his bike in an alley on January 31, 2020 in Beijing, China. The number of cases of a deadly new coronavirus rose to almost 9700 in mainland China on Friday, the day after the World Health Organization (WHO) declared the outbreak a global public health emergency. (Kevin Frayer/Getty Images)

Trump also addressed the spread of the coronavirus in China during an event in Michigan on Thursday promoting the USMCA trade deal.

“That’s a new thing that a lot of people are talking about. Hopefully, it won’t be as bad as some people think it could be,” he said. “But we’re working very closely with them and with a lot of other people and a lot of other countries and we think we have it very well under control.”

Although the White House is reportedly considering a travel ban from China, the president has not signaled whether or not he wants to do it.

More than 200 people have died in China from the virus, with about 9,800 infections confirmed.

The State Department on Thursday issued a “Do Not Travel” advisory to Americans planning to travel there as the outbreak continues to spread.

On Wednesday, President Trump announced the formation of a task force specifically directed to monitor and fight the spread of coronavirus, lead by Secretary of Health and Human Services Alex Azar.

Just received a briefing on the Coronavirus in China from all of our GREAT agencies, who are also working closely with China. We will continue to monitor the ongoing developments. We have the best experts anywhere in the world, and they are on top of it 24/7! pic.twitter.com/rrtF1Stk78