House Speaker Nancy Pelosi’s (D-CA) HEROES Act would end the cap on a little-known SALT tax deduction that has been strictly limited by President Trump, offering the top one percent in coastal states like New York, Massachusetts, and California a huge tax break.

The maneuver would give millionaires and billionaires, for 2020 and 2021, a windfall of more than $100,000 for taxpayers with annual incomes over $1 million. 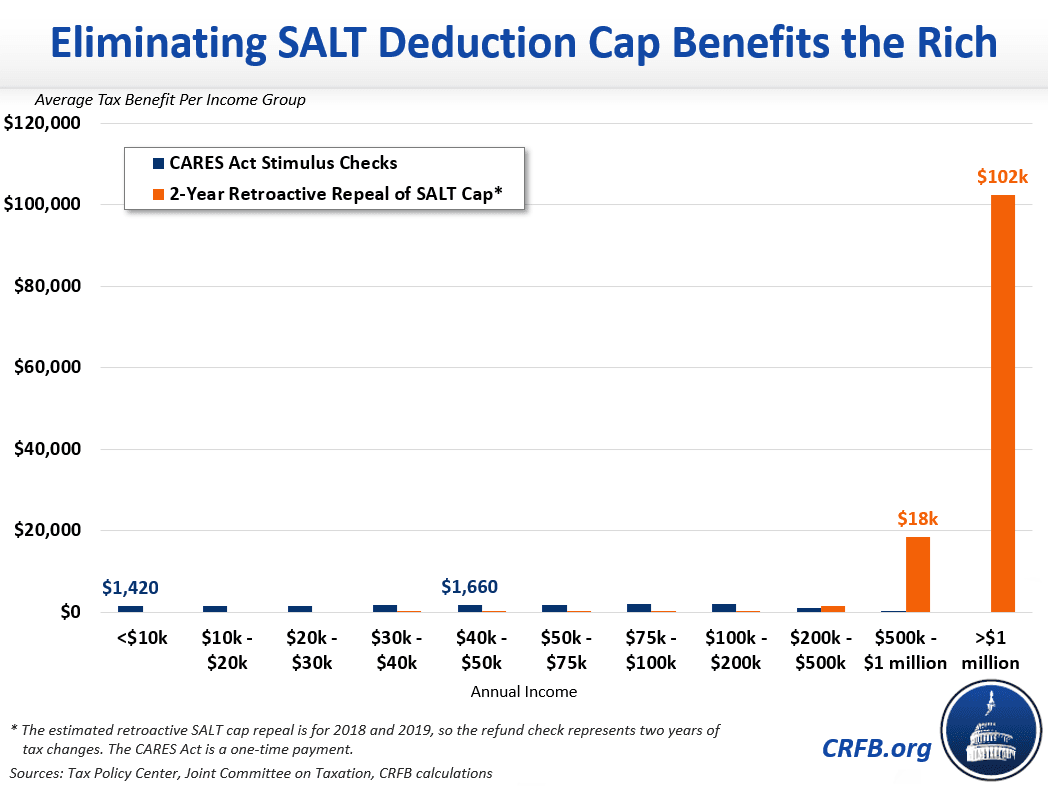 (Committee for a Responsible Federal Budget)

“Completely repealing the cap retroactively for the last two years would cost over $130 billion, with about half the benefit going to households making over $1 million a year,” Committee for a Responsible Federal Budget (CRFB) analysts write. They add:

Repealing the SALT cap retroactively for two years will also send out checks as people amend their 2018 and 2019 taxes, but those checks would be almost exclusively sent to high-income households. The average household making over $1 million would receive over $100,000. Households making less than $50,000 would receive almost no benefit from repealing or raising the SALT cap.

Likewise, Pelosi’s HEROES Act would provide business with a neverending flood of cheap, illegal foreign labor that they would be legally allowed to hire over the roughly 36.5 million Americans who are jobless due to the crisis.

Extensive research by economists like George Borjas and analyst Steven Camarota reveals that the country’s current mass immigration system burdens U.S. taxpayers and America’s working and middle class while redistributing about $500 billion in wealth every year to major employers and new arrivals. Similarly, research has revealed how Americans’ wages are crushed by the country’s high immigration levels.