The Democrat mayors of 15 cities across the United States have signed a letter asking Attorney General William Barr and Acting Secretary of the Department of Homeland Security Chad Wolf to remove or not send federal law enforcement officers to their municipalities, calling the deployments an “abuse of power.”

The news comes on day after Wolf and Mark Morgan, chief operating officer and senior official performing the duties of the Commissioner of CBP, held a press conference at DHS headquarters in Washington, D.C. and explained that federal officers were deployed to the city in early July to protect federal businesses and federal police.

Wolf said that the deployment is in keeping with federal authority to protect federal buildings and personnel that goes back decades and that Portland was the only city where a deployment has taken place.

“Portland is unique,” Wolf said. “There’s no other city like it right now that we see this violence at federal courthouses.”

“We have no other teams like has been described here in any other city,” Wolf said. “It’s just Portland.”

CNN reported on the “clash” between protesters and federal agents, even if Wolf and Morgan made it clear at the press conference that the people trying to destroy federal buildings and hurt police officers are not peaceful protesters but violent criminals:

The letter says federal officers have used “significant force” against Portland protesters on a nightly basis, accusing the officers of having “snatched” a person from the street and placed them in an unmarked vehicle and shooting another in the head with a munition.

“These are tactics we expect from authoritarian regimes — not our democracy,” the mayors wrote.

“The murder of George Floyd in Minneapolis sparked a national uprising and reckoning,” the letter said. “The majority of the protests have been peaceful and aimed at improving our communities. Where this is not the case, it still does not justify the use of federal forces. Unilaterally deploying these paramilitary-type forces into our cities is wholly inconsistent with our system of democracy and our most basic values.”

CNN reported that Oregon’s U.S. Attorney last week called for an investigation into “why some protesters were being taken by federal agents without badges and put into unmarked vehicles.” 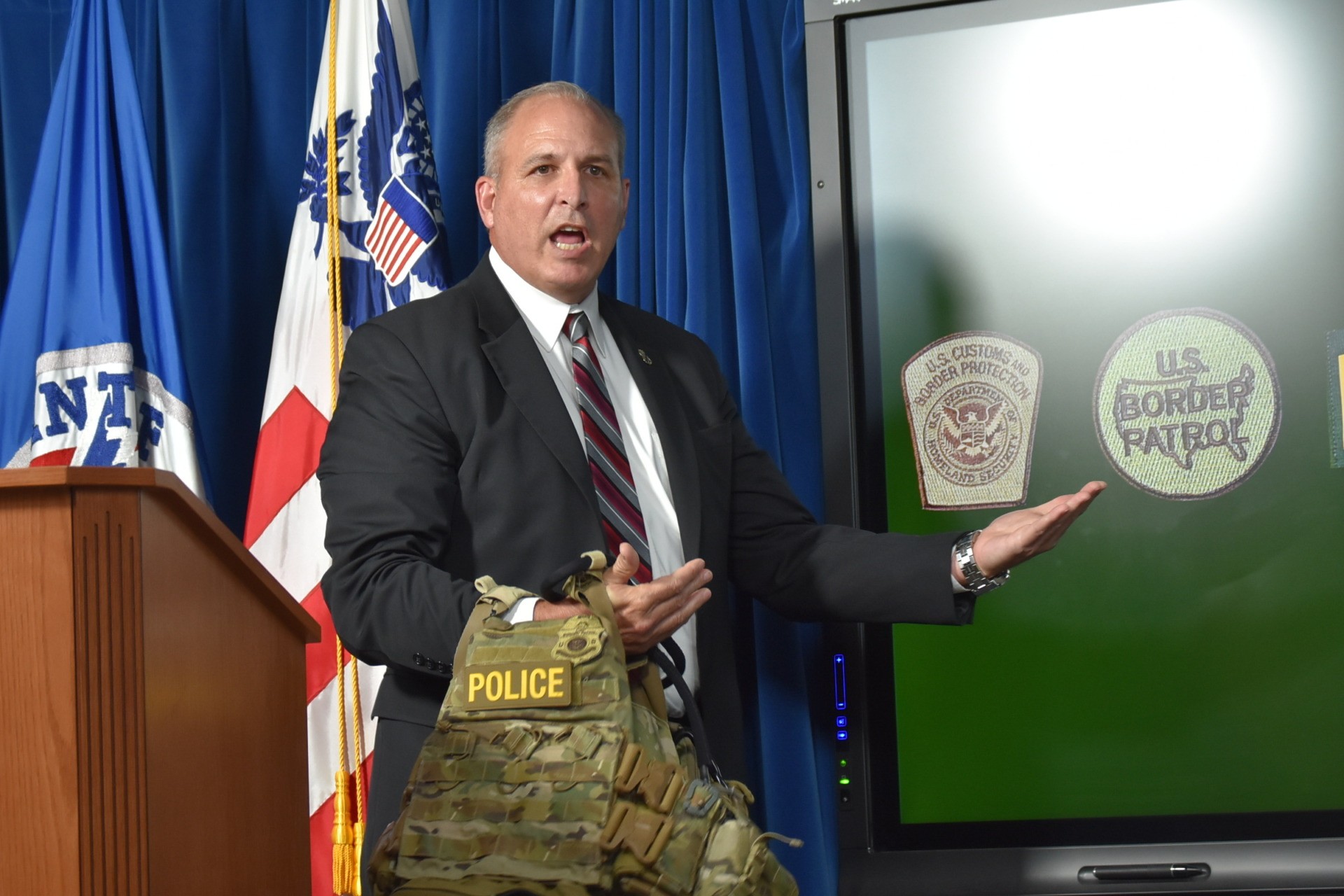 Mark Morgan, chief operating officer and senior official performing the duties of the Commissioner of CBP, showed reports at a press conference in D.C. on Tuesday what federal police deployed in Portland, Oregon, are wearing, which clearly shows that the are law enforcement. (Penny Starr/Breitbart News)

In fact, at the press conference, the uniforms that federal police officers are wearing in Oregon were shown to reporters and clearly show they are identified as law enforcement.

“I offered DHS support to help locally address the situation that’s going on in Portland, and their only response was: please pack up and go home,” Wolf said in an interview with Fox News, CNN reported. “That’s just not going to happen on my watch.”