An annual study released by the Federation for American Immigration Reform (FAIR) finds that the illegal alien population in the U.S. has grown by at least 200,000 since 2019 and has cost taxpayers an additional $2 billion since last year.

Though the number of illegal aliens in the U.S. has increased, the FAIR study states that growth among the illegal alien population has slowed over the last year because of the Chinese coronavirus crisis and because of former President Donald Trump’s “Remain in Mexico” policy, which stopped the practice of border crossers being released into the interior of the country.

“As many as 60 percent of all new illegal aliens in any given year are those who have overstayed visas,” FAIR researchers write. “Thanks to a timely travel freeze implemented by the Trump administration to stop the spread of the virus, far fewer people entered the United States in recent months, so far fewer people had the opportunity to overstay their visas.” 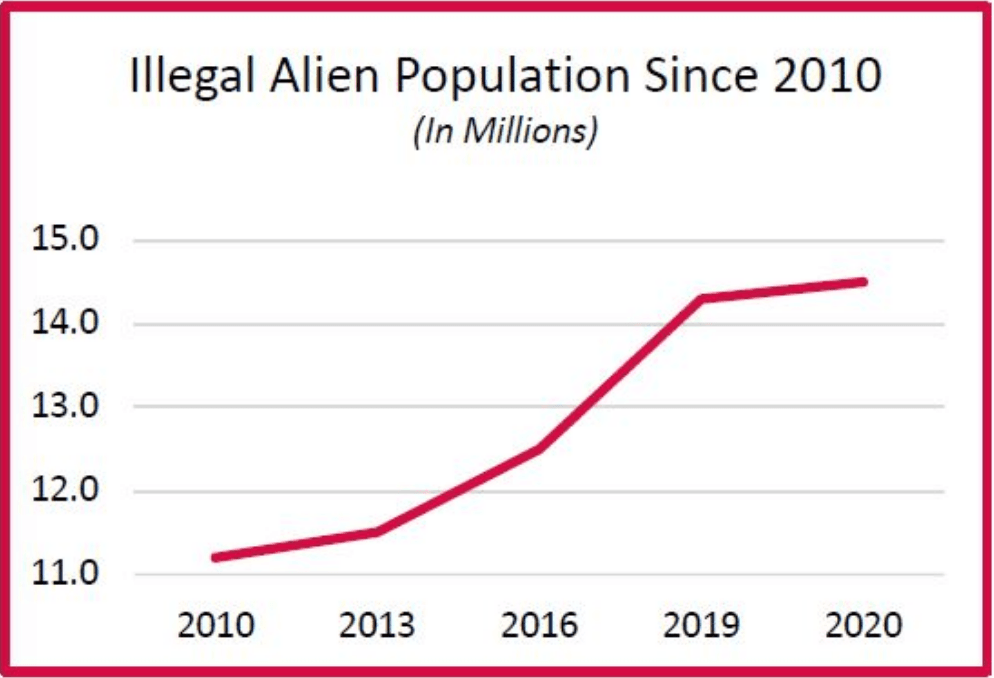 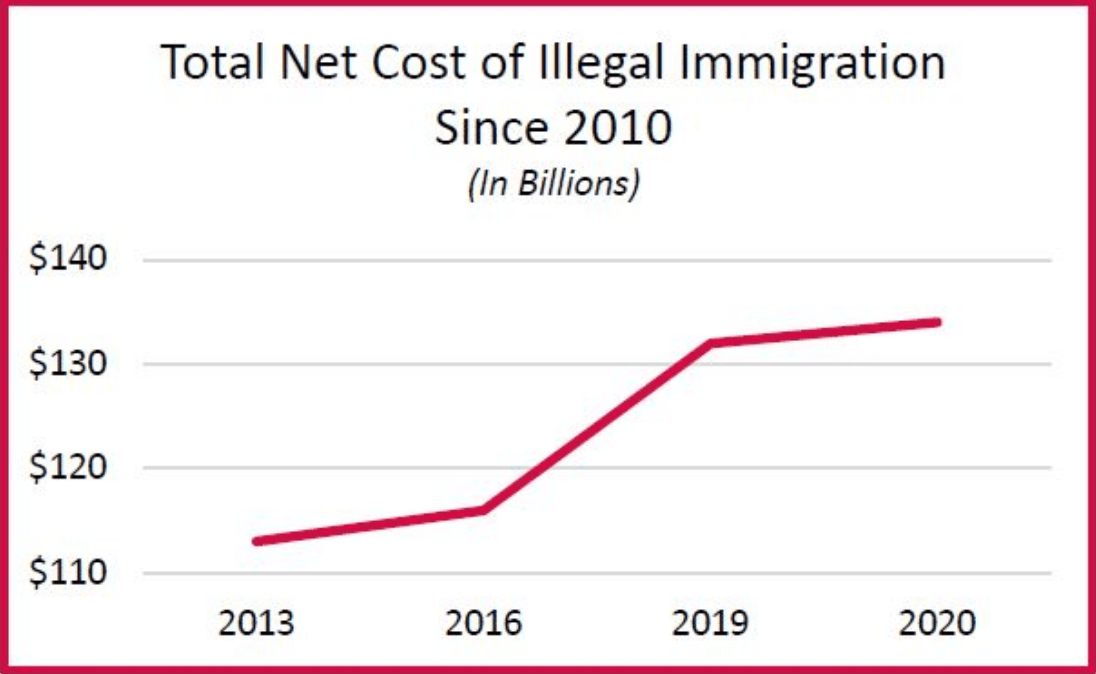 The study found that most illegal aliens in the U.S. tend to live near the southern border or in states that offer expansive sanctuary protections that shield them from arrest and deportation by federal immigration officials.

“The ten states with the largest estimated illegal alien populations account for just under three-fourths (71%) of the national illegal alien total,” the study states.

Most significantly, the study details the federal government’s ineffectiveness to properly count the illegal alien population — including the annual total of those who illegally cross U.S. borders and visa overstays.

“In truth, we do not know exactly how many people cross the border unlawfully and evade immigration authorities,” the researchers note. “We can only estimate these figures based on how many individuals U.S. Customs and Border Protection and Immigration and Customs Enforcement believe slip through their detection.”

The study comes as President Joe Biden is easing interior immigration enforcement by only prioritizing the arrest and detainment of those convicted of felonies and seeks a halt to deportations for at least 100 days.

Biden has also proposed an amnesty for nearly the entire illegal alien population, a policy that would add millions of foreign nationals to the U.S. labor market at a time of mass unemployment where 18 million Americans remain jobless.

Every year, the U.S. gives green cards to about 1.2 million legal immigrants and another 1.4 million visas to foreign nationals. The nation’s mass legal immigration process is in addition to hundreds of thousands of illegal aliens who successfully crossed the border or overstay their visas annually.

John Binder is a reporter for Breitbart News. Email him at jbinder@breitbart.com.